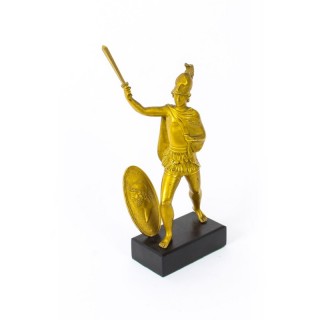 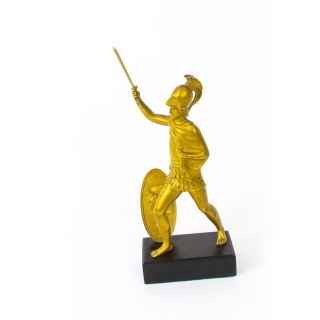 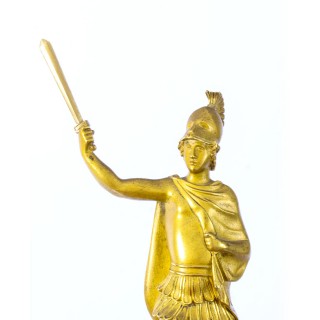 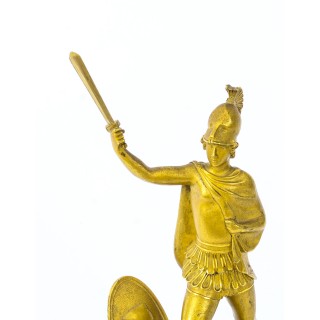 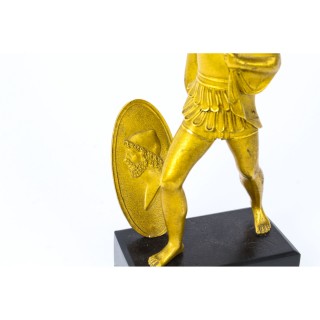 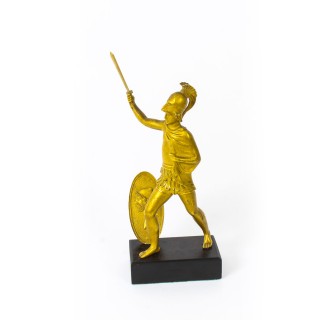 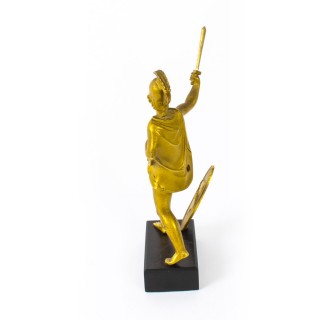 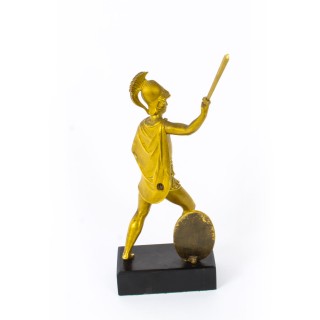 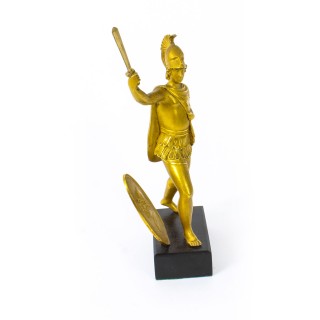 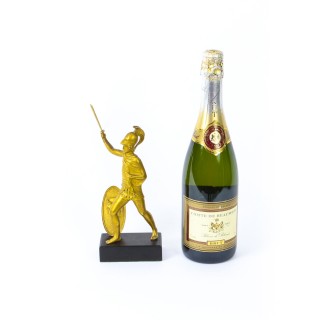 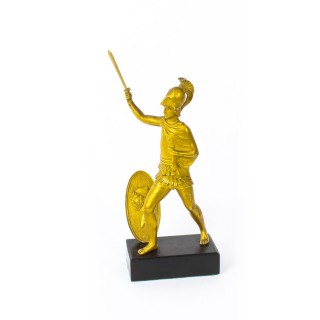 A superbly cast antique Italian Grand Tour ormolu figure of a Roman soldier, circa 1850 in date.

The soldier is armed with a raised sword, dressed in traditional costume with a fine portrait shield at his side and stands on a rectangular belge noir marble base.

The craftsmanship is second to none throughout all aspects of this sculpture and it is sure to add an unparalleled touch of elegance to your home.