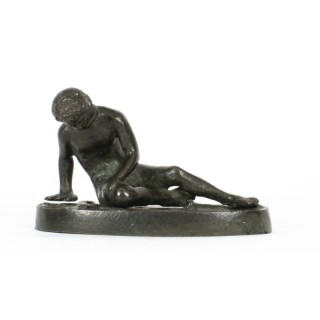 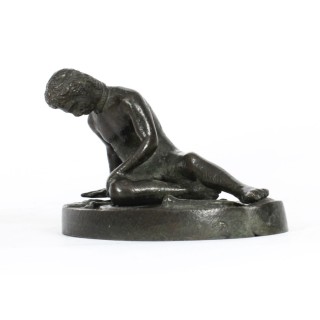 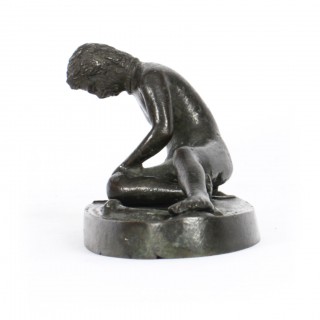 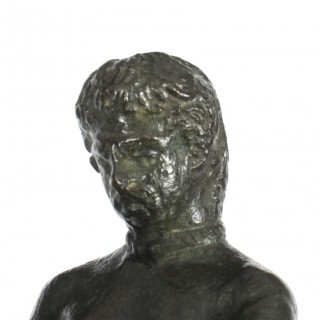 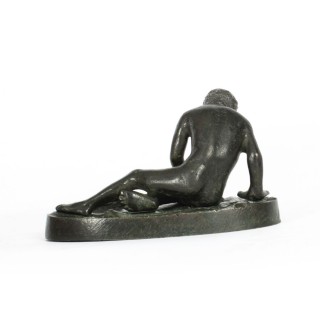 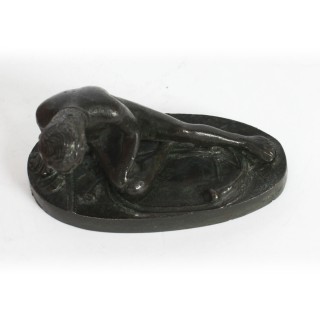 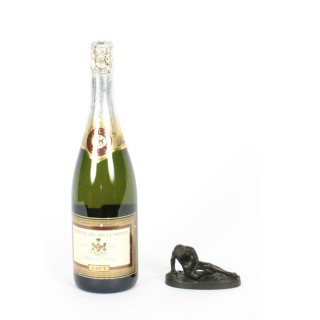 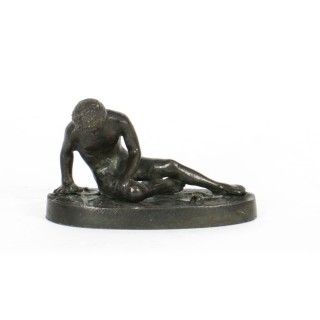 This striking classical sculpture is after the original antique Roman marble sculpture found in the Capitoline Museum in the early 17th Century, which is itself a copy of an ancient Hellenistic bronze sculpture commissioned by Attalus of Pergamon in 230-220 BC to celebrate his victory over the Galatians.

It depicts the wounded naked dying gladiator, he is beautifully featured as a Celtic warrior. He lies on his fallen shield while his sword lies beside him on the right-hand side and his head is looking downward in dignified sorrow.

Like the original antique Roman sculpture, it is raised on an oval bronze base, which is very appropriate to highlight the figure.

The attention to detail throughout this piece is second to none.

Add a classical dimension to your home with this captivating small Italian Grand Tour sculpture.

The Dying Gaul (in Italian: Galata Morente), formerly known as the Dying Gladiator, is an ancient Roman marble copy of a lost Hellenistic sculpture that is thought to have been executed in bronze, which was commissioned some time between 230 BC and 220 BC by Attalus I ofPergamon to celebrate his victory over the Celtic Galatians in Anatolia.

The present base was added after its rediscovery. The identity of the sculptor of the original is unknown, but it has been suggested that Epigonus, the court sculptor of the Attalid dynasty of Pergamon, may have been its sculptor.

The statue depicts a dying Celt with remarkable realism, particularly in the face, and may have been painted. He is represented as a Gallic warrior with a typically Gallic hairstyle and moustache. He lies on his fallen shield while his sword and other objects lie beside him.

The statue was most commonly known as the Dying Gladiator until the twentieth century, on the assumption that it depicted a wounded gladiator in the Roman amphitheatre. Scholars had identified it as a Gaul by the mid nineteenth century, but it took many decades for the new label to become the norm.