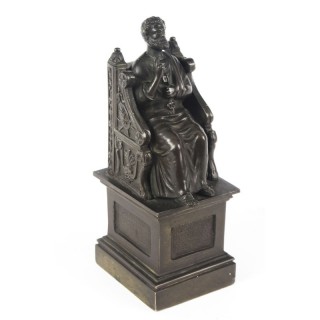 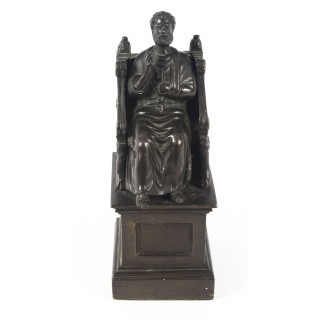 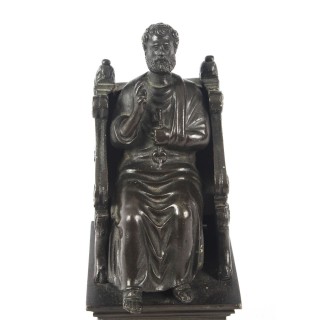 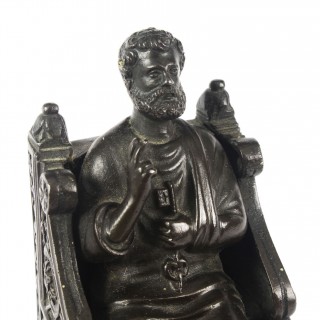 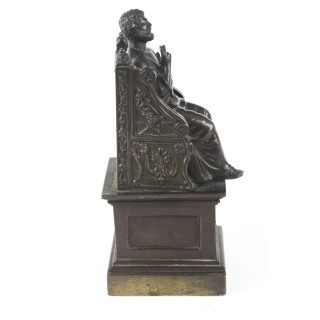 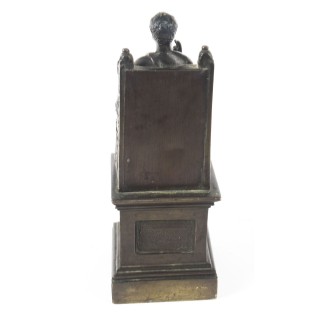 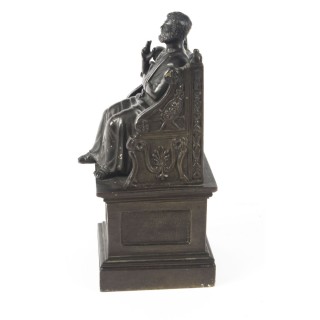 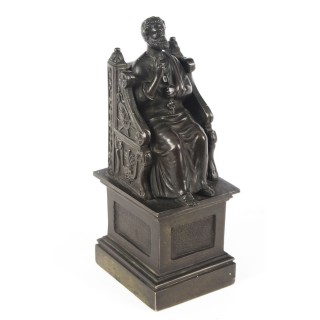 A superb antique Italian Grand Tour patinated bronze sculpture of St Peter seated on a bronze throne, circa 1880 in date.

This patinated bronze sculpture of St. Peter is after the original by Arnolfo di Cambio (1245-1302) in St. Peters basilica in Rome. It features St. Peter seated upon a carved marble throne holding the key to heaven with his arm raised to give his blessing.

The craftsmanship is second to none throughout all aspects of this beautiful sculpture.

The Chair of Saint Peter (Latin: Cathedra Petri), also known as the Throne of Saint Peter, is a relic conserved in St. Peter’s Basilica in Vatican City, the sovereign enclave of the Pope inside Rome, Italy. The relic is a wooden throne that tradition claims the Apostle Saint Peter, the leader of the Early Christians in Rome and first Pope, used as Bishop of Rome. The relic is enclosed in a sculpted gilt bronze casing designed by Gian Lorenzo Bernini and executed between 1647 and 1653. In 2012, Pope Benedict XVI described the chair as “a symbol of the special mission of Peter and his Successors to tend Christ’s flock, keeping it united in faith and in charity.”

The wooden throne was a gift from Holy Roman Emperor Charles the Bald to Pope John VIII in 875. It has been studied many times over the years, the last being from 1968 to 1974, when it was last removed from the Bernini altar. That study concluded that it was not a double, but rather a single, chair with a covering and that no part of the chair dated earlier than the sixth century.

The Chair is the cathedra of St. Peter’s Basilica. Cathedra is Latin for “chair” or “throne”, and denominates the chair or seat of a bishop, hence “cathedral” denominates the Bishop’s church in an episcopal see. The Popes formerly used the Chair. It is distinct from the Papal Cathedra in St. John Lateran Archbasilica, also in Rome, which is the actual cathedral church of the Pope.