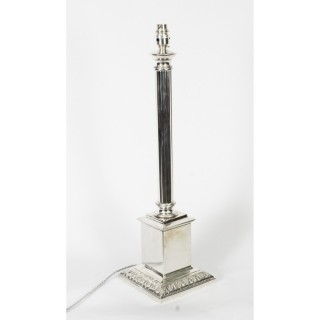 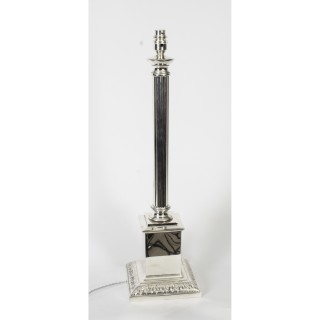 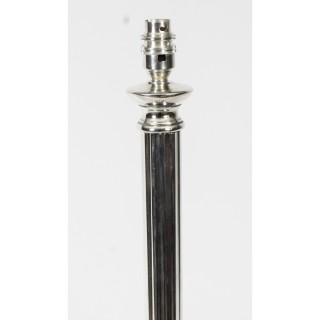 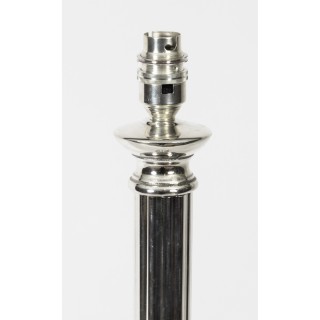 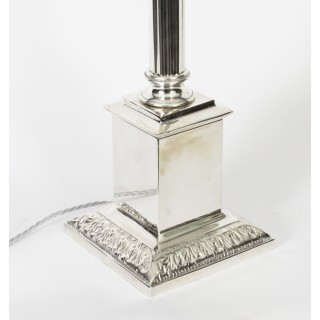 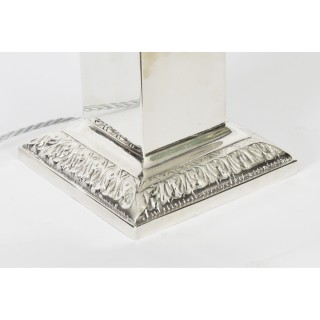 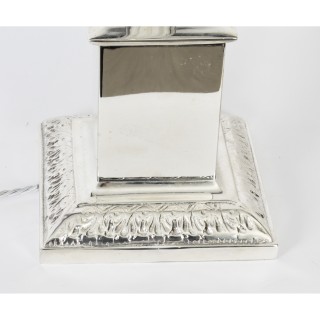 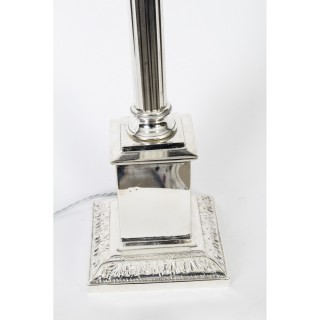 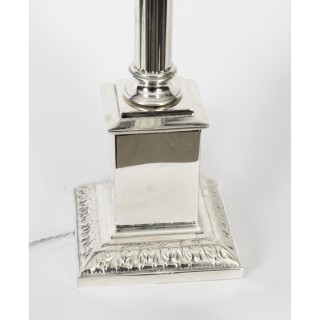 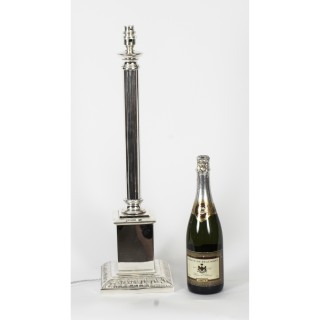 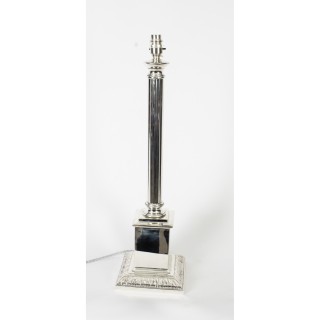 Add an element of pure luxury to your home with this antique silver plated table lamp.

The Doric order was one of the three orders of ancient Greek and later Roman architecture; the other two canonical orders were the Ionic and the Corinthian. The Doric is most easily recognized by the simple circular capitals at the top of columns. Originating in the western Doric region of Greece, it is the earliest and, in its essence, the simplest of the orders, though still with complex details in the entablature above.

The Greek Doric column was fluted or smooth-surfaced, and had no base, dropping straight into the stylobate or platform on which the temple or other building stood. The capital was a simple circular form, with some mouldings, under a square cushion that is very wide in early versions, but later more restrained. Above a plain architrave, the complexity comes in the frieze, where the two features originally unique to the Doric, the triglyph and guttae, are skeuomorphic memories of the beams and retaining pegs of the wooden constructions that preceded stone Doric temples. In stone they are purely ornamental. The relatively uncommon Roman and Renaissance Doric retained these, and often introduced thin layers of moulding or further ornament, as well as often using plain columns. More often they used versions of the Tuscan order, elaborated for nationalistic reasons by Italian Renaissance writers, which is in effect a simplified Doric, with un-fluted columns and a simpler entablature with no triglyphs or guttae. The Doric order was much used in Greek Revival architecture from the 18th century onwards; often earlier Greek versions were used, with wider columns and no bases to them.

The ancient architect and architectural historian Vitruvius associates the Doric with masculine proportions (the Ionic representing the feminine). It is also normally the cheapest of the orders to use. When the three orders are superposed, it is usual for the Doric to be at the bottom, with the Ionic and then the Corinthian above, and the Doric, as “strongest”, is often used on the ground floor below another order in the storey above.