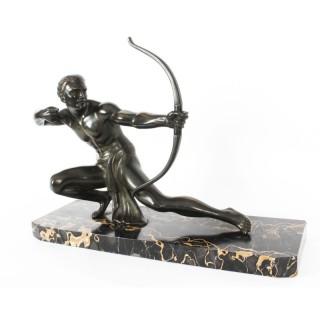 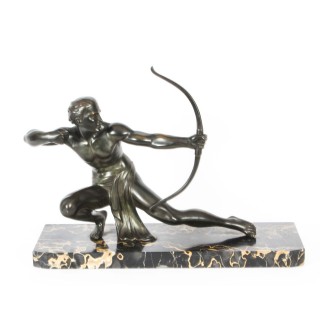 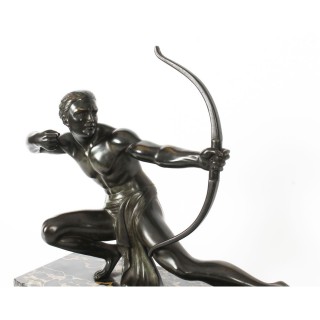 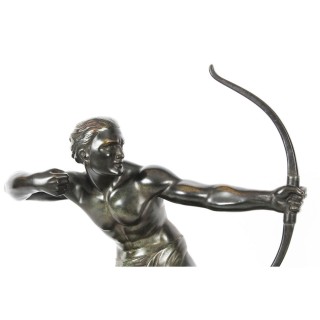 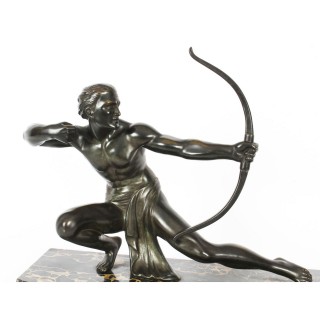 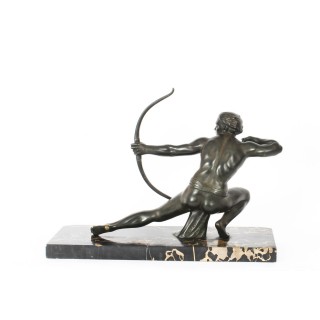 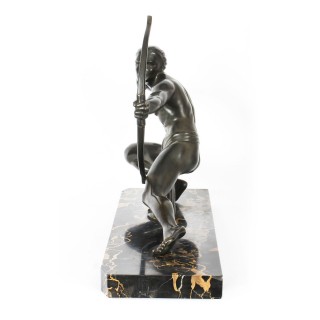 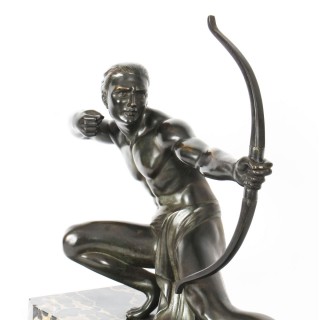 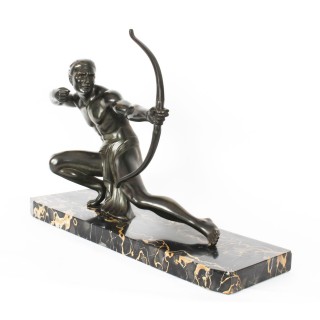 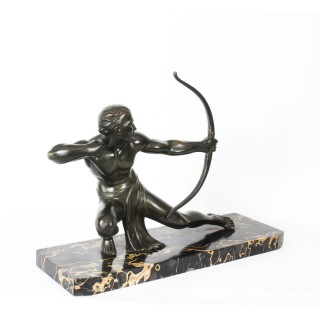 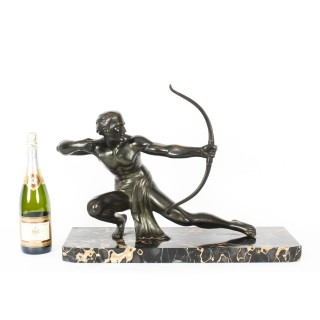 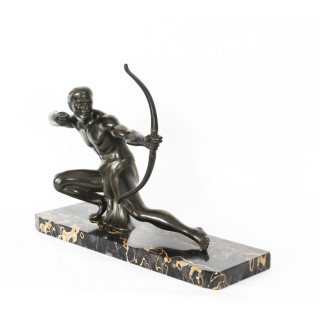 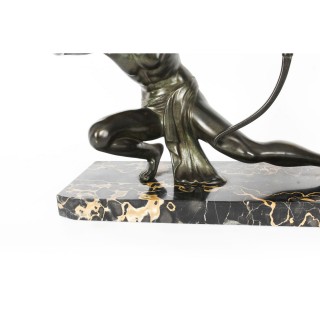 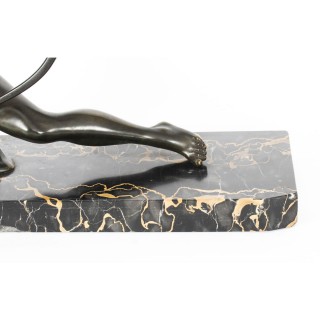 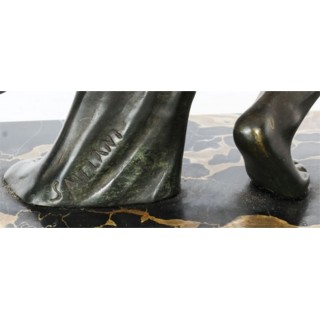 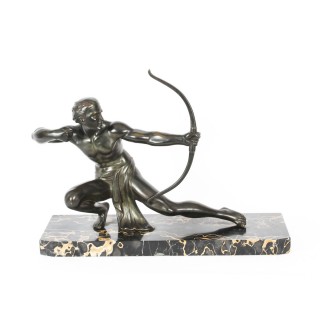 This is a magnificent large antique Italian Art Deco bronze sculpture of a semi-nude archer, by the famous Italian sculptor, Salvatore Melani (1902-1934) and bearing his signature, circa 1920 in date.

This stunning sculpture features the remarkable figure of a classical semi-nude archer with the bow in his left hand and his right hand drawing the bow back, and it bears the artist’s signature on his robes.The sculpture is raised on an attractive variegated grey marble plinth.

He is depicted with impressive facial expressions and body gestures in the act of determinedly and assertively aiming the bow. The sculptor has succeeded in conveying every little detail of the scene – the tight muscles of the warrior given by the tension of the act, a focused gaze and the legs stretching deep-rooted on the ground make us feel engaged with the scene and fully captivated.

This is a splendid bronze sculpture and it will no doubt become the centrepiece of your Art Deco collection.

The attention to detail here is remarkable and this bronze is sure to receive the maximum amount of attention wherever it is placed.

Salvatore Melani was an Italian Impressionist & Modern sculptor who was born in 1902. Unfortunately his life was cut short and he died in 1934, at only 32 years of age.

Contrapposto is an Italian term that means counterpoise. It is used in the visual arts to describe a human figure standing with most of its weight on one foot so that its shoulders and arms twist off-axis from the hips and legs in the axial plane.