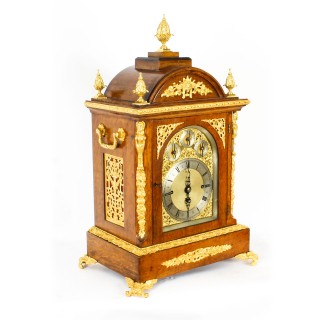 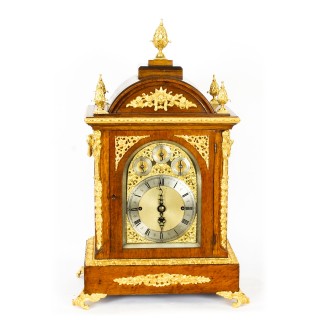 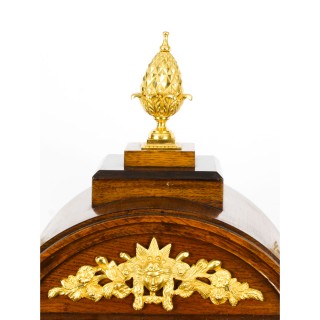 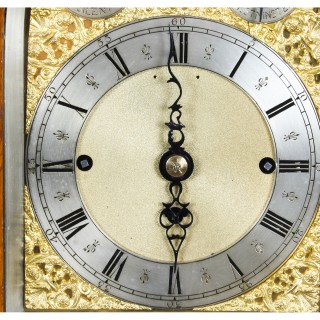 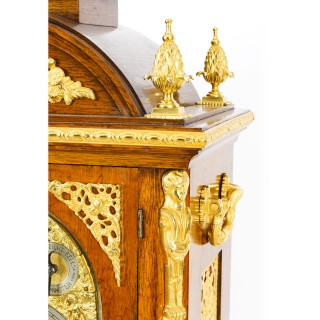 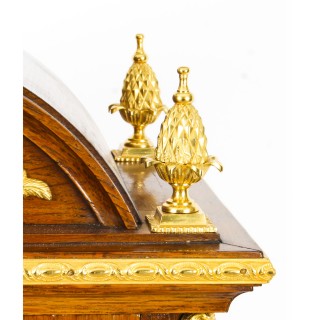 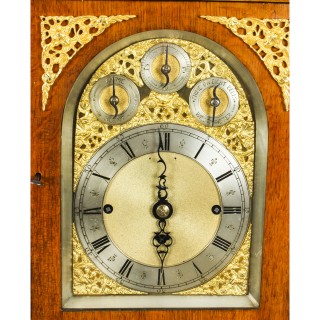 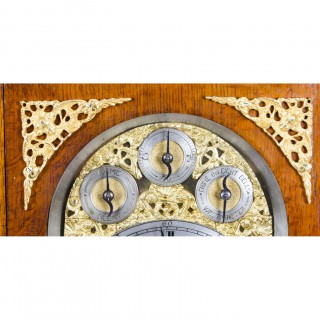 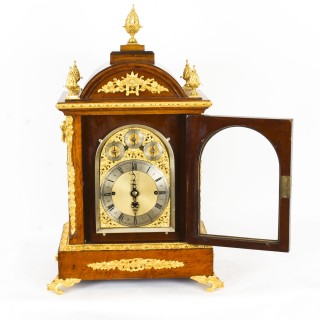 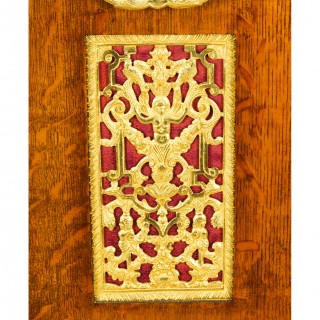 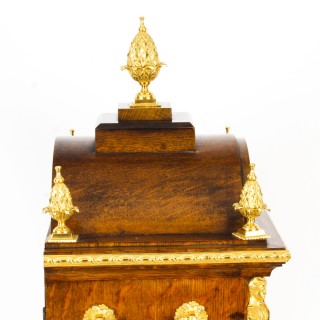 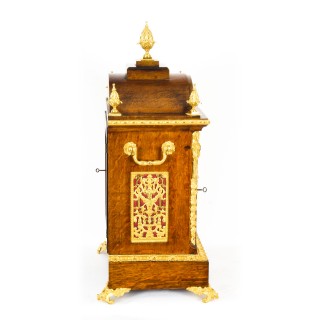 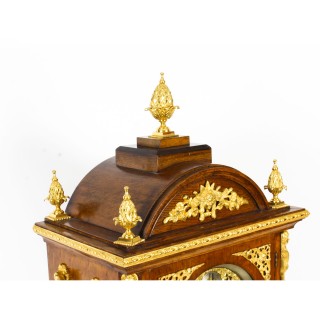 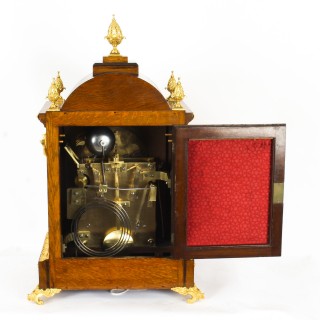 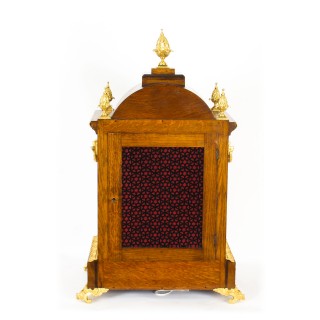 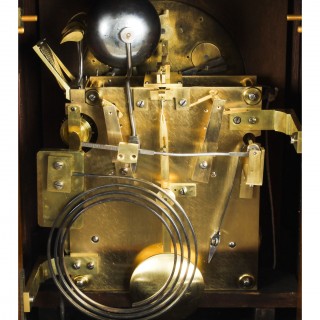 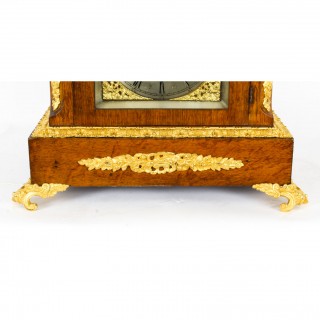 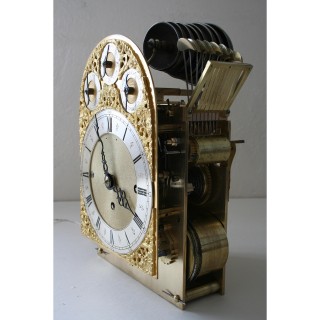 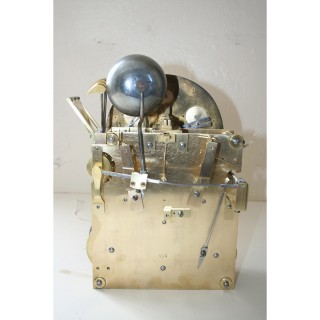 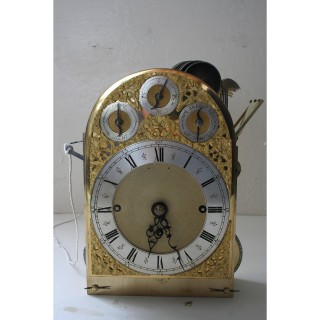 A superb 19th Century ormolu mounted quarter chiming bracket clock of large size.
The case decorated with five pineapple finials and ribbon-tied foliate festoons, above an ormolu mounted glazed door. This is flanked by a caryatid to each corner, with a foliate cast handle and a pierced red silk backed fret panel to each side, the clock is raised on a plynth base with scroll cast ormolu feet.

It has a fine quality 8 day duration movement, fitted with chain fusees and rise and fall regulation.

The three train chain fusée movement with anchor escapement and pendulum locking, chiming the quarters on eight bells, with pull-quarter repeat and striking the hour on a coiled gong.

It keeps really good time and is delightful to look at while hearing the wondrous musical chimes.

Condition:
The clock is in excellent working condition the movement having been cleaned and serviced, the oak case having been polished, in our workshops, please see photos for confirmation.

Movement dismantled and all parts examined and tested.
All detents and pivots re-ground and polished.
9 Bearings supplied and fitted.
All steel and brass components cleaned, buffed and burnished.
Escapement dismantled, cleaned, synchronised and set.
Movement regulated.
Case cleaned and polished.

The Westminster Quarters is the most common name for a melody used by a set of clock bells to chime on each quarter hour. The number of chime sets matches the number of quarter hours that have passed. It is also known as the Westminster Chimes, or the Cambridge Chimes from its place of origin, the church of St Mary the Great, Cambridge.

This chime is traditionally, though without substantiation, believed to be a set of variations on the four notes that make up the fifth and sixth measures of “I know that my Redeemer liveth” from Handel’s Messiah. This is why the chime is also played by the bells of the so-called ‘Red Tower’ in Halle, the native town of Handel.

It was written in 1793 for a new clock in St Mary the Great, the University Church in Cambridge. There is some doubt over exactly who composed it: Revd Dr Joseph Jowett,Regius Professor of Civil Law, was given the job, but he was probably assisted by either Dr John Randall (1715–99), who was the Professor of Music from 1755, or his brilliant undergraduate pupil, William Crotch (1775-1847).

In the mid-19th century the chime was adopted by the clock tower at the Palace of Westminster (where Big Ben hangs), whence its fame spread. It is now possibly the most commonly used chime for striking clocks. According to the church records of Trinity Episcopal Church (Williamsport, Pennsylvania), this chime sequence was incorporated into a tower clock mechanism by the E. Howard & Co., Boston, MA. The clock and chime in Trinity’s steeple base was dedicated in December 1875. It holds the distinction of being the first tower clock in the United States to sound the Cambridge Quarters.