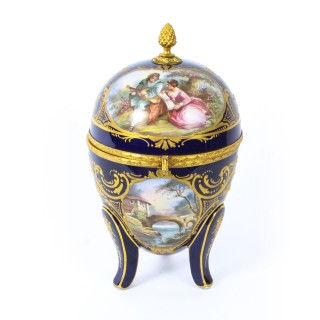 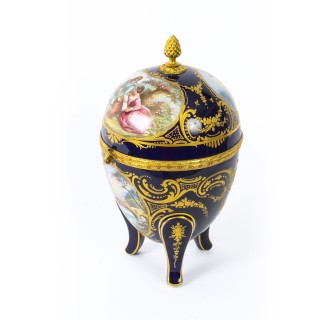 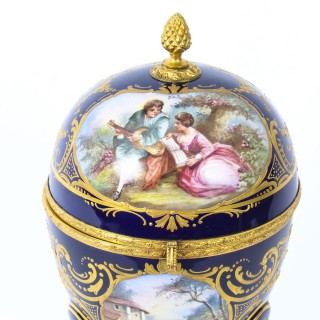 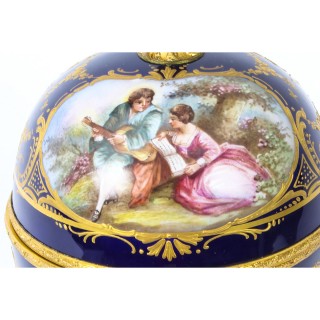 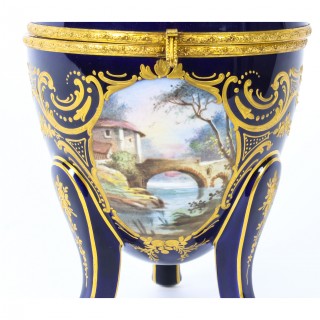 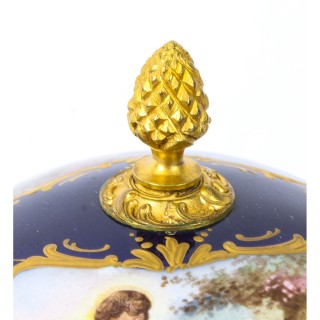 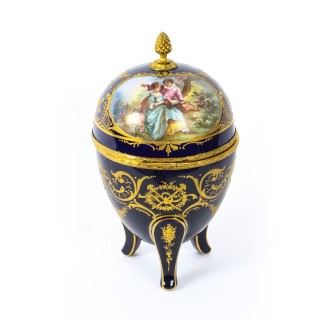 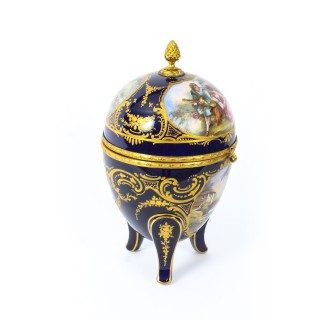 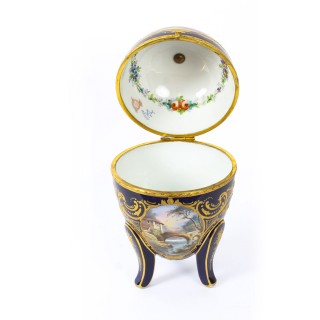 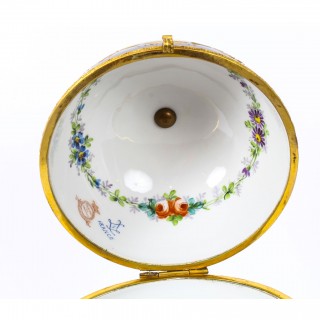 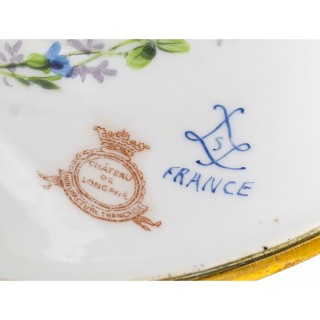 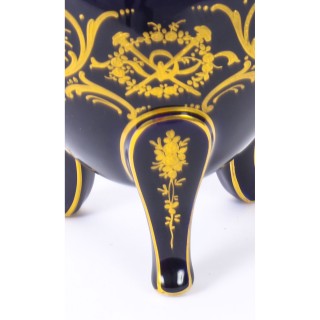 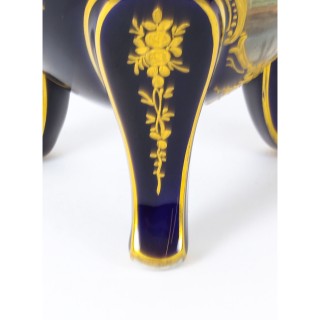 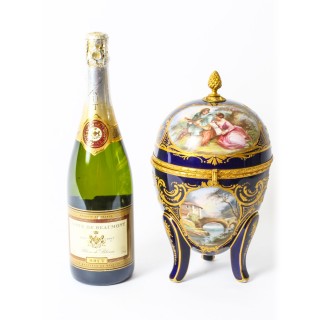 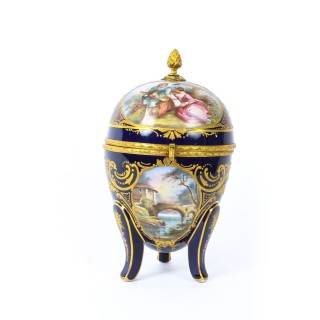 This is an exquisite French antique ormolu mounted Sevres porcelain casket, circa 1880 in date

This wonderful large casket is ovoid in shape and has a stunning hinged lid with a pineapple finial featuring two beautiful hand-painted romantic scenes of courting couples enjoying their time together in a naturalistic setting with lovely pink flowers, trees and rocks, against a delightful Royal Blue ground with gilt highlights.

The body of the casket has a further hand-painted cartouche featuring a charming nostalgic landscape against a matching Royal blue ground with gilt highlights.

The inside of the casket has the interlaced L’s mark for Sevres, France and the Chateau De Longpré stamp.

This item is of superb quality, is incredibly rare, and will instantly enhance any special room.

Although occasionally used in Roman cameos, the earliest prevalent use of shell for cameo carving was during the Renaissance, in the 15th and 16th centuries. Before that time, cameos were carved from hardstone. The Renaissance cameos are typically white on a grayish background and were carved from the shell of a mussel or cowry, the latter a tropical mollusk.
In the mid 18th century, explorations revealed new shell varieties. Helmet shells from the West Indies, and queen conch shells from the Bahamas and West Indies, arrived in Europe. This sparked a big increase in the number of cameos that were carved from shells. Conch shells carve very well, but their colour fades over time.
After 1850 demand for cameos grew, as they became popular souvenirs of the Grand Tour among the middle class.
Cameo subjects
Classically the designs carved onto cameo stones were either scenes of Greek or Roman mythology or portraits of rulers or important dignitaries. In history, agate portrait cameos were often gifts from royalty to their subjects. These antique cameos, some more than 2000 years old, are either displayed in museums or are in private collections.
Ormolu – (from French ‘or moulu’, signifying ground or pounded gold) is an 18th-century English term for applying finely ground, high-carat gold in a mercury amalgam to an object of bronze.The mercury is driven off in a kiln leaving behind a gold-coloured veneer known as ‘gilt bronze’.