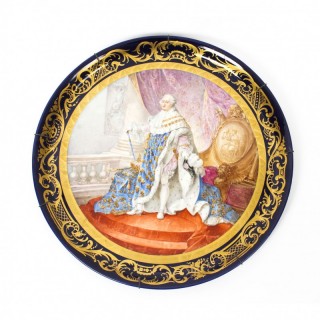 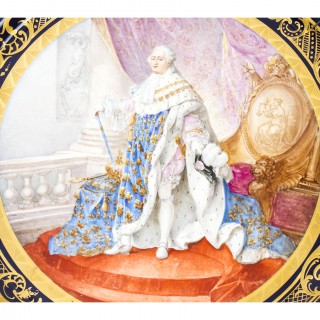 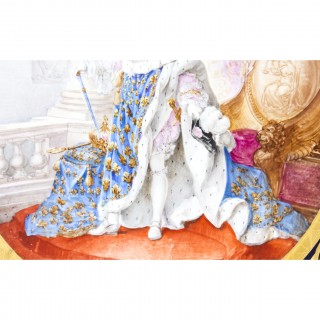 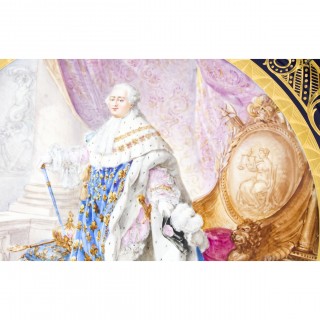 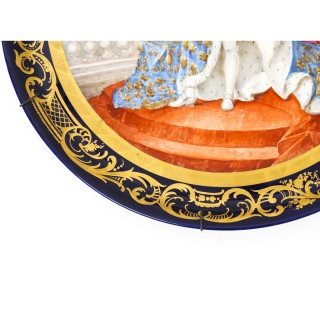 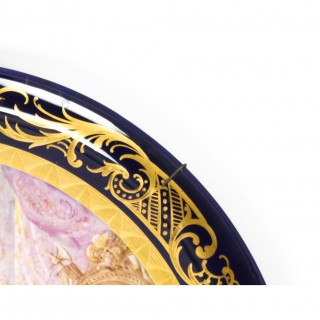 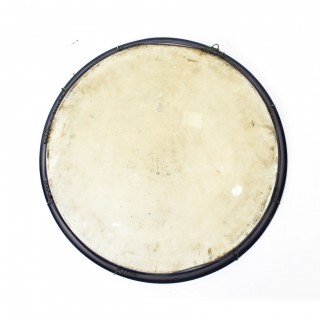 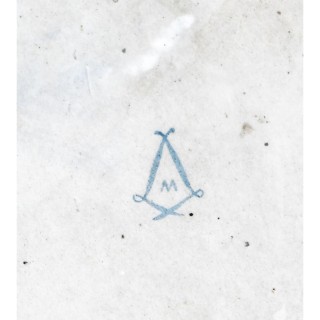 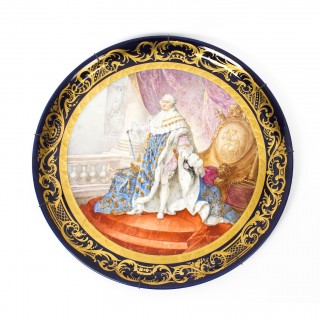 This superb charger has a striking Cobalt and gilt tooled border with scrolling acanthus and trellis, and a stunning central hand-painted portrait of Louis XV in Coronation robes. The King is depicted with absolutely fantastic attention to detail in an array of bright colours.

The rear of the charger bears the blue painted interlaced L’s Sevres mark with letter M.

There is no mistaking the quality and unique design of this charger which is sure to be a treasured addition to your collection.