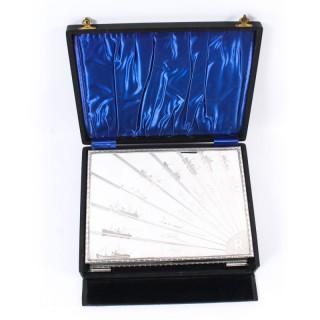 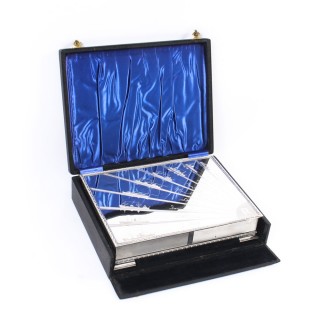 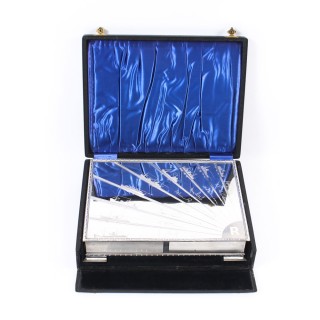 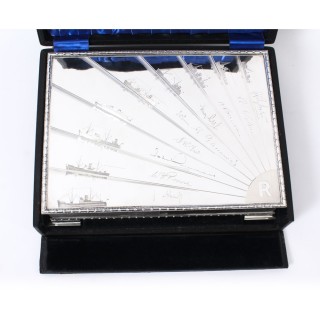 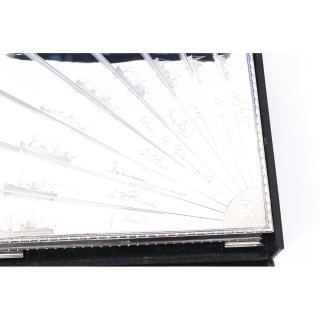 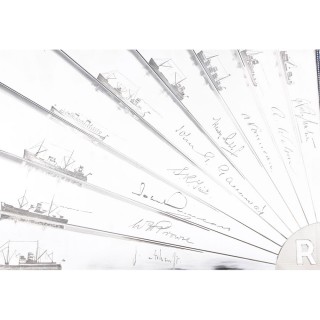 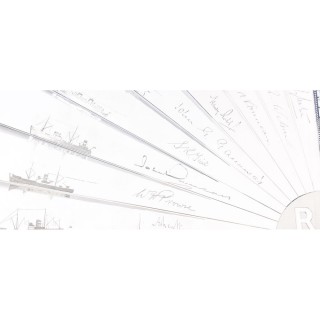 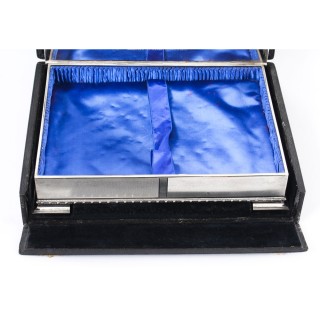 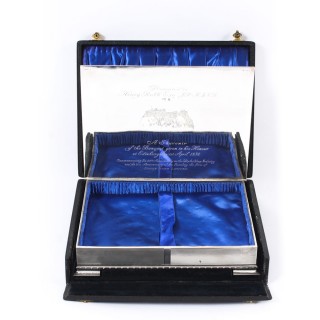 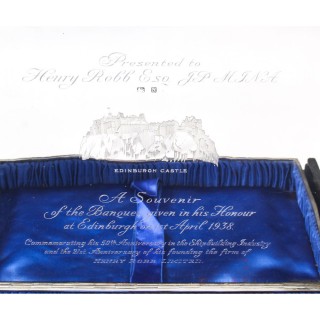 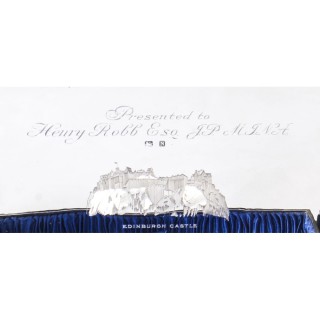 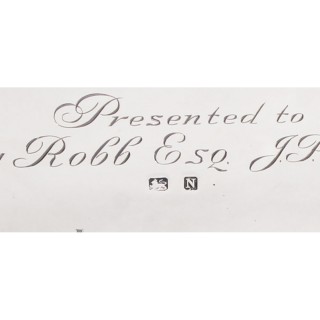 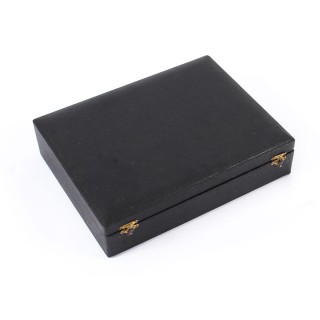 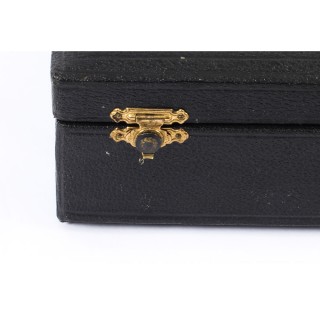 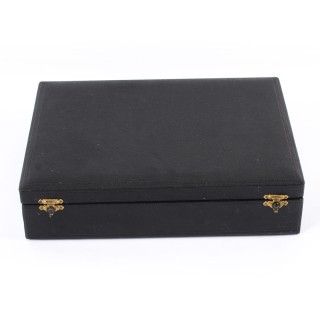 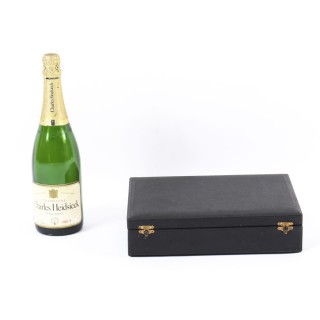 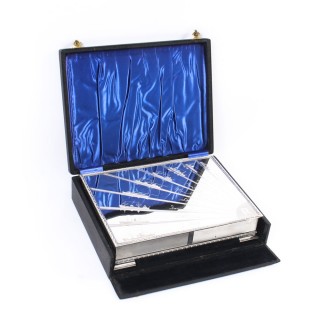 The hinged top is engraved with diagrams of nine naval warships made by Robbs and built for the Royal Navy with the signature of the captains:

Once open the reverse is beautifully engraved with a diagram of Edinburgh castle and is inscribed:

Presented to: Henry Robb Esq. J. P. M. J. N. A.
A souvenir of the Banquet given in his honour at Edinburgh on 1st April 1938.
Commemorating his 50th anniversary in the shipbuilding Industry and the
21st anniversary of the founding of his firm of Henry Robb Limited.

The quality and craftsmanship throughout are truly second to none and it comes with it’s original leather bound outer case.

The company was founded on 1 April 1918 by Henry Robb, a former yard manager for Ramage & Ferguson.
Robbs grew by buying berths from Hawthorns in 1924, the business of Cran and Somerville in 1926 and the yards of Ramage and Ferguson in 1934. The site became known as Victoria Shipyard.
Robbs closed its Arbroath and Clyde operations in the 1920s and focused its activities on Leith.
During World War II, Robbs built a large number of naval warships for the Royal Navy, including preparing the designs and building the prototype of the Basset-class anti-submarine / minesweeping trawler. Three Bird-class corvettes were built for the Royal New Zealand Navy. Ordered in 1939, two of these ships would famously sink the Japanese submarine 1 in January 1943, while the third ship helped sink Japanese submarine seven months later.
On 26 February 1940 King George VI and Queen Elizabeth toured the shipyard.
In 1968 Robbs merged with the Caledon Shipbuilding & Engineering Company of Dundee, forming Robb Caledon Shipbuilding, and in 1969 the new company took over the Burntisland Shipbuilding Company in Fife. In 1977, under the provisions of the Aircraft and Shipbuilding Industries Act 1977, Robb Caledon was nationalised as part of British Shipbuilders. The Caledon yard in Dundee closed in 1981. Robb’s yard in Leith survived two more years, closing in 1983.
The site of Robb’s shipyard is now the Ocean Terminal shopping centre, where the Royal Yacht Britannia is berthed. An early 20th-century pitched roof paint shed that once belonged to the yard, built from rivetted iron plates, survives and was a Category B listed building before being relocated.
The yard features in the video to the song “Letter From America” (1987) by The Proclaimers, whose father worked in the yard. The overall sentiment of the song stresses the loss of Scotland’s traditional industries and the mass emigration of Scots to North America due to circumstances such as the Highland Clearances.