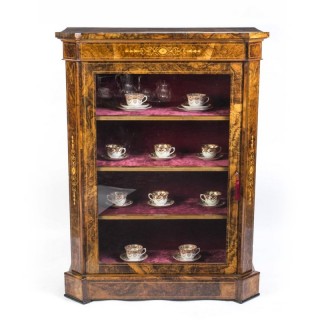 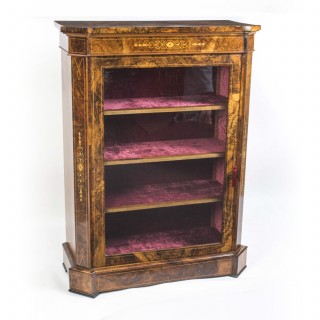 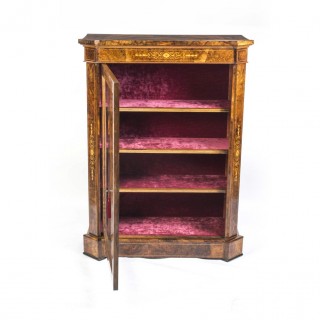 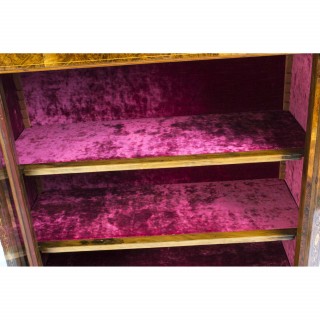 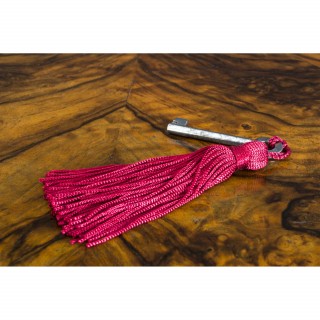 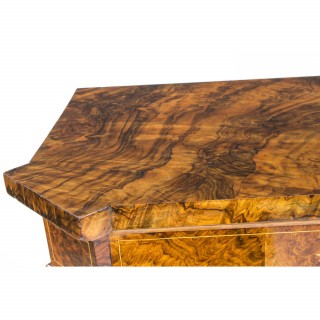 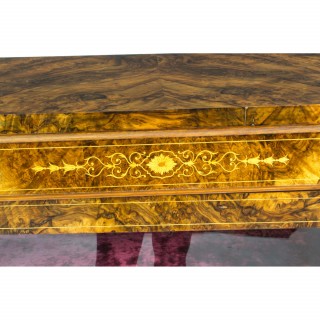 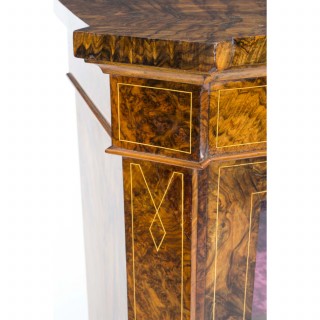 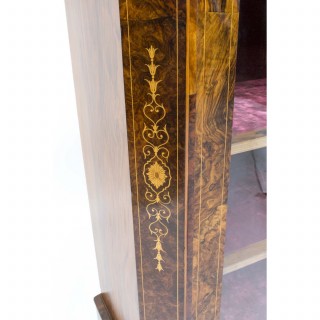 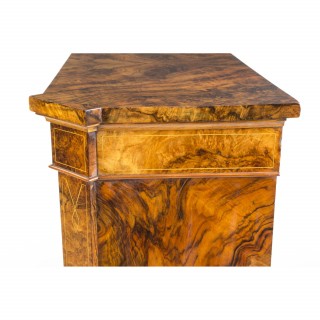 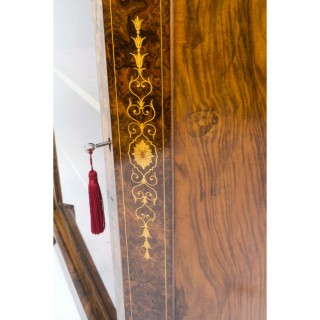 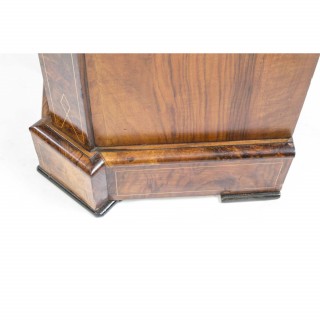 This is a lovely antique Victorian burr walnut pier cabinet, circa 1860.

It has been accomplished in burr walnut with a glazed door enclosing interiors lined with burgundy velvet and three shelves.

It is an unusually tall for a pier cabinet and adding to its truly unique character, it is decorated with satinwood marquetry.

With original key and working lock.

One cannot overstate the truly unique opportunity to own such a delightful cabinet.

Condition:
In excellent condition having been beautifully restored and the interior relined in our workshops, please see photos for confirmation.

Ashwick Court is Grade II* listed house on Heckley Lane northwest of Ashwick, in Mendip district, eastern Somerset, England, which is adjacent to the Church of St James. It is a country house, dating from the late 17th century and became a listed building on 2 June 1961.
Judge Jeffries tried cases at Ashwick Court during the Bloody Assizes following the Monmouth Rebellion in 1685. The house was owned by the Strachey Baronets, before it was let to Dr Newton Wade in 1892 who thought he had discovered oil in the water well.

Alterations were added to the property in the 18th and mid-19th century. The house stands in 48.5 acres (19.6 ha) of attached parkland and has its own tennis court.