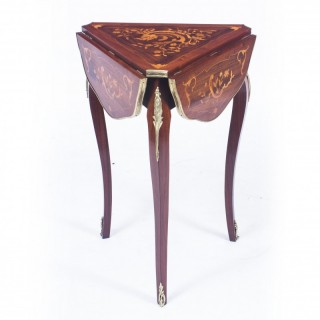 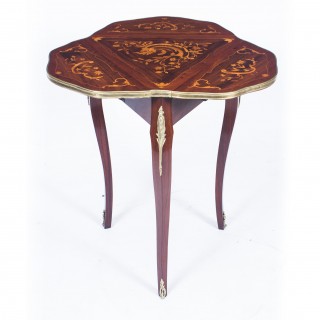 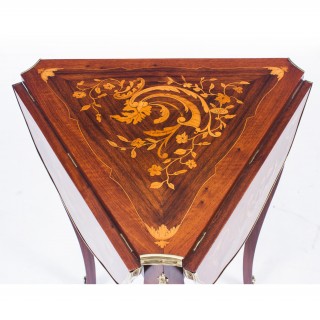 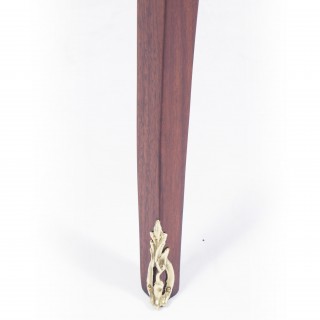 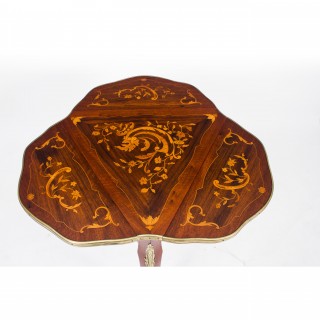 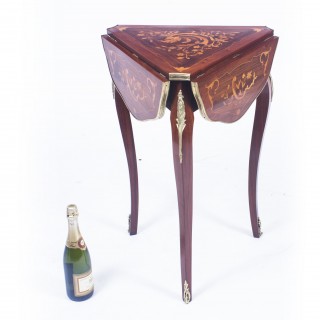 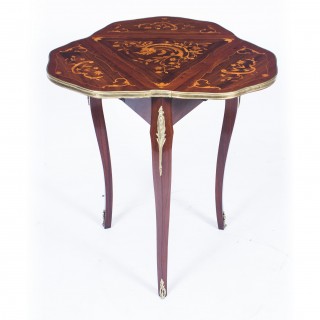 This is a beautiful antique Louis Revival ormolu mounted mahogany and marquetry triform occasional table, Circa 1870 in date.

It has a shaped top and fall leaves inlaid with the most beautiful marquetry decoration of flowering stems and leafy scrolls.

The triform top has three flaps which can be raised and lowered as required to suit the occasion.

The quality and attention to detail throughout is second to none.

Ormolu – (from French ‘or moulu’, signifying ground or pounded gold) is an 18th-century English term for applying finely ground, high-carat gold in a mercury amalgam to an object of bronze.The mercury is driven off in a kiln leaving behind a gold-coloured veneer known as ‘gilt bronze’.
The manufacture of true ormolu employs a process known as mercury-gilding or fire-gilding, in which a solution of nitrate of mercury is applied to a piece of copper, brass, or bronze, followed by the application of an amalgam of gold and mercury. The item was then exposed to extreme heat until the mercury burned off and the gold remained, adhered to the metal object.