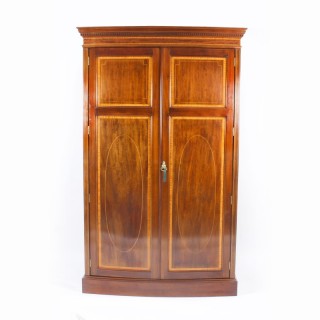 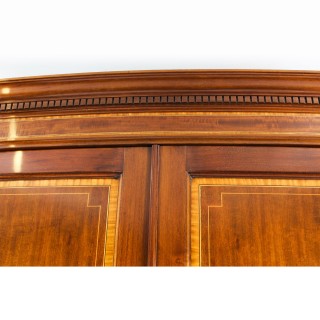 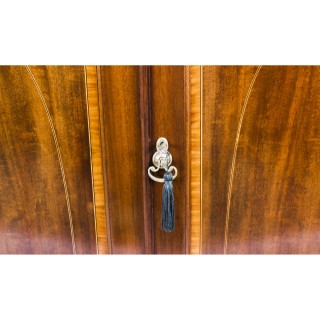 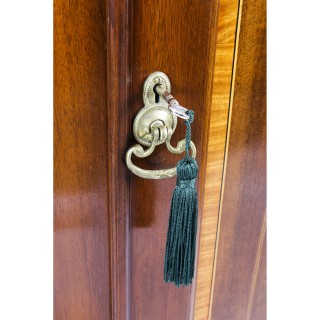 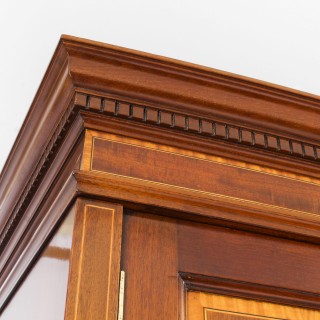 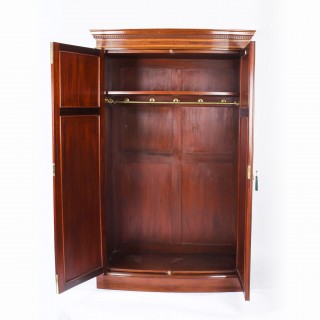 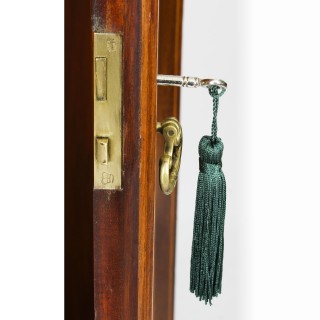 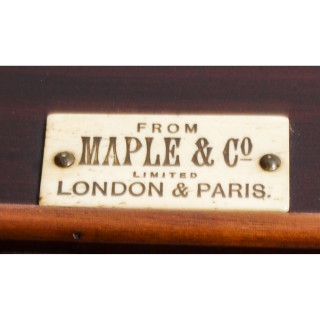 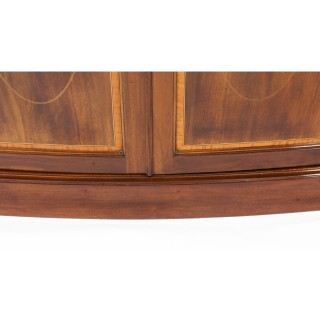 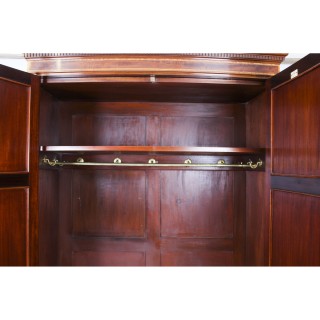 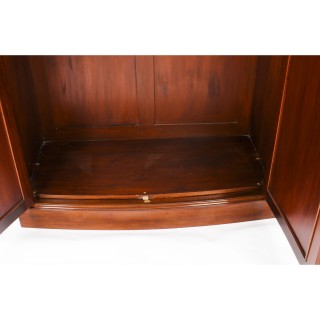 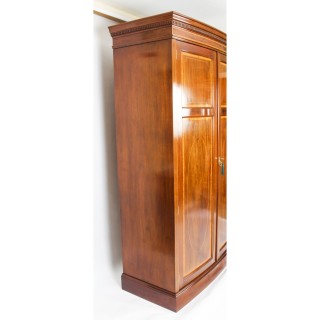 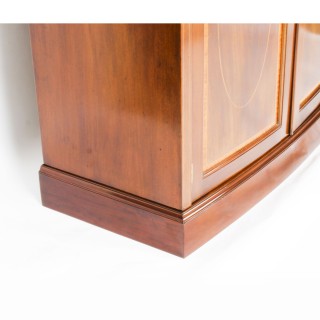 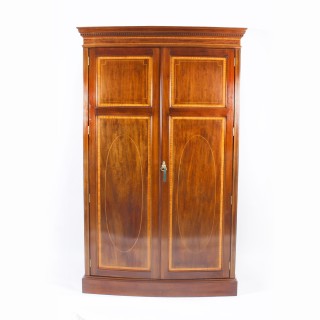 This is an impressive antique English Victorian Sheraton style mahogany wardrobe by the world-famous British furniture maker, Maple & Co., circa 1890 in date.

The doors open to reveal a capacious space with full length hanging section, with brass rail, hooks and a useful shelf.

It is raised on a splendid plinth base and is complete with its original brass handle, working lock and key.

The inside of the wardrobe bears the manufacturer’s ivorine label plaque, ‘From Maple & Co. Limited London & Paris.’

It is a truly beautiful wardrobe with handsome proportions, amazingly undisturbed patina and it is also very spacious.

They were by Royal Appointment and became one of the leading furniture manufacturers of the Victorian and Edwardian eras. They used only the finest quality timber which was imported directly from all over the world.

Maple and Company were founded in 1841 in Tottenham Court Road, London and had premises there until 1997. By the 1880s they were the largest and most successful furniture makers in the world, their huge emporium having become a tourist attraction in its own right. In addition to their middle class clientele, they furnished Embassies, hotels, beautiful homes and palaces all over the globe, including Tsar Nicholas’s Winter Palace, the Hoffburg Imperial Palace in Vienna, and many of Britain’s country houses.