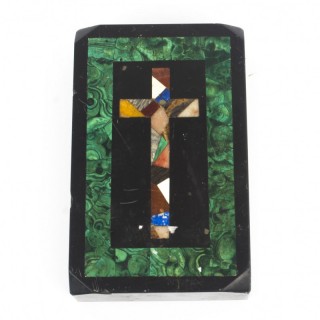 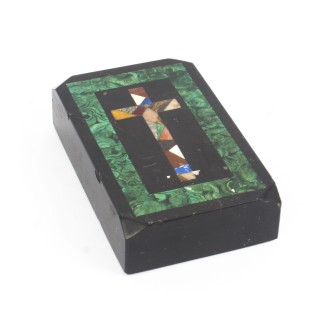 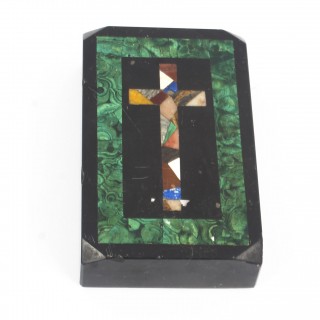 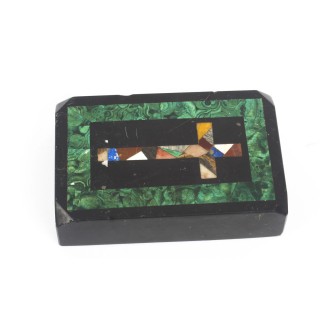 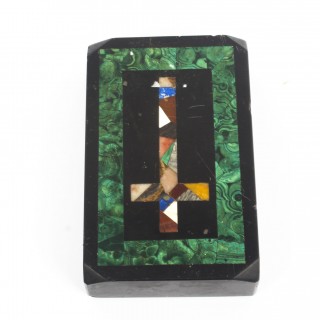 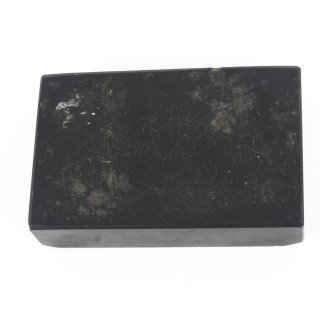 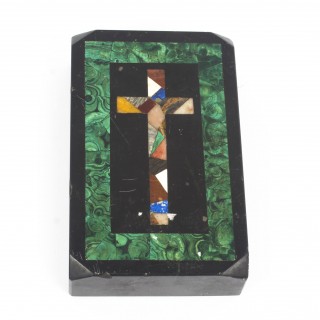 Condition:
In excellent condition with only minor signs of wear commensurate with age and use.

Malachite is an opaque, green banded mineral. It is believed to be a strong protector of children. It protects the wearer from accidents and protects travellers. Malachite has been used to aid success in business and protect against undesirable business associations. It is a stone of balance in relationships.

Malachite is always green, usually in banded tones varying from very dark green to a mellow green. Most malachite comes from Zaire, Chile and Australia.

Ancient Egyptians, Greeks and Romans used malachite for jewellery and ground it to use as eye shadow. It is used in amulets to protect against the evil eye. In the Middle Ages it was used to protect children from witches and other dangers.