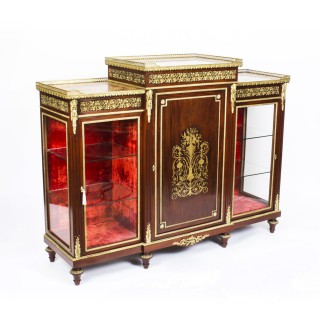 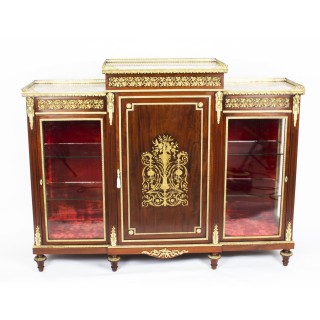 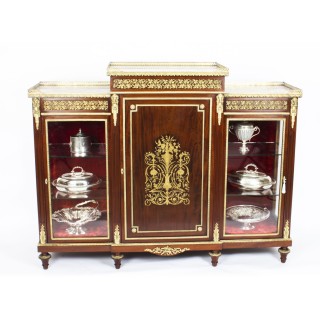 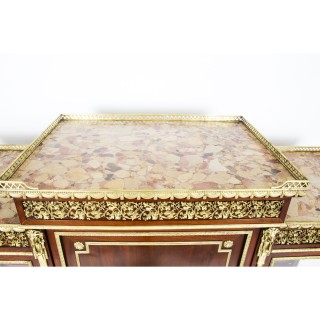 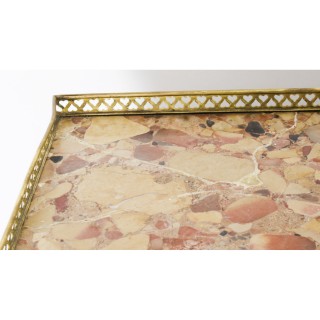 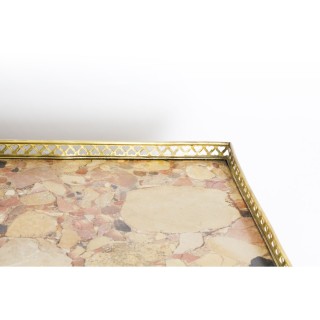 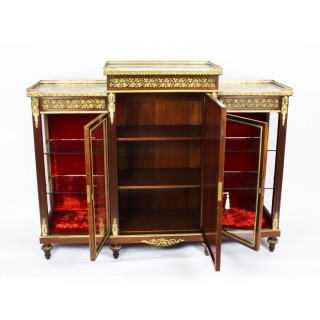 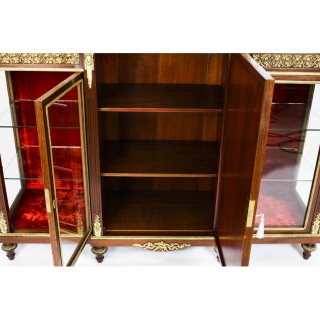 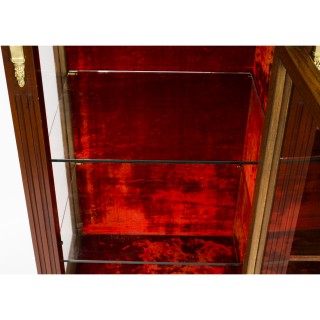 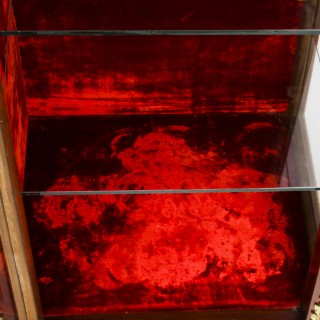 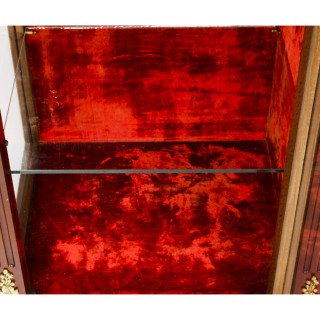 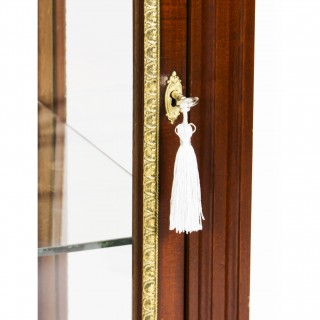 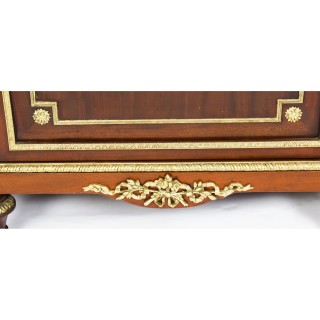 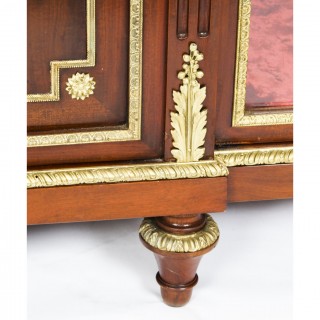 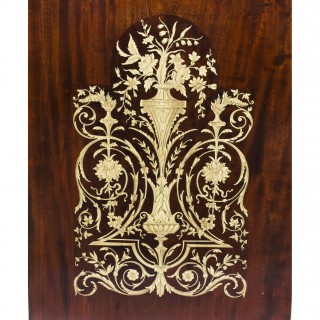 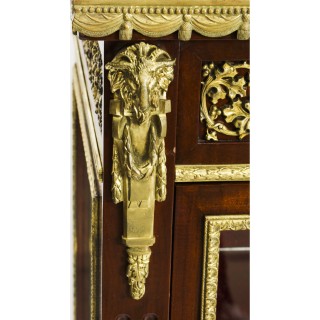 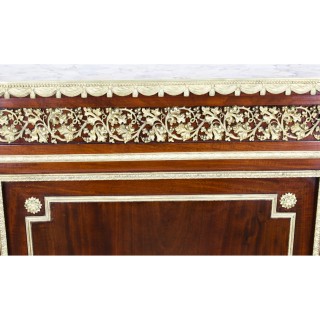 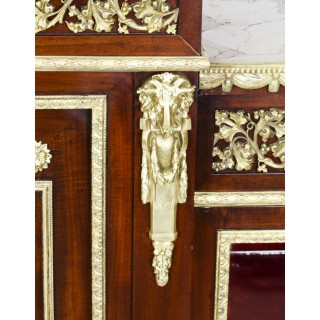 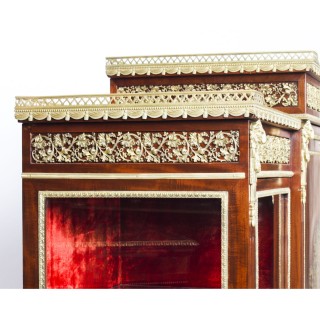 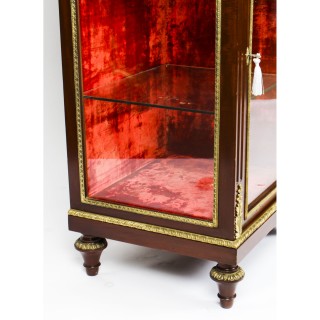 The central cupboard door opens to reveal a spacious mahogany interior with two shelves. The side cupboards have glazed panelled doors and sides with a pair of glass shelves in each, and they are lined in the original red velvet.

It is surmounted with a superb Breccia marble decorative top, in three sections, with a raised central section. The friezes with incredibly detailed floral ormolu mounts and the tops with brass galleries inset with decorative colured marble.

It is raised on eight tapering toupie feet with ormolu mounts.

It is a true exhibition quality piece!