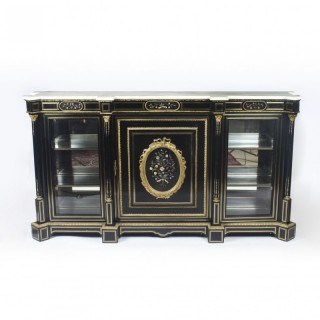 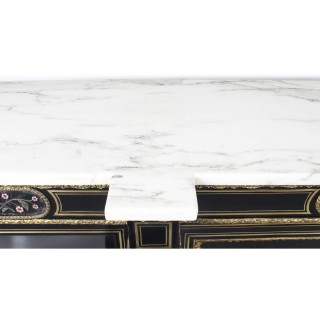 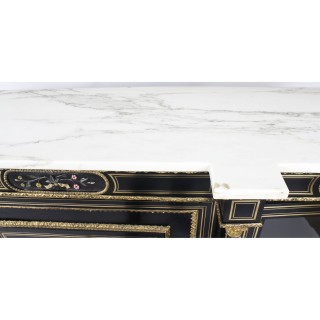 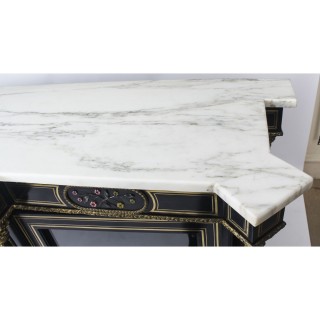 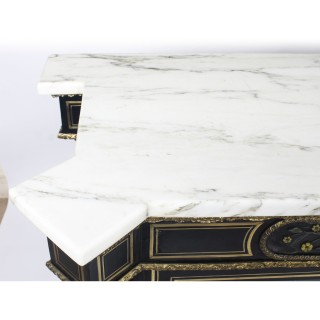 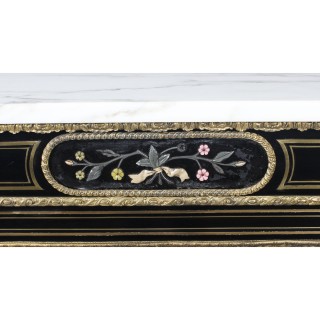 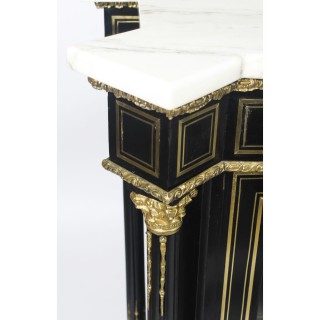 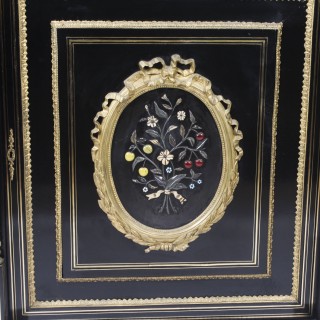 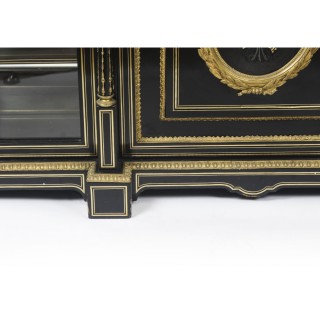 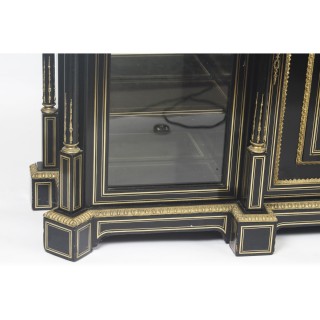 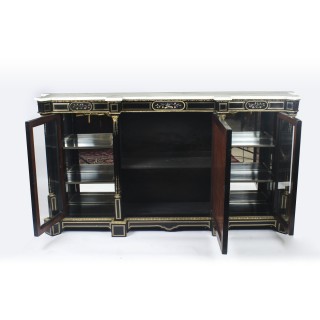 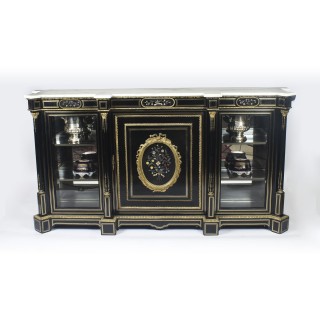 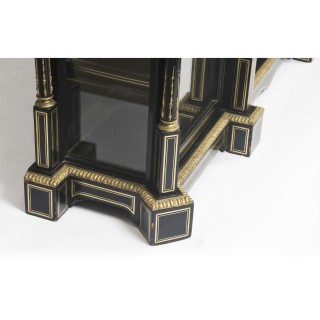 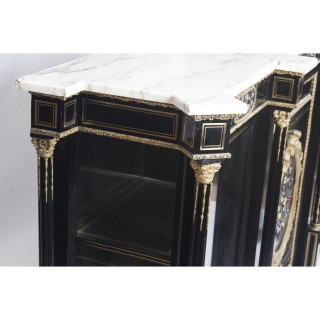 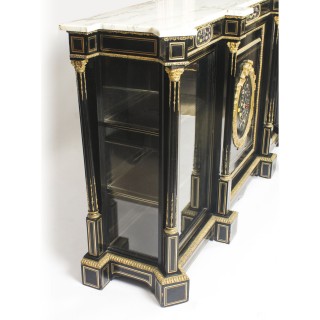 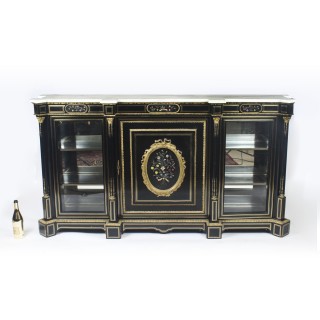 This is a truly superb antique French Napoleon III ormolu and pietra dura mounted ebonised credenza, circa 1840 in date.

This credenza has a panelled door in the centre which has intricate hand cut pietra dura floral decoration set within a fabulous gilt bronze mount, and there are three more pietra dura panels along the frieze, one above each door.

The central door opens to reveal a gray lacquered interior with two shelves. It has a glazed door at either end, each opens to a cupboard with a mirrored back and two ebonised shelves with brass inlaid decoration.

It has four imposing Corinthian columns with gilded ormolu capitelli and is surmounted with a beautiful white “Marmo di Carrara” marble top, that adds the finishing touch to this elegant piece.

Oozing sophistication and charm, this credenza is the absolute epitome of Victorian high society. Its attention to detail and lavish decoration are certain to draw the eye wherever you choose to place it in your home.

Condition:
In excellent condition having been beautifully cleaned and waxed, please see photos for confirmation.

Carrara marble, is a type of white or blue-grey marble popular for use in sculpture and building decor. It is quarried at the city of Carrara in the province of Massa-Carrara (Tuscany, Italy).

Carrara marble has been used since the time of Ancient Rome; the Pantheon and Trajan’s Column in Rome are constructed of it. Many sculptures of the Renaissance, such as Michelangelo’s David, were carved from Carrara marble. For Michelangelo at least, Carrara marble was valued above all other stone, except perhaps that of his own quarry in Pietrasanta. The Marble Arch in London and the Duomo di Siena are also made from this stone, as are the interiors of Manila Cathedral, the cold-white marbles of the Sheikh Zayed Mosque and the campus of Harvard Medical School.
Ormolu (from French ‘or moulu’, signifying ground or pounded gold) is an 18th-century English term for applying finely ground, high-carat gold in a mercury amalgam to an object of bronze.The mercury is driven off in a kiln leaving behind a gold-coloured veneer known as ‘gilt bronze’.