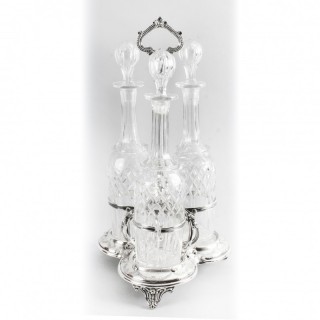 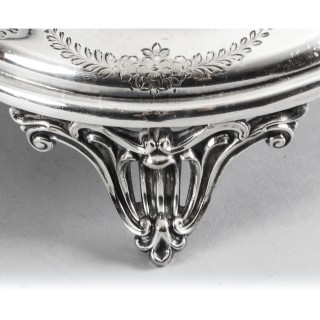 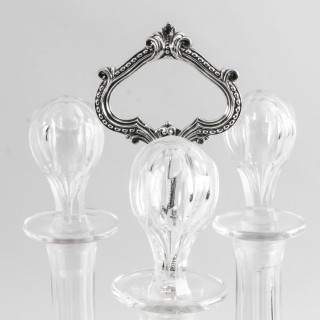 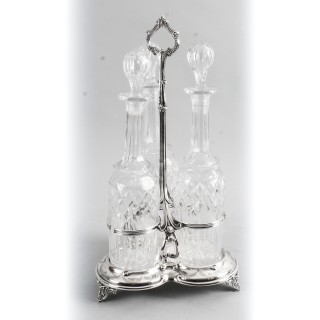 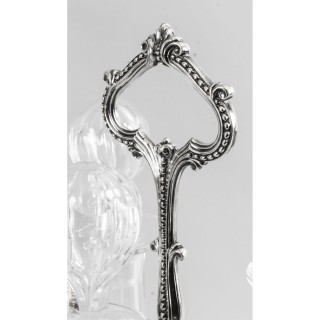 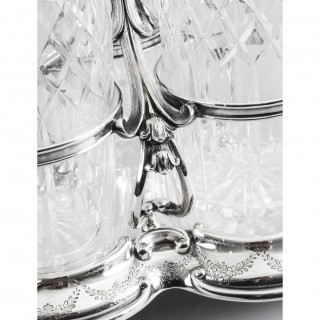 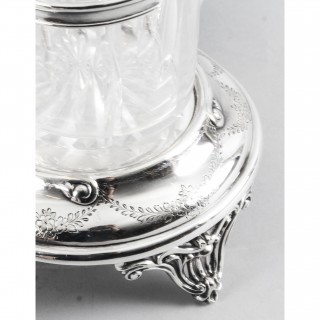 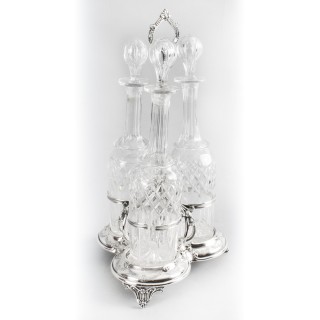 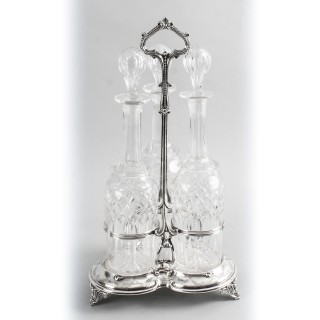 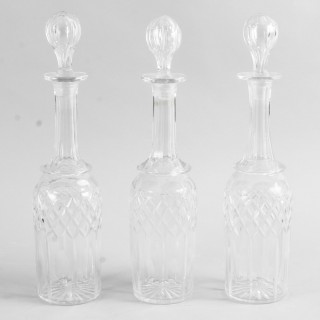 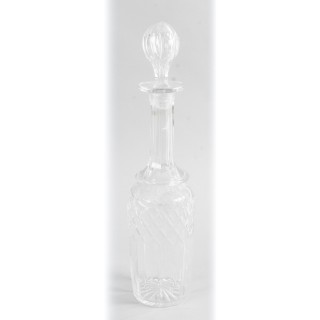 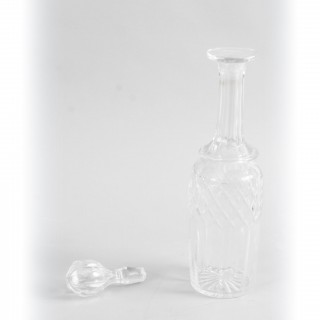 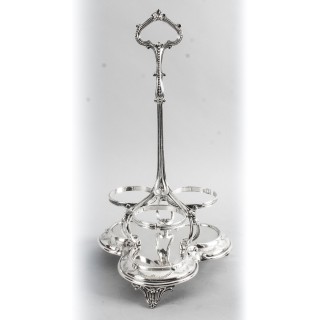 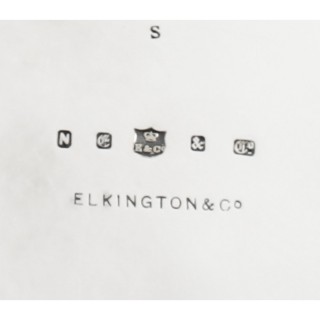 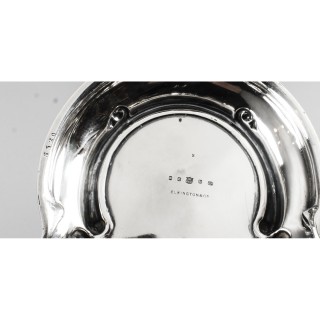 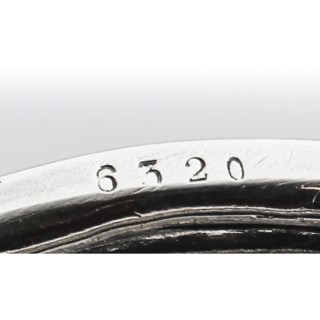 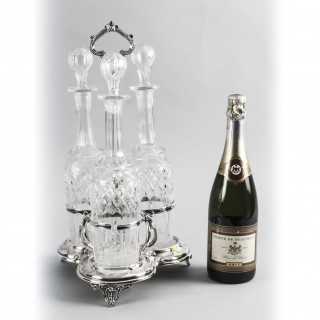 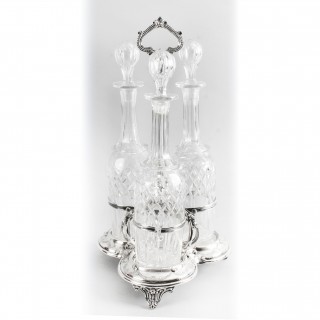 This is an attractive Old Sheffield silver plated tantalus stand with three Bohemian decanters with stoppers, in the classic English style and circa 1840 in date.

The silver plated decanter stand has a central spade handle and waved scroll and form borders.

The craftsmanship is second to none and this beautiful set is sure to add a touch of class to your dining experience.

Tantalus is a type of liquor decanter in which the bottle stoppers are locked down tightly by a metal bar. This was to prevent the theft of the contents by servants. Like the name suggests, the decanters themselves are visible, drawing temptation while unattainable. A key is required for entry.

Tantalus derived its name from the story of the mythological Greek king, Tantalus. To be tantalized is to be tempted with the unattainable, and the king, condemned to an eternity in Hades, was sorely tested. He was forced to stand forever in water that, when he bent to drink, would recede and to gaze upon foods he could only reach for and never grasp.