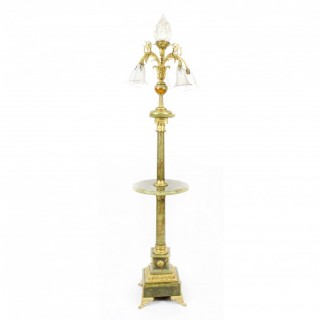 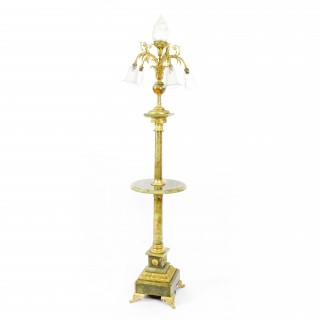 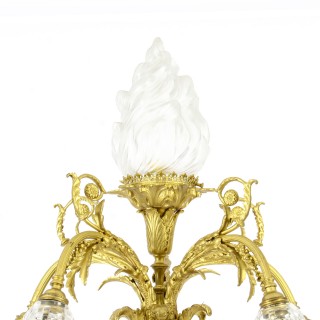 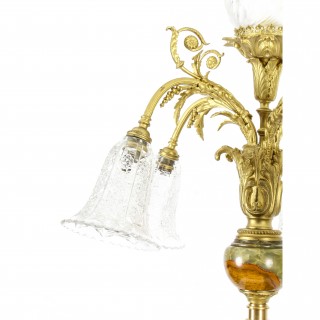 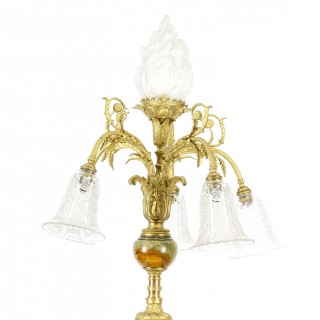 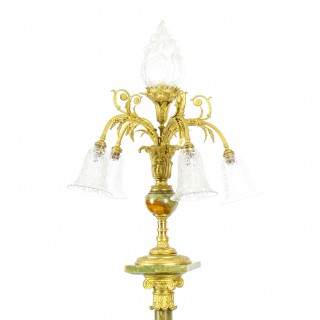 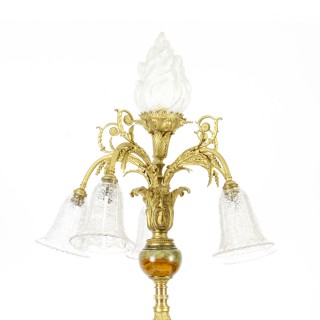 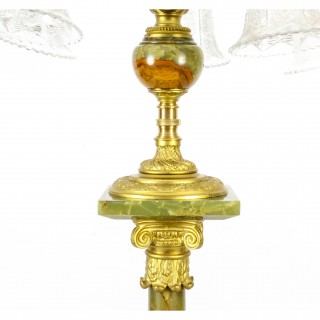 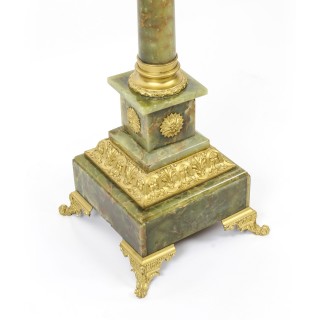 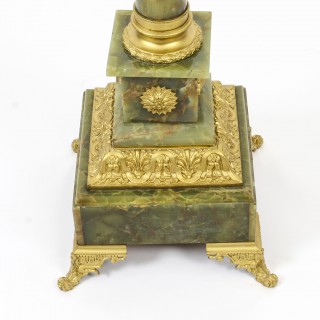 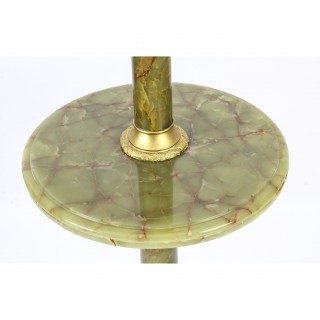 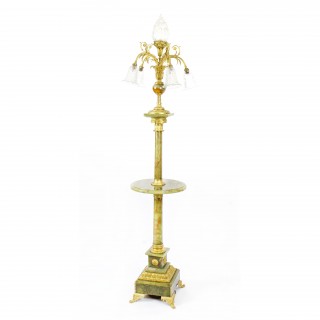 This is a truly superb antique onyx and ormolu Louis XVI Revival floor standard lamp, circa 1900 in date.

It stands on a magnificent cylindrical and stepped base flanked by splendid acanthus leaves and is raised on a highly decorative and sumptuous onyx square base with charming ormolu short scroll feet.

The craftsmanship is second to none throughout all aspects of this piece and it is sure to add an unparalleled touch of class to your home.

Condition:
In excellent working condition having been beautifully cleaned, rewired and PAT tested in our workshops, please see photos for confirmation.

Onyx is a gemstone whose description can have several connotations. Its most accepted gemstone definition describes a solid black Chalcedony or a banded or layered black and white Chalcedony. The term Onyx is occasionally used to described any engraved stone with a solid color base, or it may describe any banded gemstone with parallel banding. In its solid black form, Onyx is the most traditional black gemstone.

Onyx is an ancient gemstone, having been used in jewelry and as an ornamental gemstone for carvings since antiquity. Onyx has traditionally been one of the most important engraving and cameo gemstones, where its most common form was a black base with a white upper layer. Although still used a minor gemstone today, the significance and value of Onyx has been diminished as compared to ancient times.

When Onyx is banded black and white, it can be jointly classified as both Agate and Onyx. However, many require Onyx to have banding in roughly parallel lines, whereas other forms of Agate can have wavy or concentric forms of banding.