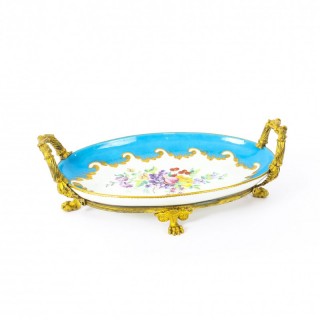 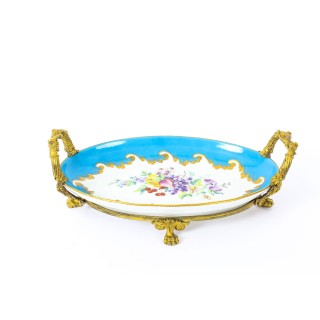 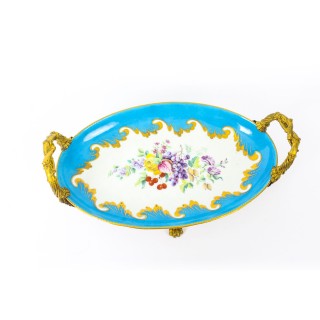 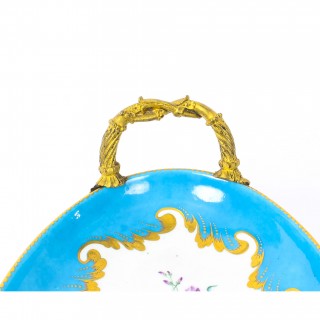 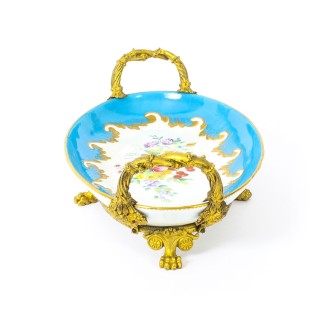 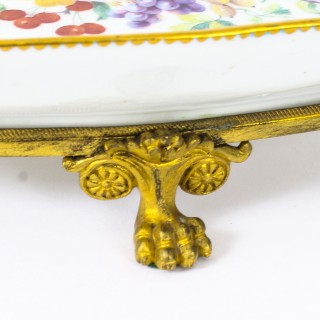 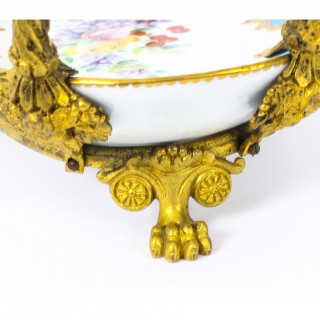 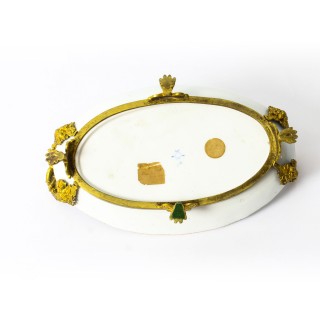 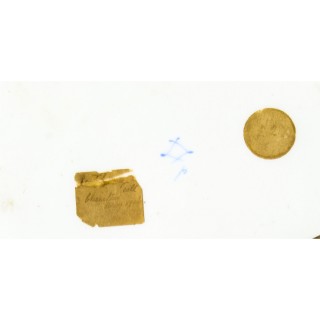 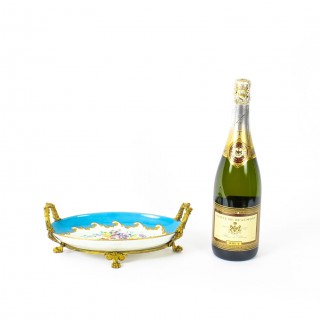 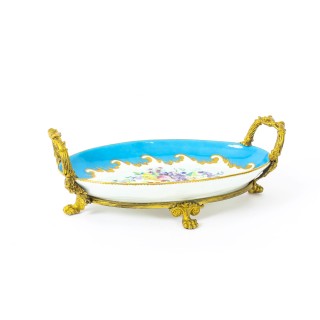 This is a wonderful antique French ormolu mounted Sevres Bleu Celeste porcelain centrepiece, circa 1860 in date.

This striking centrepiece features a delightful oval bowl with exquisite entwined branchwork ormolu handles. The interior is decorated with hand painted yellow, purple and pink flowers including roses and violets as well as beautiful fruit such as grapes and cherries against a remarkable bleu celeste ground with gilt ornamentation.

There is no mistaking the quality and unique design of this centrepiece which is sure to be a treasured addition to your home.

Condition:
In excellent condition, with no chips, cracks or signs of repair. Please see photos for confirmation.