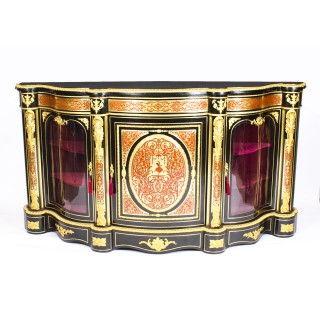 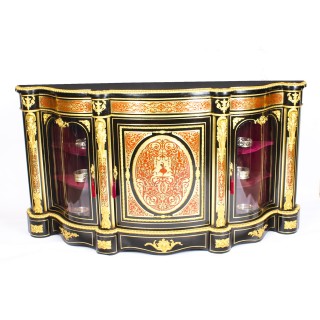 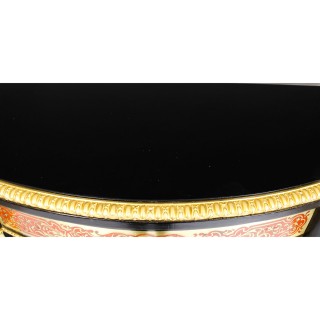 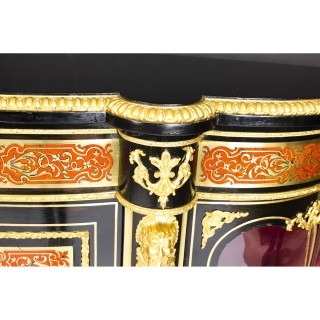 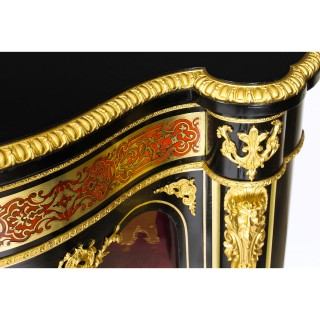 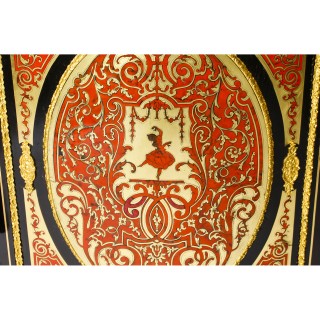 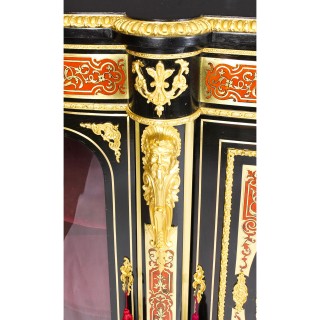 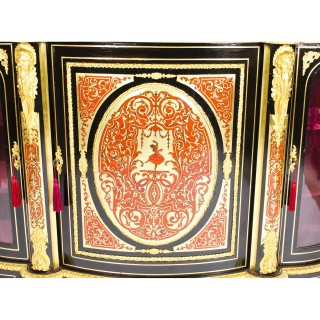 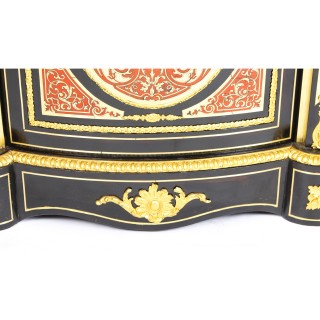 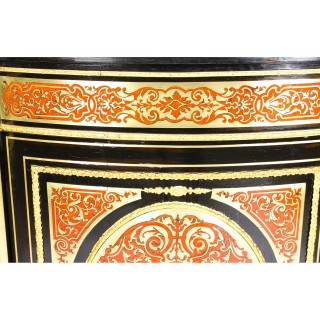 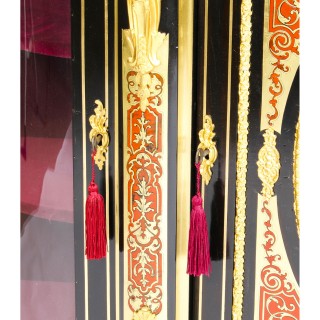 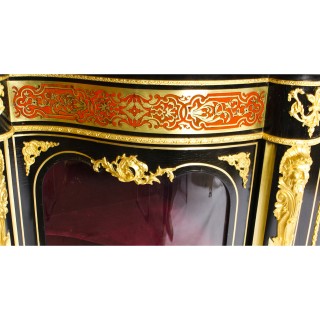 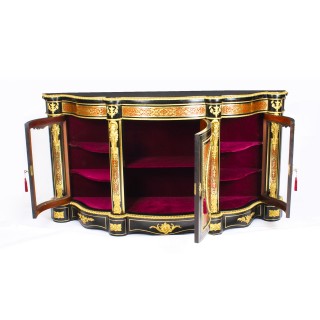 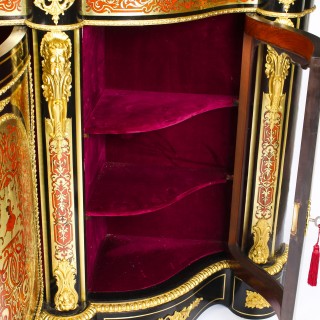 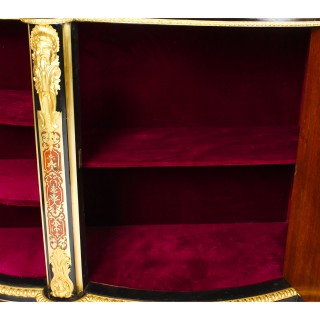 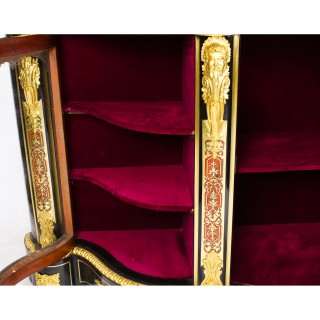 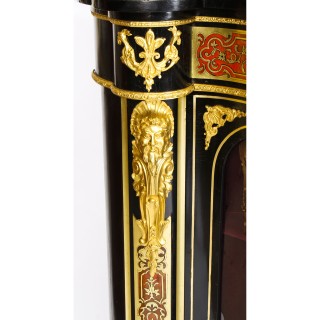 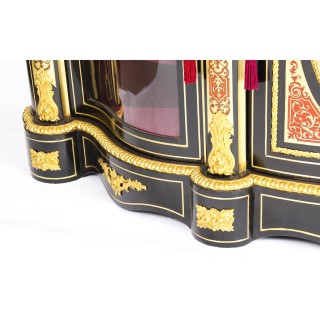 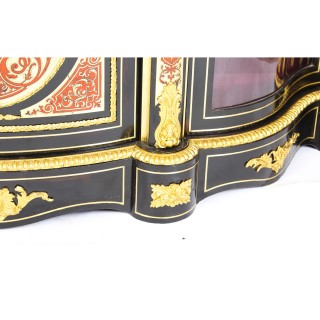 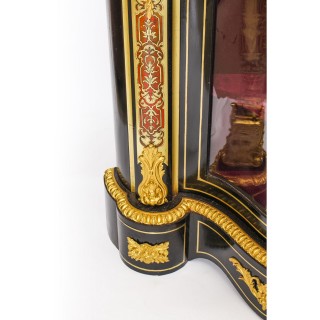 This is an important antique, Victorian, ebonised, ormolu mounted, and red Boulle marquetry serpentine credenza, circa 1870 in date.

It is beautifully inlaid in cut brass, in addition there is scrolling acanthus foliage with flowers and honeysuckle. It is further adorned with a plethora of fabulous ormolu mounts.

The central cupboard door, with raised oval panel, encloses a burgundy velvet lined interior with a shelf, and is flanked by a serpentine glass door opening to shelves on each side..

The credenza is raised on a plinth base and has its original working locks and keys.

This is an absolutely breathtaking piece which is certain to make it a talking point in your home, it is nearly identical to one that can be seen in the Award Winning Television Drama, Downton Abbey, which is filmed at Highclere Castle in Hampshire and is the home of the Earl and Countess of Carnarvon. The exterior shots and much of the interior filming takes place there

Condition:
In excellent condition having been beautifully restored and the interior relined in our workshops, please see photos for confirmation.