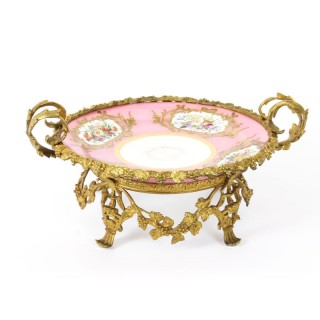 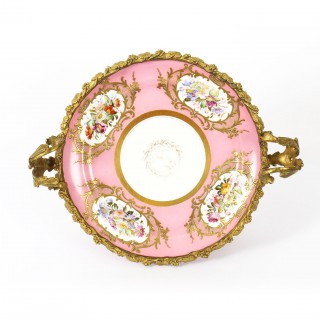 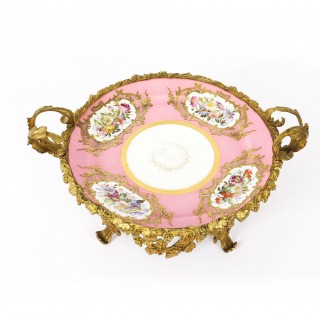 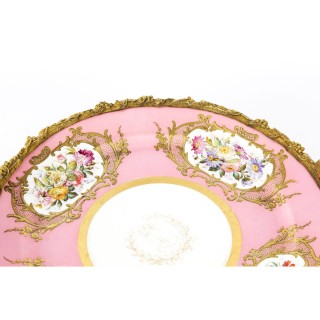 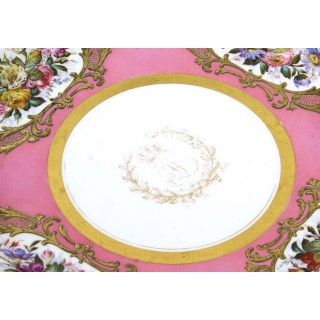 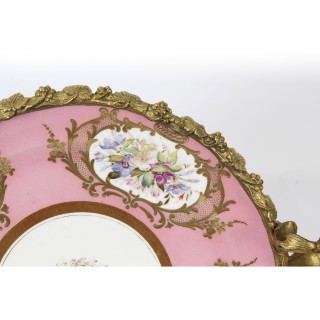 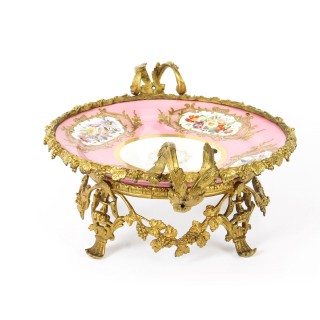 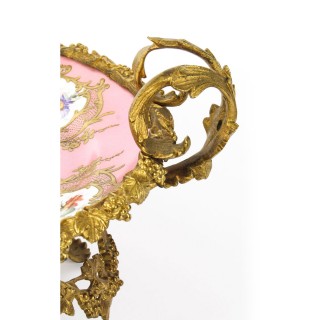 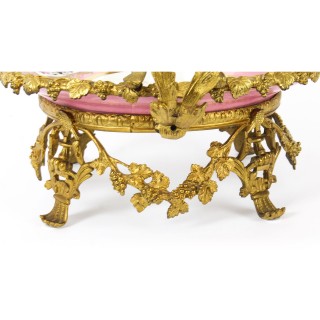 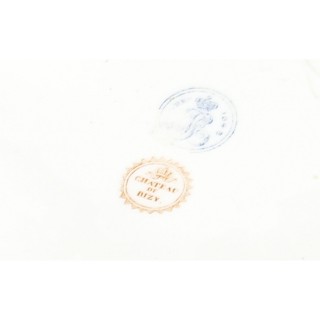 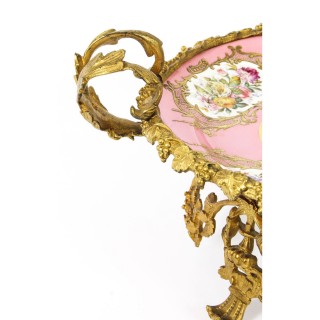 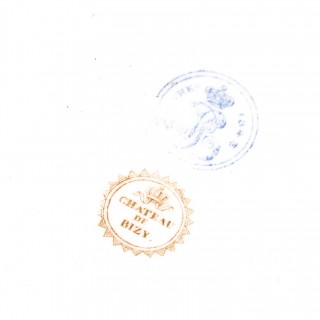 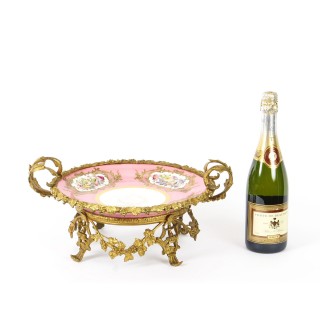 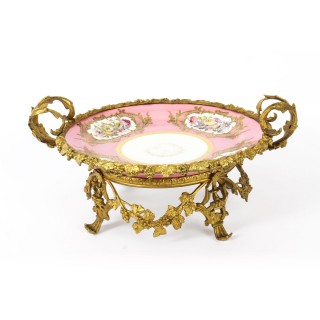 This striking centrepiece is round in shape with two elegant scrolling foliate ormolu handles and an exquisite ormolu border in the shape of grapes and vine.

The round bowl features four splendid hand-painted cartouches depicting beautiful bouquets of flowers against a pink background. The centre of the bowl has a gilt monogram.

The round ormolu platform base features matching beautiful ormolu grapes and leaves and is raised on four scrolling supports.

The underside of the centrepiece has the original printed marks ‘Chateau De Bizy’ and ‘Sevres 1843’.

There is no mistaking the quality and unique design of this centrepiece which is sure to be a treasured addition to your home.

Condition:
In excellent condition, with no chips, cracks or signs of repair, but minor wear commensurate with age to the gilding on the plate, please see photos for confirmation.