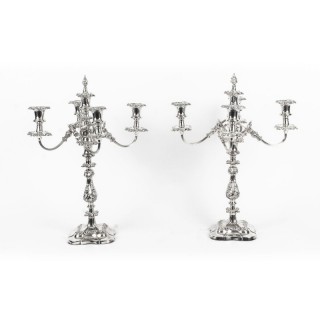 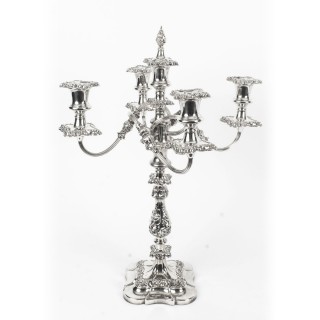 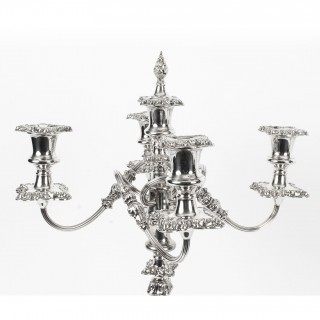 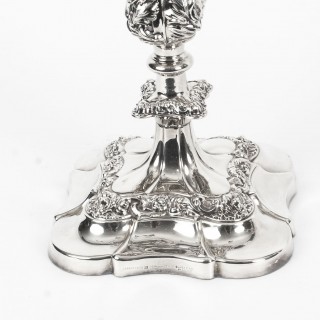 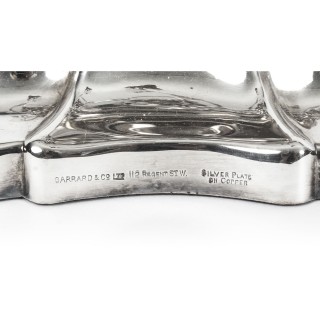 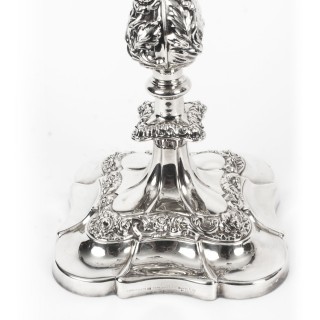 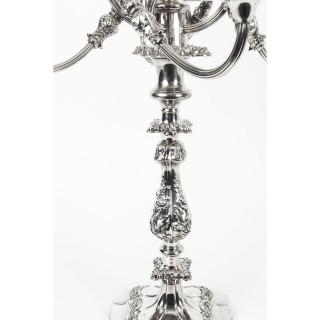 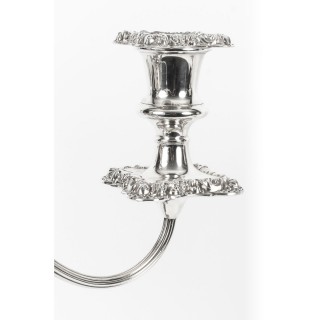 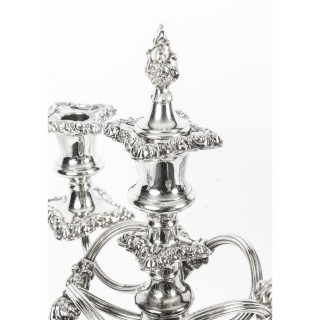 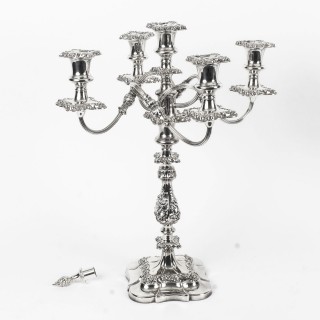 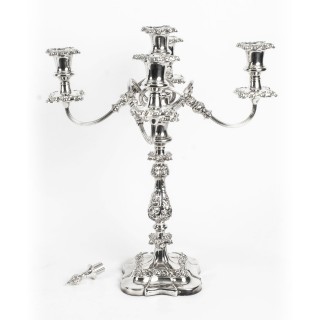 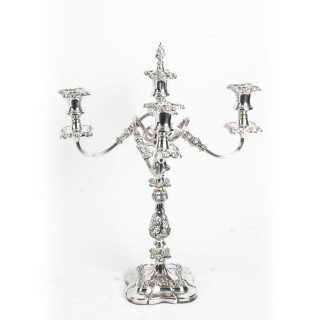 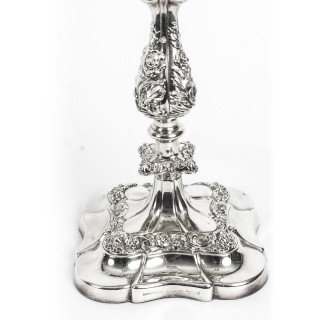 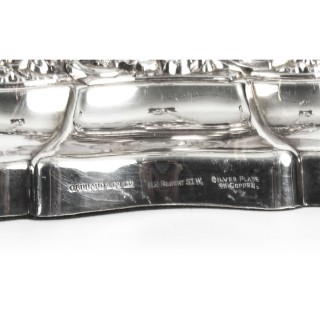 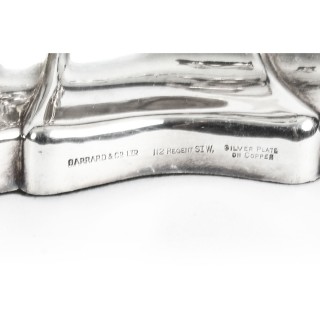 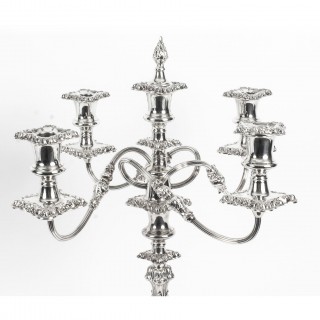 This is a stunning pair of silver plated, five light table candelabra dating from C 1910 and each bearing the makers mark of the renowned London retailer, silversmith, and Crown jewellers to six Monarchs, Garrard & Co. Ltd 112 Regent St W.

The candelabra each feature an elaborate decorative column, scroll design branches, detachable sconces and they stand on shaped square bases beautifully embossed with festoons of flowers.

Garrard merged with the jewellery firm Asprey in 1998 to become Asprey & Garrard, moving from 112 Regent Street to premises on New Bond Street. Asprey & Garrard was bought by Prince Jefri Bolkiah, a younger brother of the Sultan of Brunei, in 1995, and later acquired by private investors Lawrence Stroll and Silas Chou in 2000. The company demerged in 2002, with Garrard returning to the Albemarle Street site it first occupied in 1911. Garrard was acquired by the US private equity firm Yucaipa Cos. in 2006, ending its partnership with Asprey. Garrard was crown jeweller since 1735 when George Wickes was appointed as goldsmith to the Prince of Wales.

The 19th century continued with a succession of famous commissions for Royalty and in 1843 Queen Victoria bestowed the honour of Crown Jeweller on the company. Garrard has served six successive monarchs.