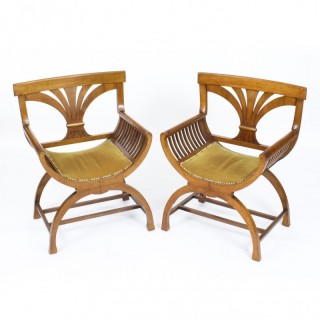 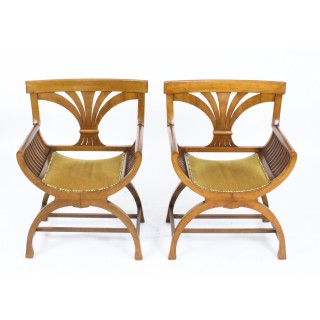 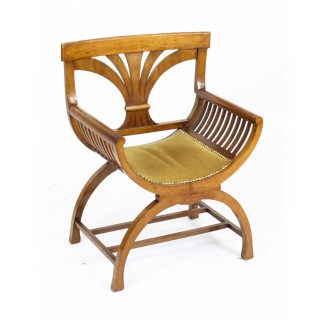 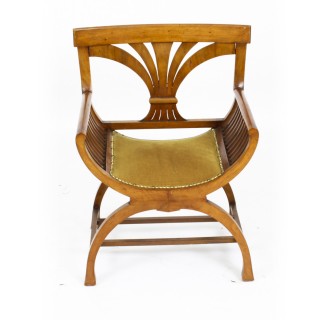 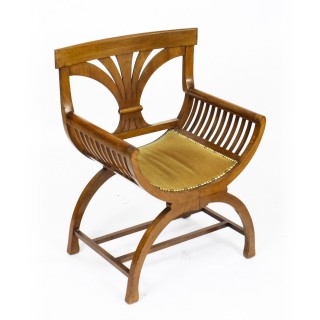 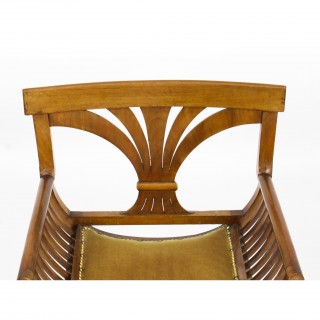 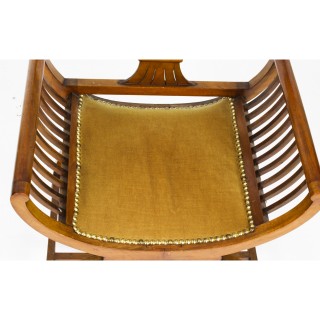 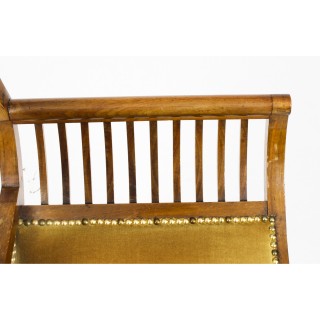 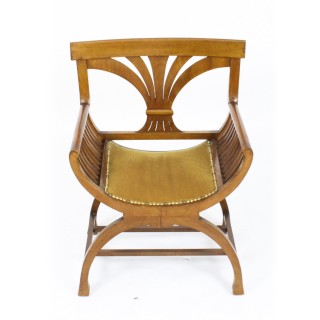 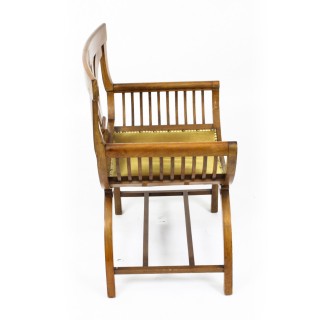 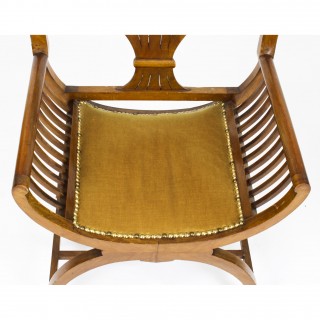 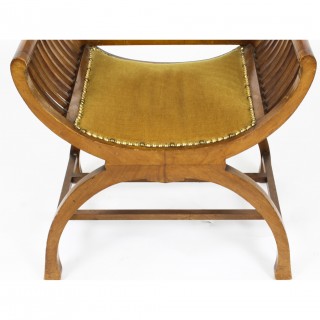 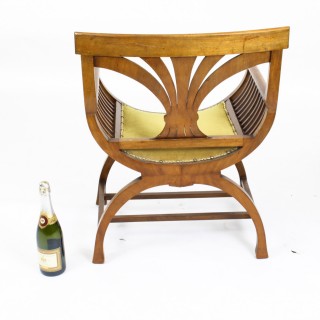 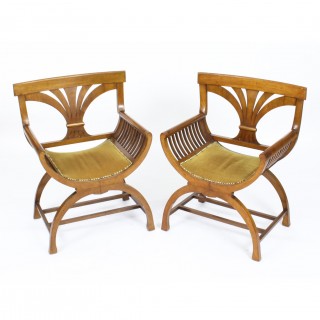 This is a elegant Antique pair of Austrian Biedermeier Walnut ‘X’ frame armchairs, circa 1830 in date.

The chairs are after the model by Josef Danhauserwith and each features a rectangular top rail above open shaped feather splats with scrolled arms with slatted supports.

The legs are united by twin cross stretchers making for a sturdy seat whilst maintaining the delicate form.

The traditionally upholstered seat is in the original gold velvet finished with studs.

There is no mistaking their beautiful and stylish design, which is certain to make them a treasured addition to one of the rooms in your home.

Condition:
In good original condition having been beautifully cleaned and waxed in our workshops, please see photos for confirmation.