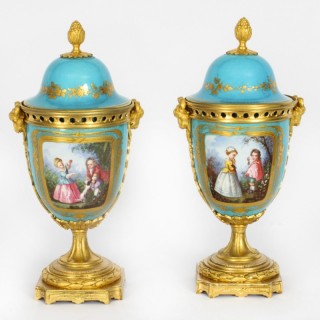 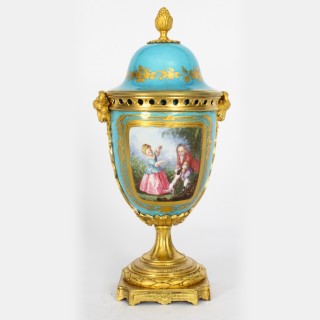 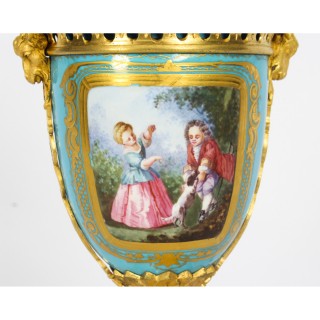 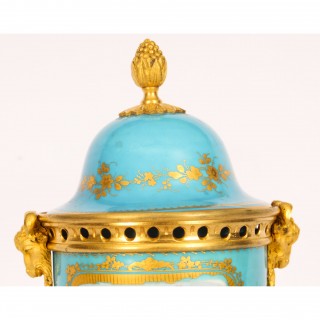 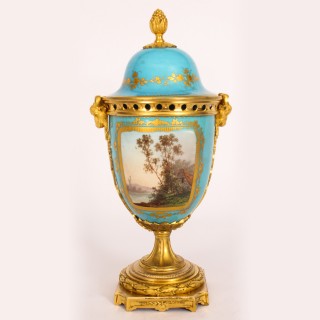 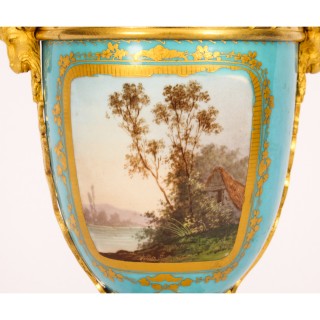 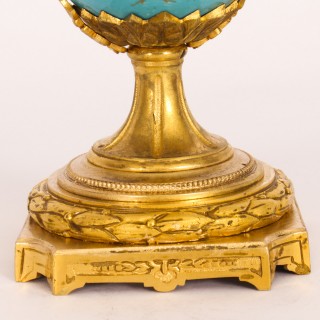 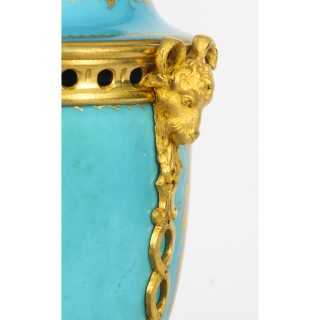 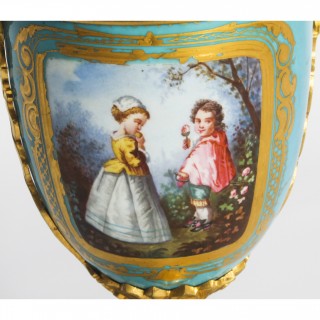 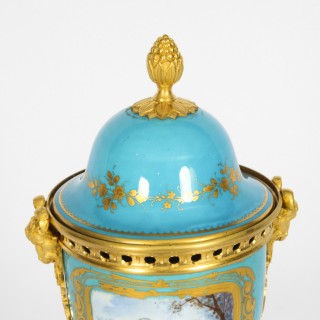 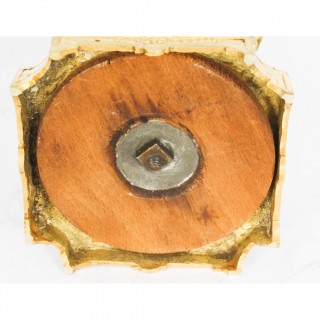 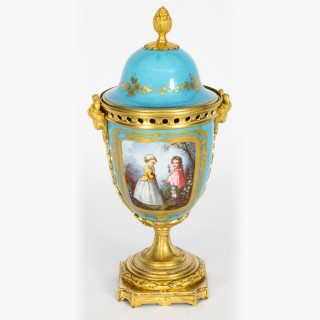 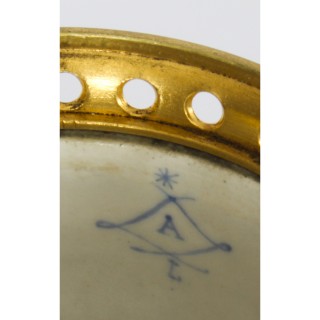 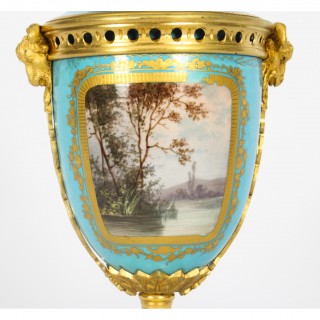 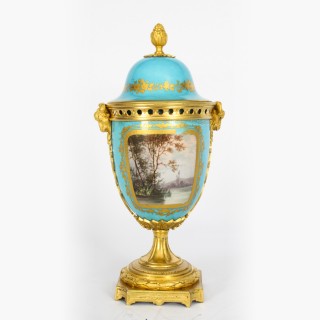 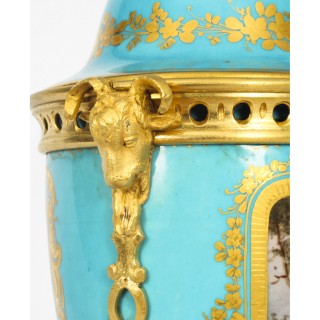 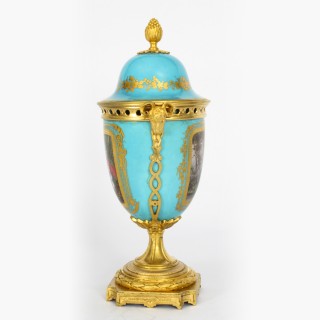 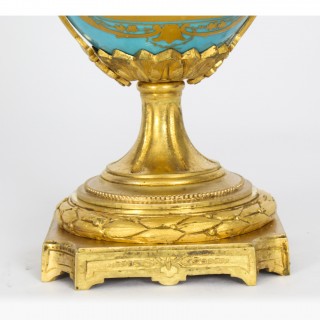 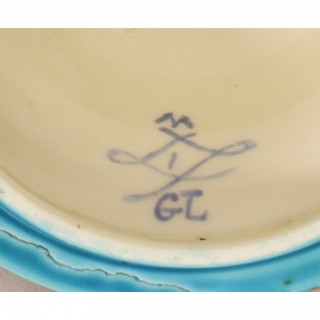 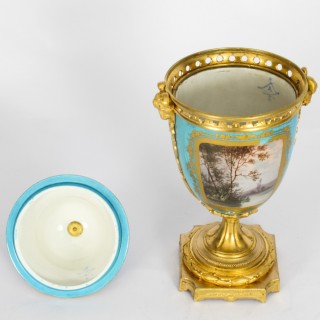 The lids and bodies bear the blue painted Sevres marks.

Add some timeless elegance to your home with these beautiful urns.

Condition:
In excellent condition having been beautifully cleaned in our workshops, please see photos for confirmation.