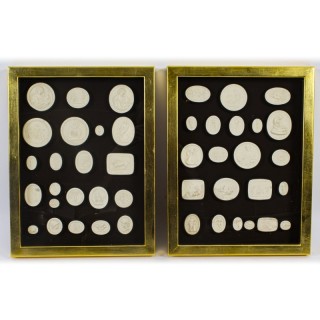 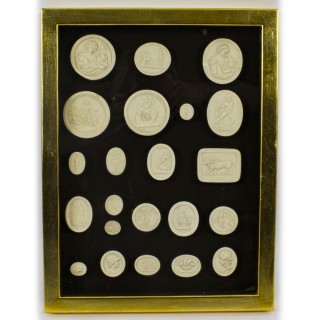 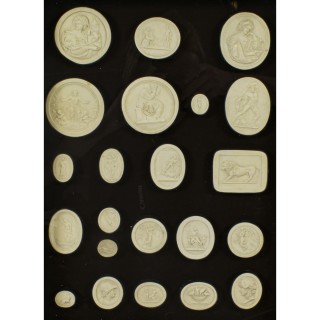 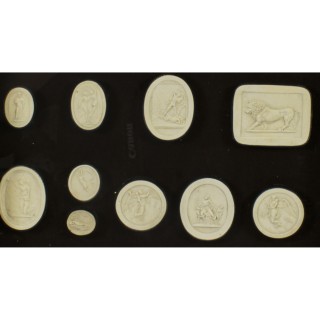 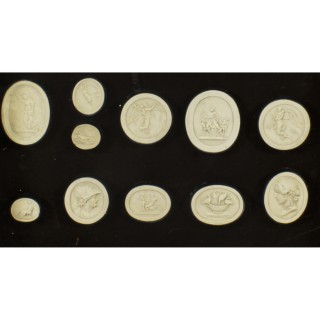 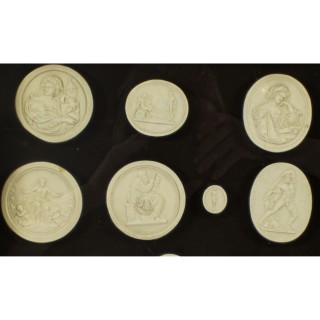 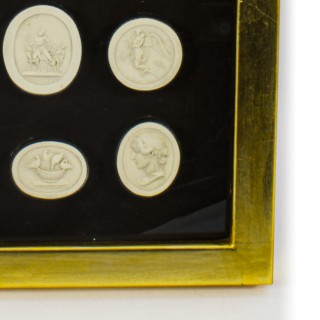 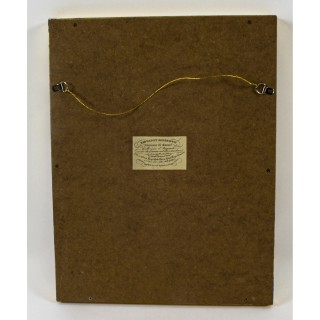 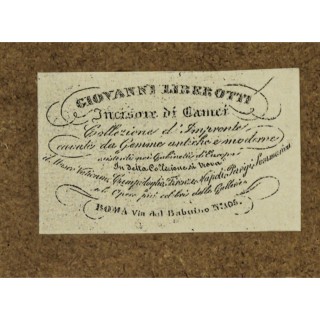 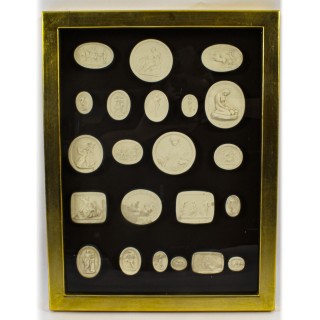 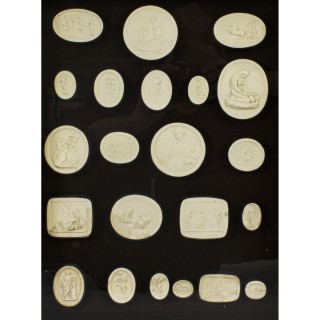 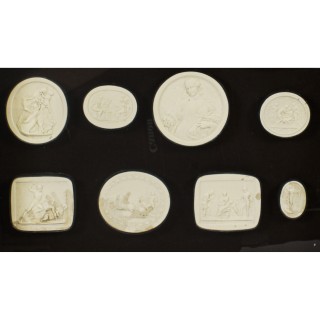 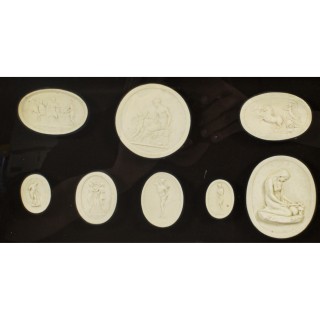 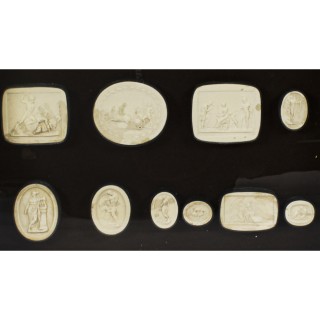 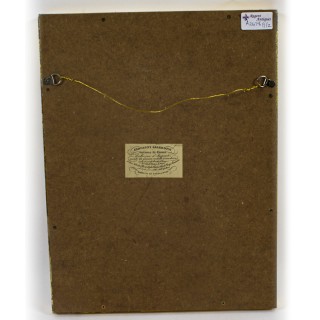 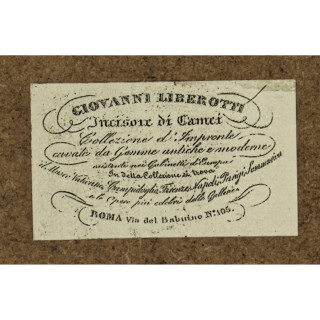 Giovanni Liberotti miniature plaster relief impressions of masterpieces of European art. This collection is an example of the type of souvenirs prized by the travelers of the Grand Tour. It is a small part of the museum`s gem cast collection, which is very rich in content and versatile in appearance. Gem casts were used as valuable illustrative materials in lectures.