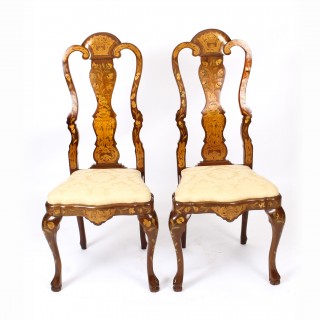 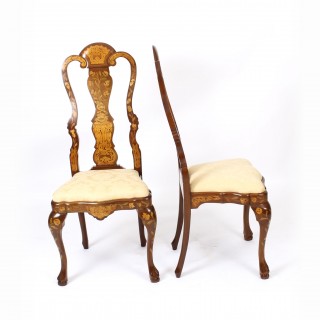 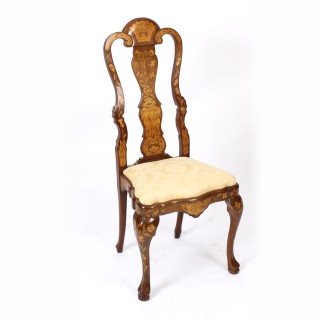 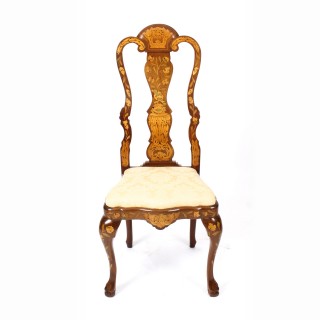 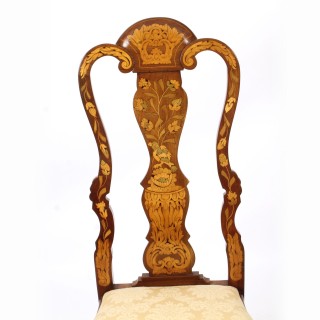 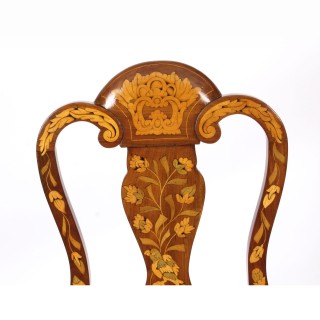 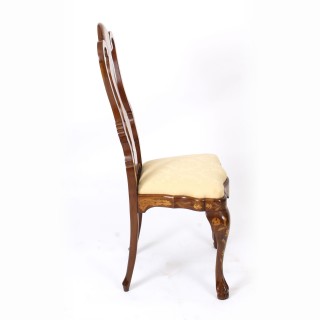 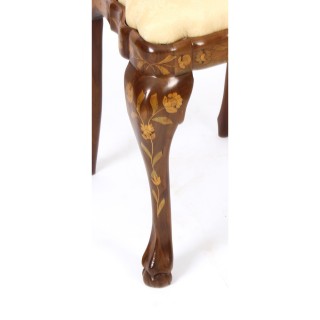 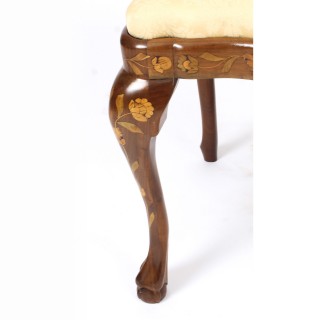 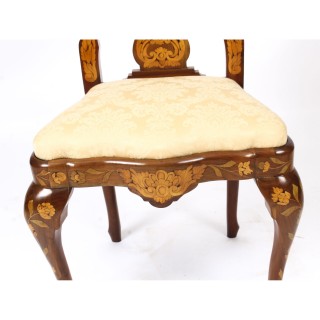 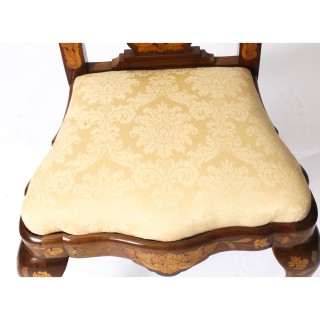 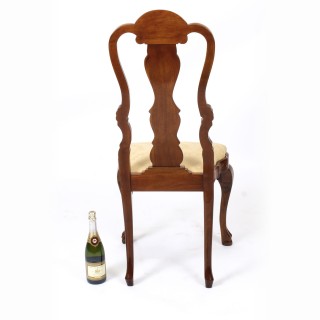 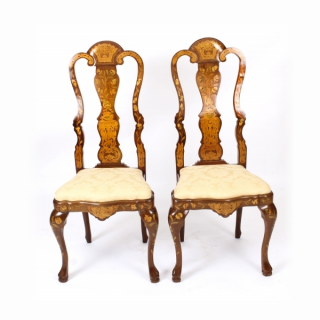 The chairs have been skillfully crafted from walnut, and bear profuse floral and foliate marquetry inlaid decoration.

They have refined shaped drop-in seats and are raised on gently curving elegant cabriole legs terminating in attractive claw and ball feet.

The chairs have been French polished and the seats have been just reupholstered in a sumptuous golden damask fabric which brings out the splendour of this wonderful pair.

Add a touch of unparalleled grandeur to your room with this stunning pair.

Condition:
In excellent condition having been beautifully cleaned, French polished and reupholstered in our workshops, please see photos for confirmation.