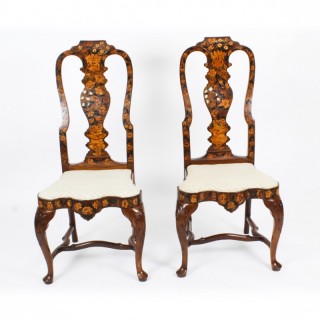 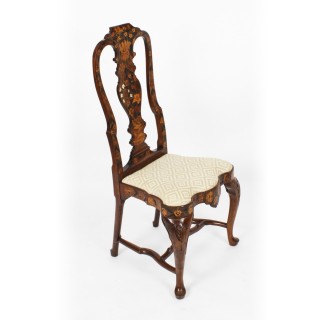 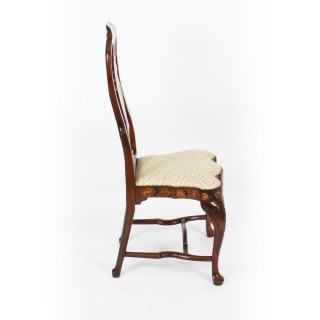 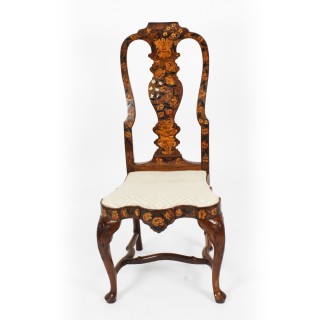 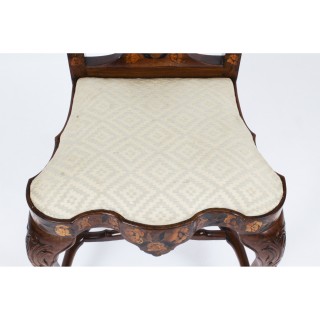 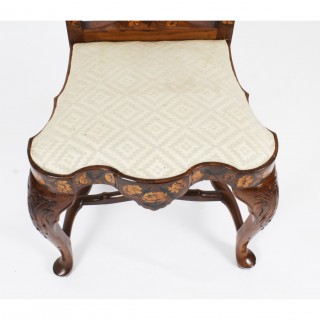 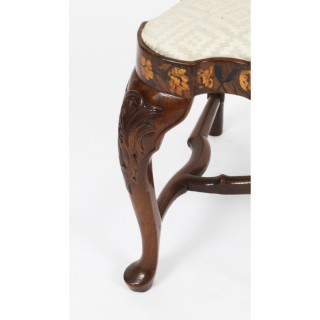 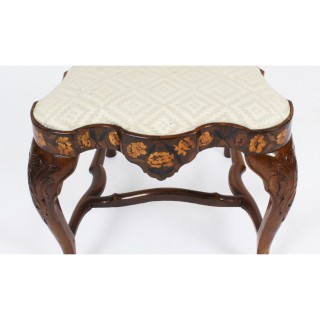 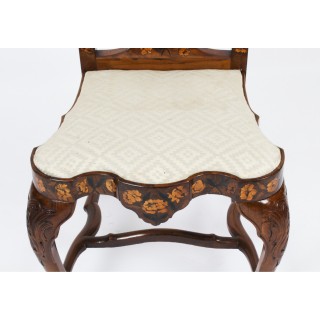 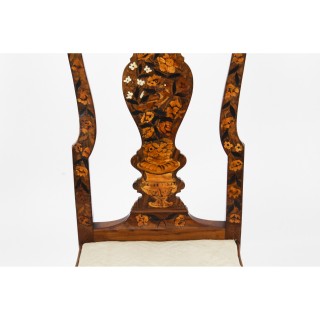 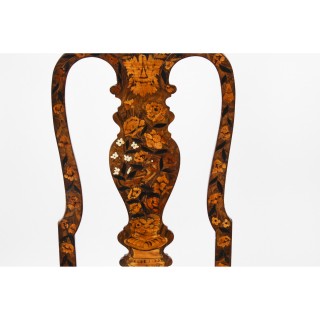 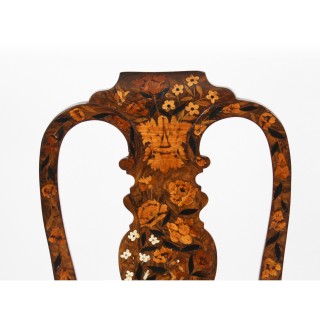 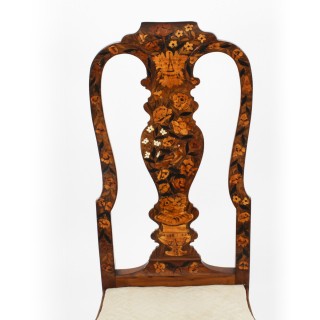 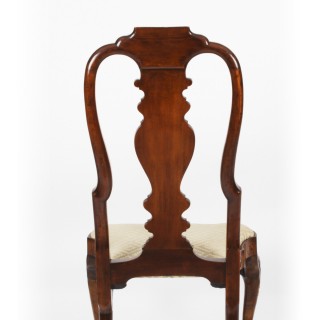 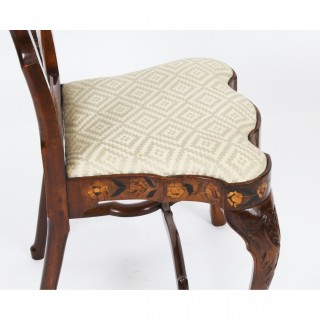 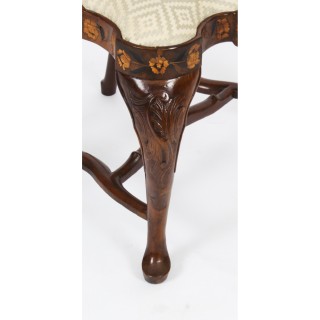 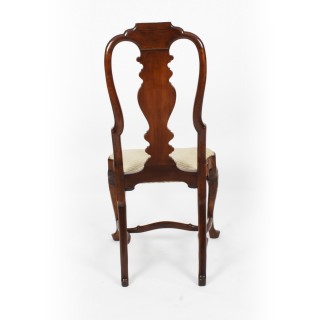 This is a wonderful and rare pair of high backed Dutch walnut and floral marquetry dining chairs, Circa 1780 in date.

The chairs have been skillfully crafted from walnut, bear profuse floral marquetry inlaid decoration and are typical of the very best period Dutch marquetry furniture.

The majestic central back splats are inlaid with stunning armorial crests, the craftsmen did everything to make the backs stand out, and as a finishing touch each chair has floral marquetry decoration with bouquets, urns and buterflies, which add an extra touch of elegance and finesse to these sumptuous chairs.

They have luxurious shaped drop-in seats and the chairs are raised on elegant gently curving cabriole legs that terminate in claw and ball feet. The legs are joined by h- stretchers to give extra stability.

Transform the decoration in your home with this pair of chairs fit for a king.