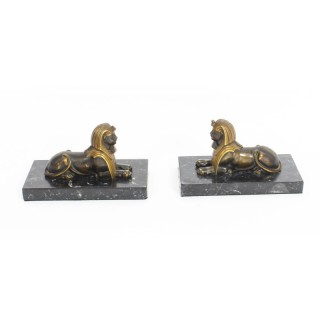 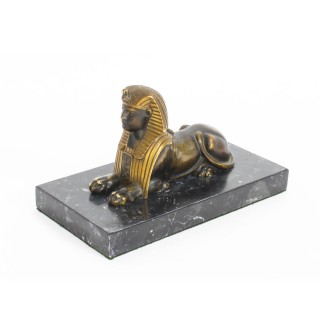 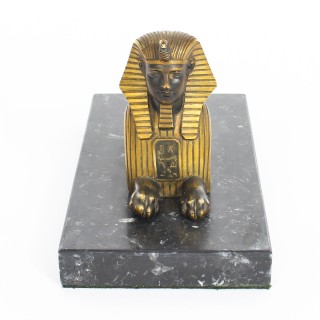 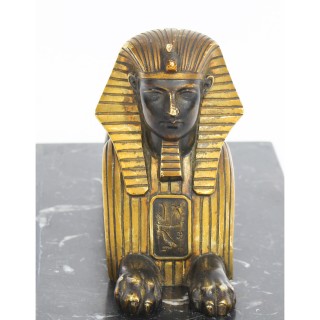 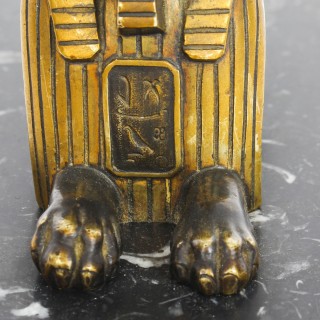 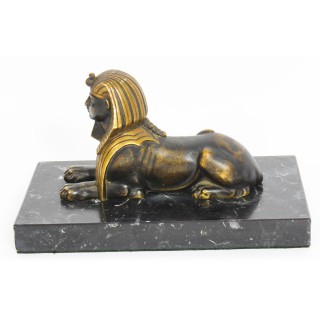 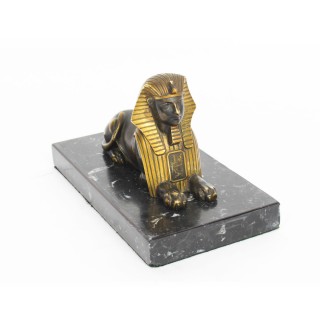 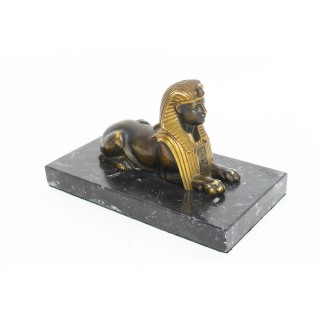 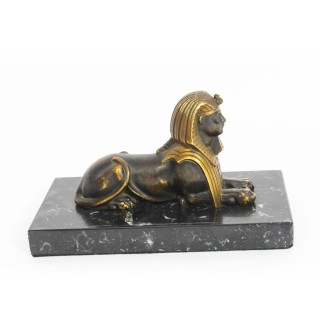 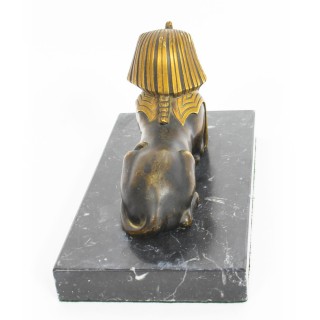 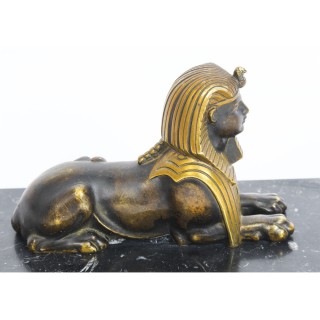 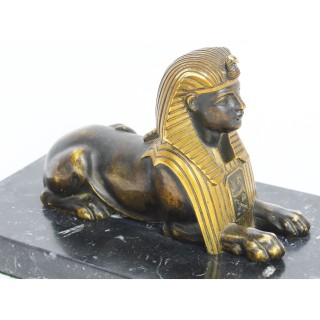 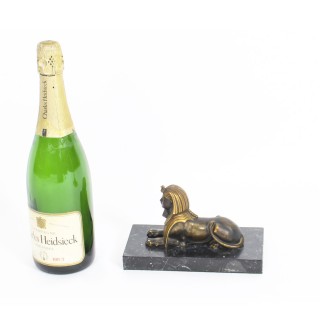 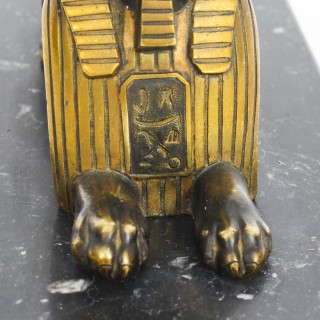 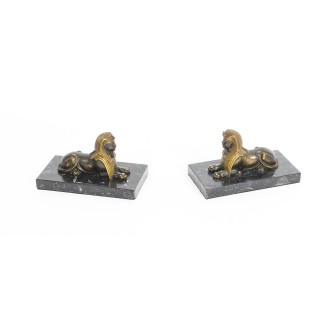 This is a truly superb pair of antique French grand Tour Empire Egyptian Revival bronzes each modelled as a recumbent pharaoh, circa 1860 in date

The craftsmanship is second to none throughout all aspects of this pair and they are sure to add an unparalleled touch of elegance to your home.

Condition:
In excellent condition. As antique items, the pieces show signs of use commensurate with age, these minor condition issues are mentioned for accuracy and, as seen in the accompanying photographs, the bronzes display beautifully.