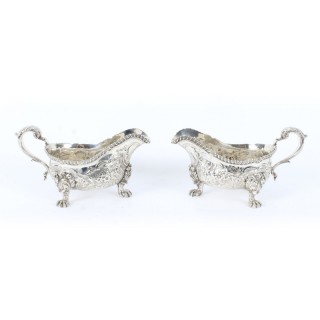 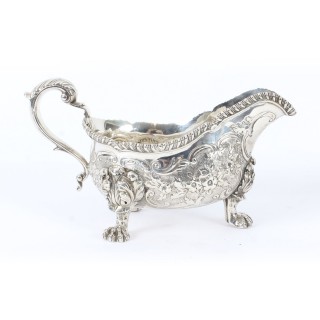 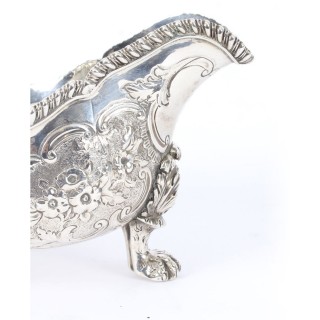 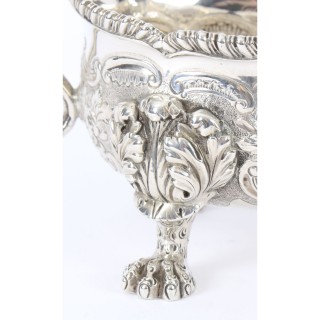 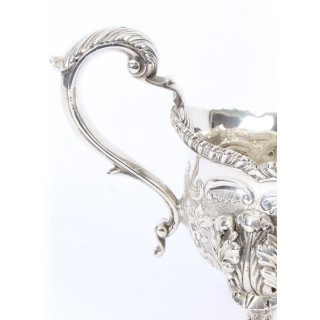 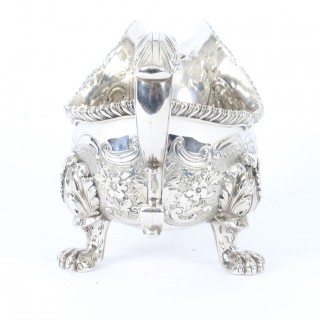 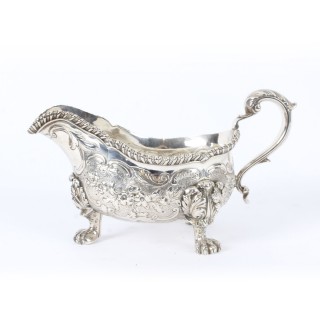 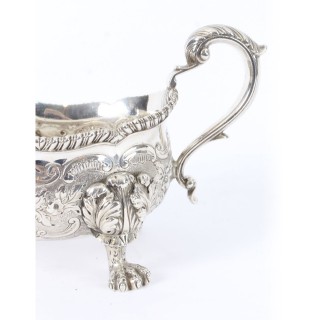 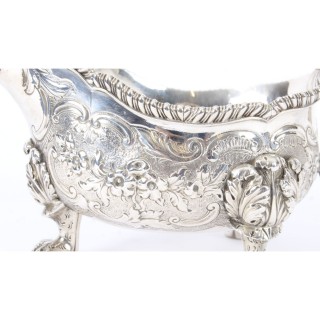 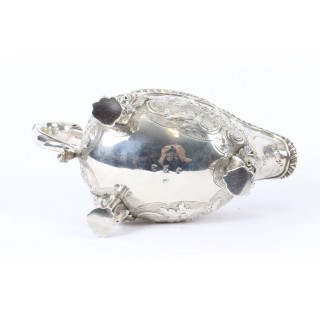 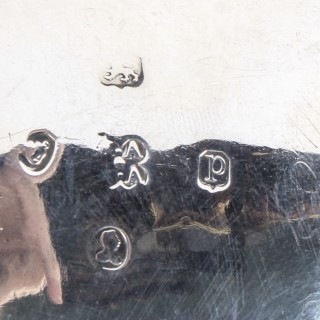 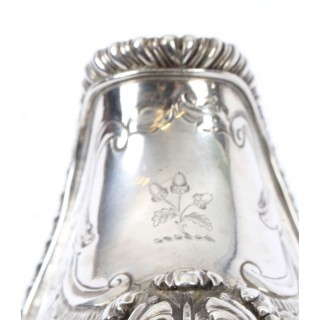 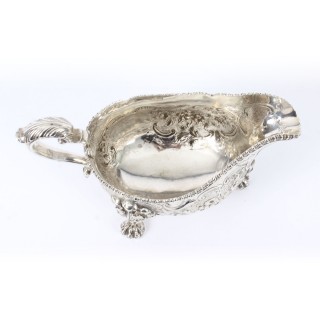 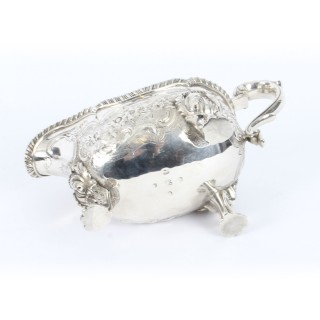 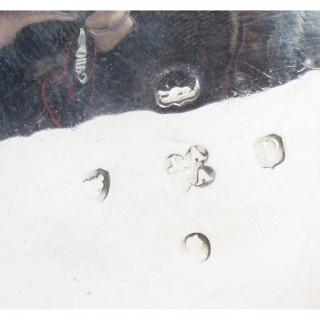 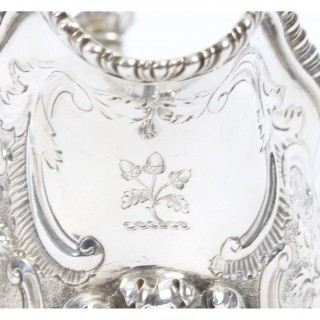 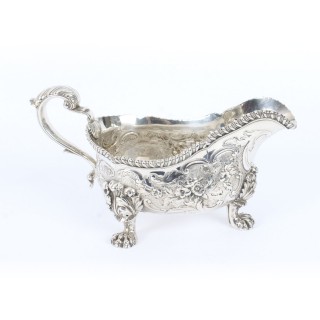 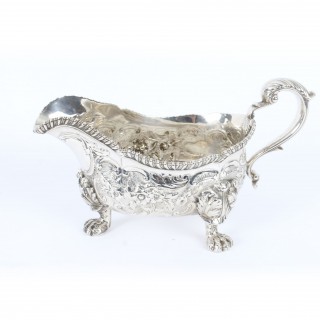 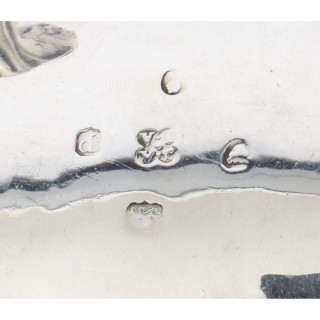 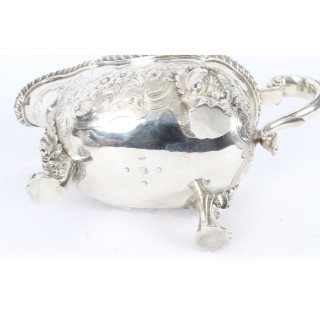 This is a stunning George IV pair of sterling silver sauce boats, fully hallmarked for London 1830.

Made of thick gauge silver, the sauce boats bear the maker’s mark of the highly sought after silversmith, John & Joseph Angell.

The sauce boats are of oval shape with beautiful gadrooned borders. The body of the sauce boats have lovely chased repoussé leaf, floral and scroll decoration against a textured background.

The sauce boats have a classic handle with chased leaves, and they stand on three large paw feet.

The front of the sauce boats have a cartouche with three acorns.

Whether you would like to acquire a piece such as this for its value as a collectable item or simply as a useful and decorative piece of fine English silver, you will not be dissapointed.

The firm, founded in 1811 by Joseph Angell, is one of the most successful silver and jewellery manufacturers in the mid 19th Century.

After his apprenticeship to Henry Nutting, Joseph obtained his freedom in 1804. In 1811 he entered his first mark as a plate worker and registered his company at 55 Compton Street, Clerkenwell. Until 1849 the firm mainly supplied other London retailers such as Roskell and Rundell Bridge.

Joseph Angell senior retired in 1849 and the business was carried on by his son, who also opened a retail shop in Charing Cross.

In 1851 Joseph Angel junior participated at the Great Exhibition at Crystal Palace, exhibiting some extraordinary artworks: a finely chased shield representing the battle of Issus between Darius and Alexander and subsequently acquired by Queen Victoria and a selection of coffee and tea services and claret jugs, intricately decorated with scrolls, flowers and eccentric ornaments. One of the sets on show, a gilt silver coffee and tea service, was awarded a prize Medal and is illustrated in the exhibition’s catalogue “The industry of all Nations”, 1851. Although its design became extremely popular and was reproduced several times during the 19th Century, the original one was acquired by the Victoria and Albert Museum in 1973.

The firm also exhibited in New York in 1853 and in the International Exhibition in 1862, winning other medals.

After Joseph’s death the business was managed by John’s son George and finally closed in 1889.