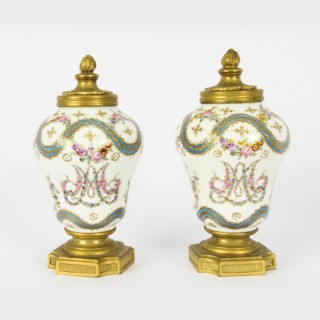 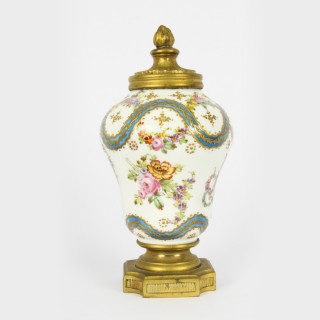 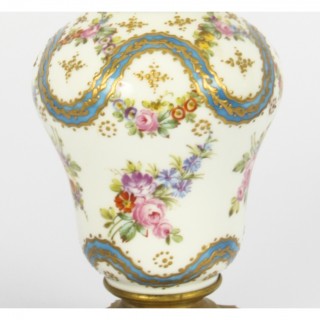 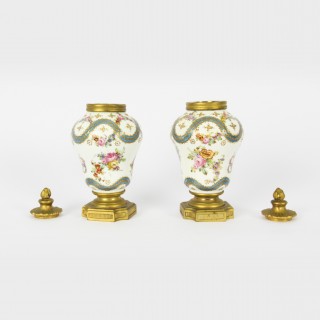 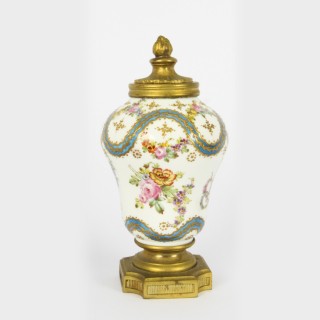 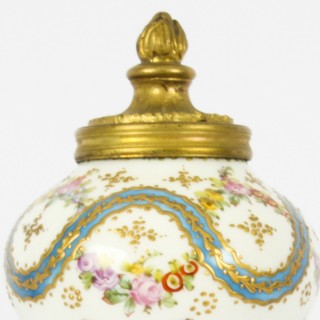 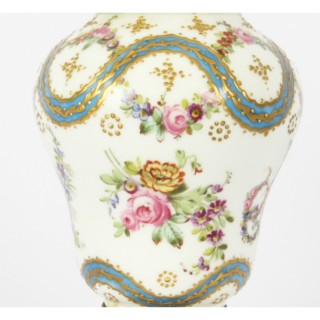 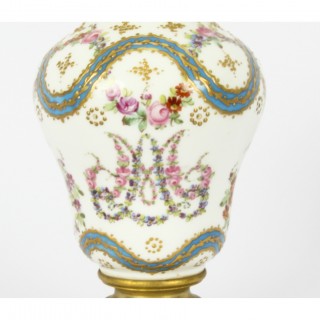 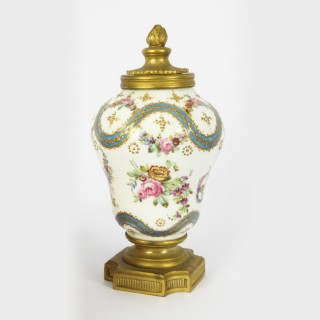 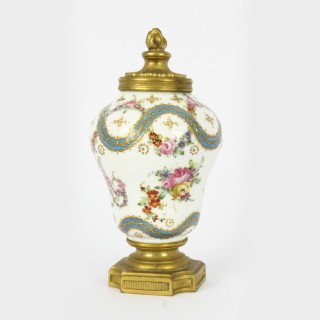 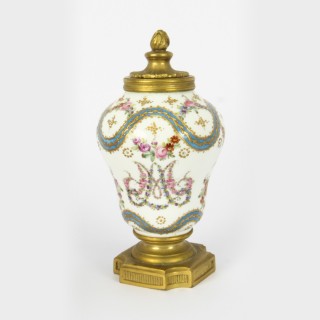 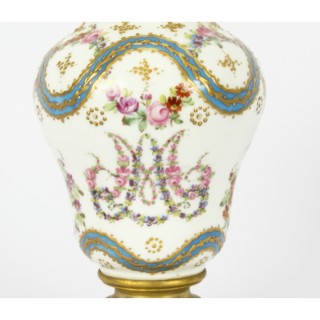 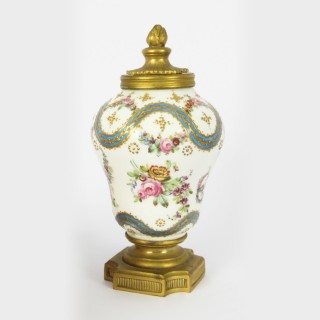 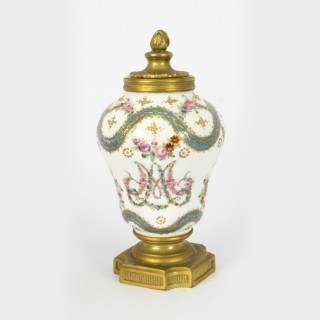 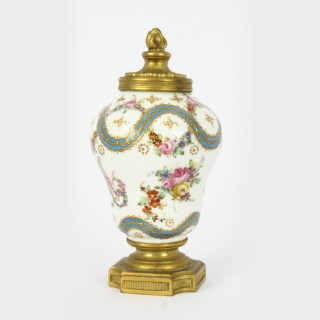 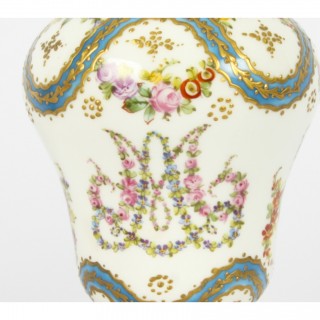 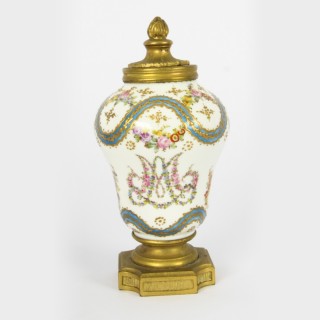 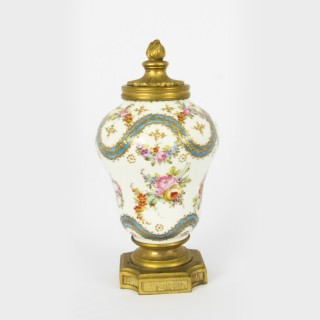 This is a beautiful antique small pair of French Sevres porcelain and ormolu mounted lidded vases, in the Louis XV manner, mid 19th century in date.

The vases are of baluster form and are superbly painted with the monogram of Marie Antoinette within floral and ribbon swags, highted with gilt.

Condition:
In excellent condition with no signs of damage or repair, please see photos for confirmation.