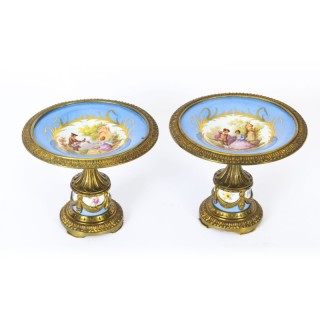 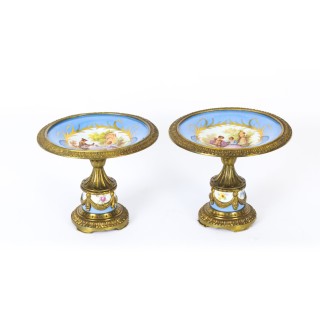 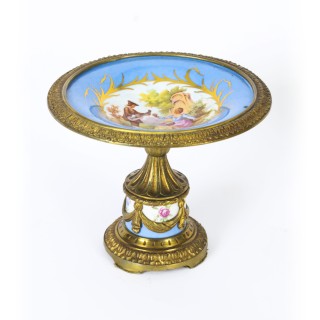 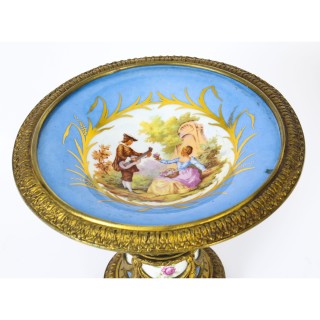 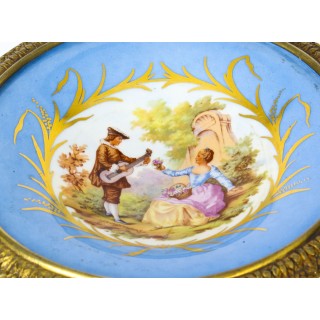 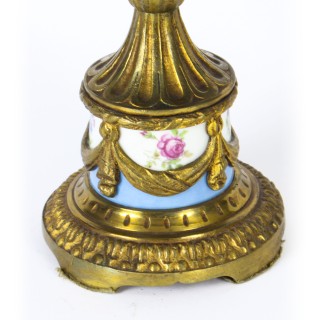 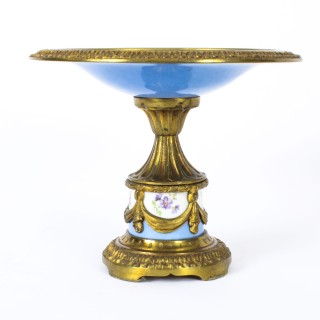 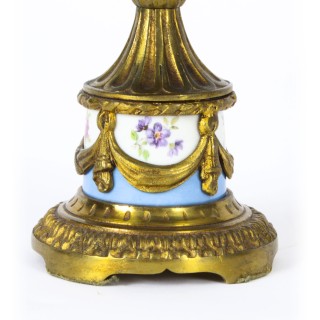 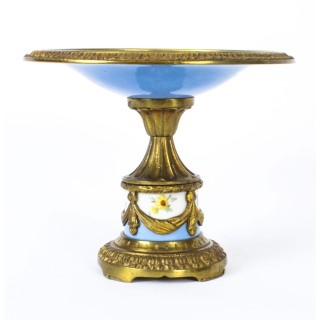 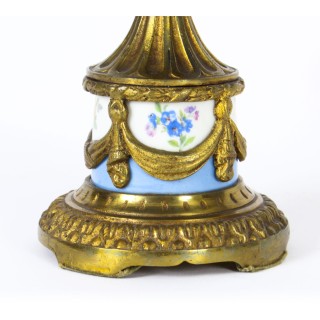 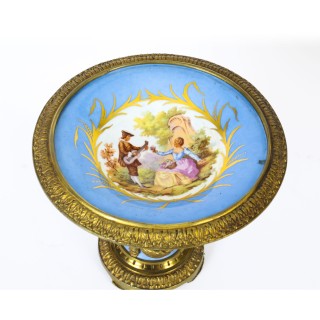 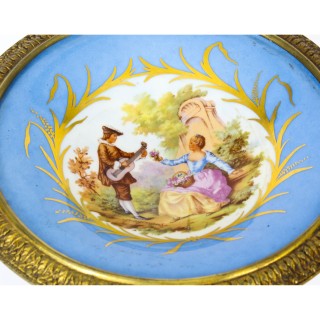 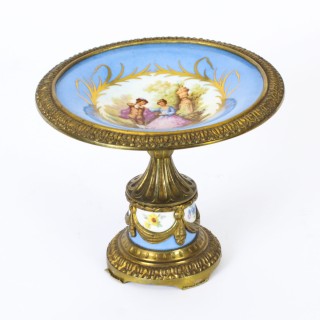 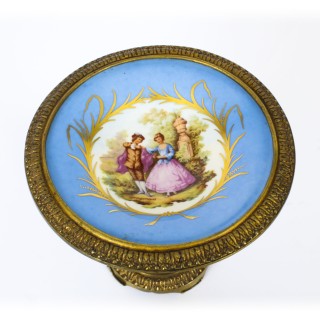 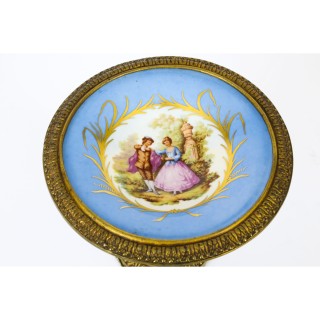 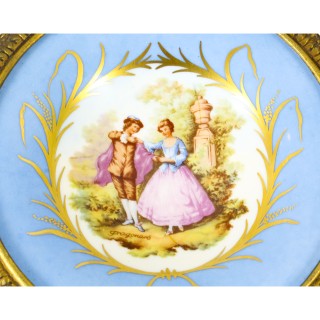 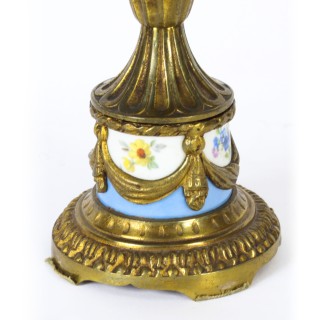 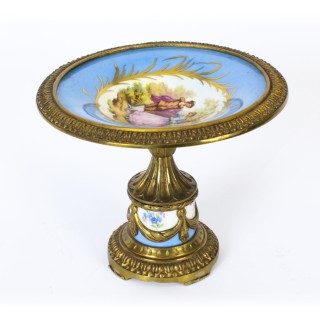 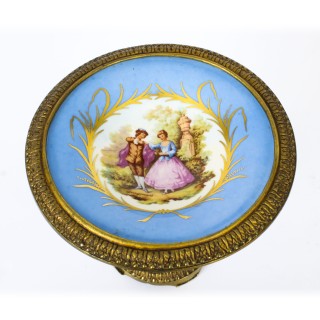 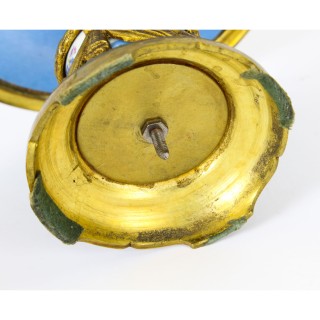 This is a beautiful antique pair of French ormolu mounted Sevres porcelain tazzas, in the Louis XV manner, Circa 1870 in date.

Condition:
In really excellent condition with no chips, cracks or signs of repair. As antique items, the tazzas show minor signs of use commensurate with age, these minor condition issues are mentioned for accuracy and, as seen in the accompanying photographs, the tazzas display beautifully.