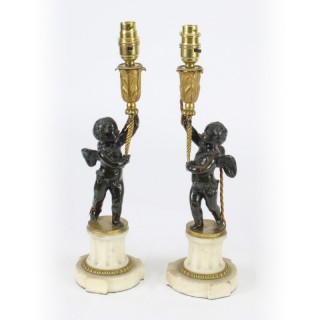 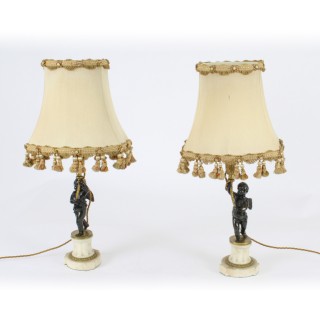 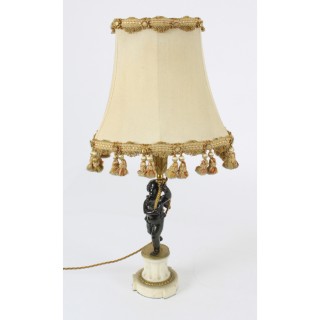 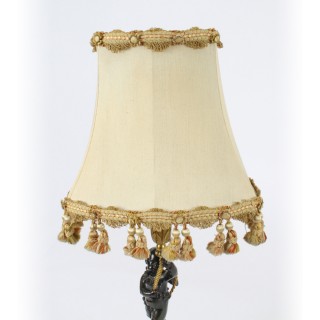 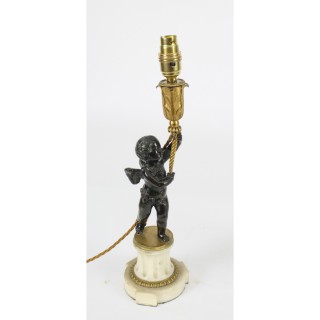 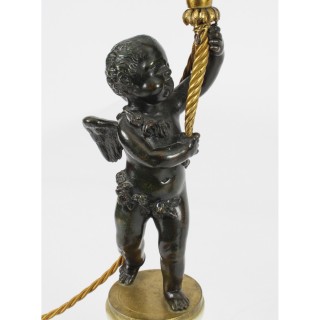 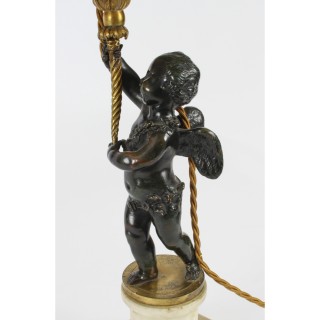 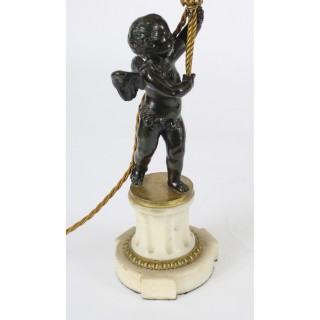 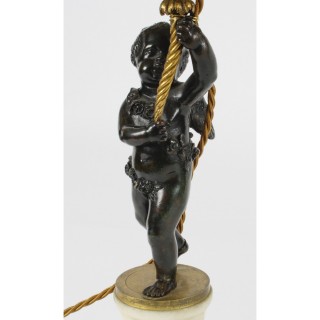 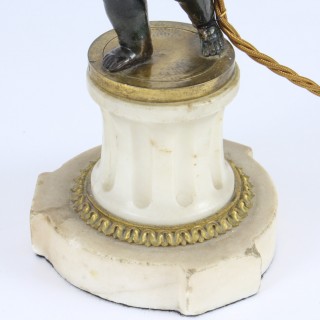 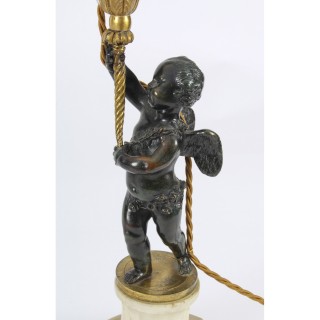 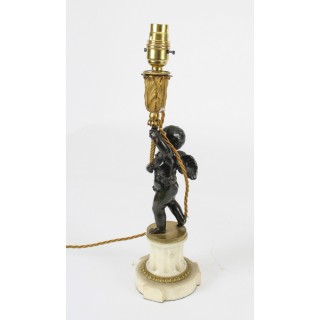 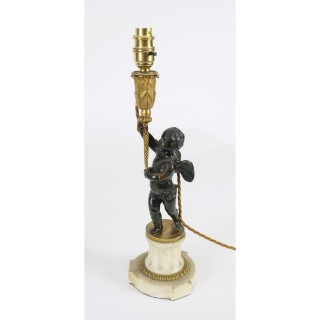 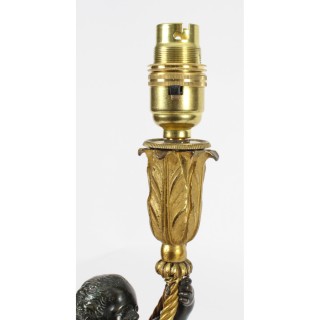 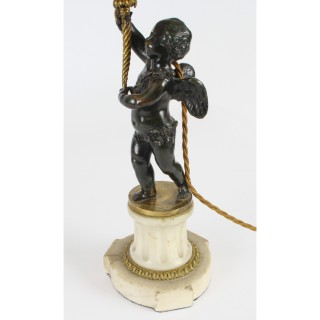 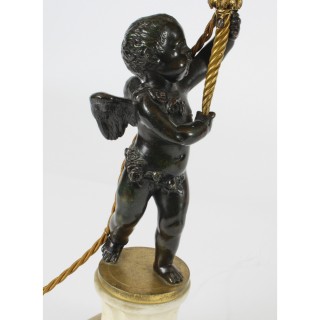 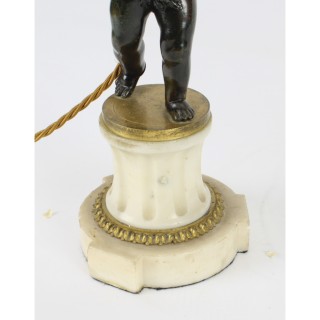 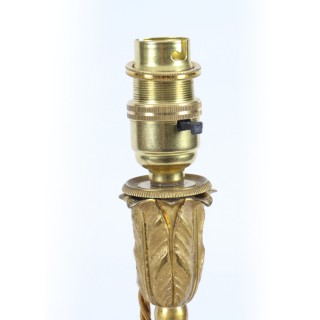 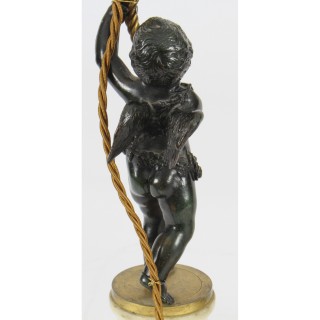 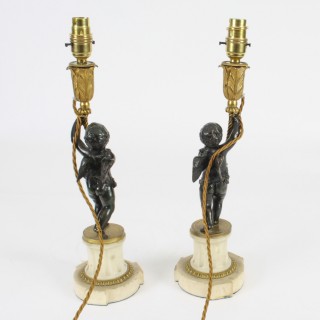 Each modelled with a cherub raising a foliate cast light fitment, and raised on fluted and shaped circular section bases.

Provenance:
Property from The Manor House, Stanford in the Vale.

Condition:
In really excellent working condition having been beautifully cleaned and rewired in our workshops, please see photos for confirmation.

The Manor House, Stanford in the Vale
A simply sublime country home with a fascinating history. One of Oxfordshire’s finest country residences, The Manor House enjoys a prominent setting in the idyllic village of Stanford-in-The-Vale, nestled at the foot of the ancient Ridgeway and surrounded by farmland and open countryside.

As you would expect from a property of this age, The Manor House has a glorious and fascinating past. There has been a manor at Stanford in the Vale since the 11th Century. The current Manor House dates from the 15th Century and was remodelled in the early 18th Century in a Georgian style. In 1474, Anne Beauchamp, 16th Countess of Warwick, conferred all her estates on her two daughters. Stanford was among those she passed to Anne Neville who later became Queen Consort to King Richard III. It is thought that the neighbouring church of St Denys may have been the site of their wedding as the South Porch, built in the 1470’s, bears the arms of York and Warwick

Ormolu (from French ‘or moulu’, signifying ground or pounded gold) is an 18th-century English term for applying finely ground, high-carat gold in a mercury amalgam to an object of bronze.The mercury is driven off in a kiln leaving behind a gold-coloured veneer known as ‘gilt bronze’.
The manufacture of true ormolu employs a process known as mercury-gilding or fire-gilding, in which a solution of nitrate of mercury is applied to a piece of copper, brass, or bronze, followed by the application of an amalgam of gold and mercury. The item was then exposed to extreme heat until the mercury burned off and the gold remained, adhered to the metal object.