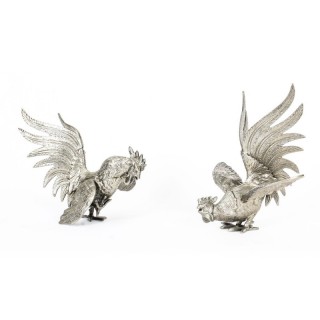 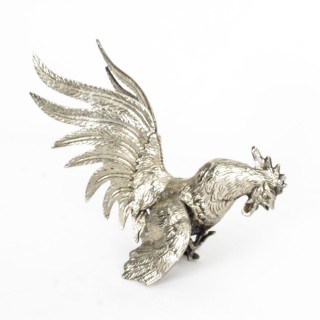 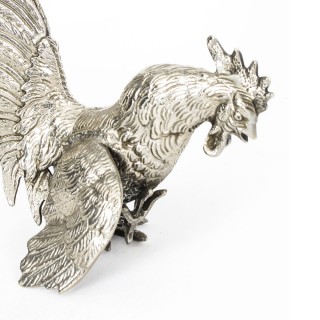 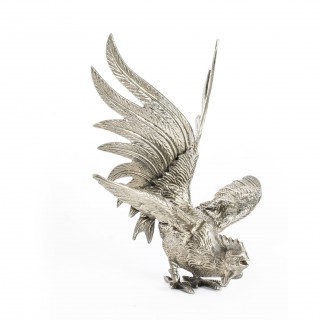 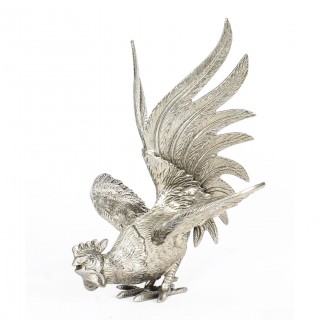 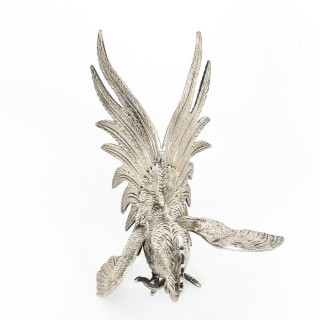 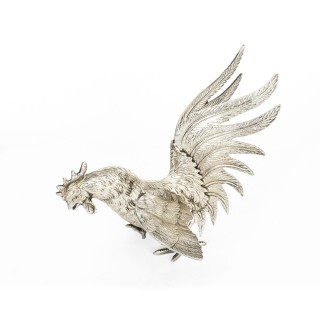 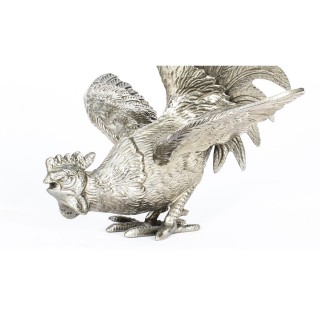 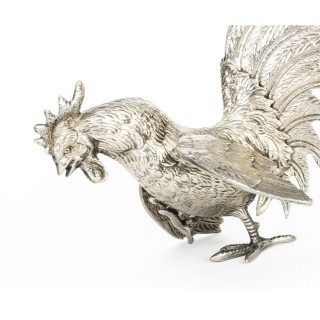 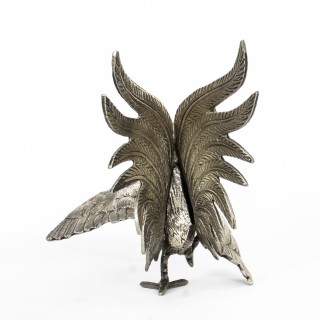 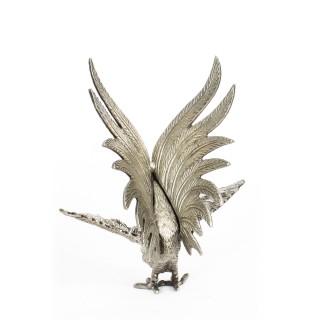 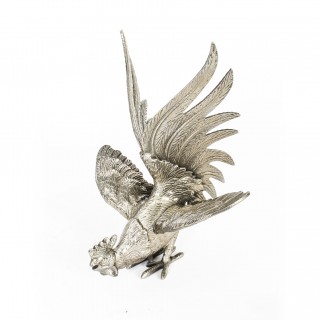 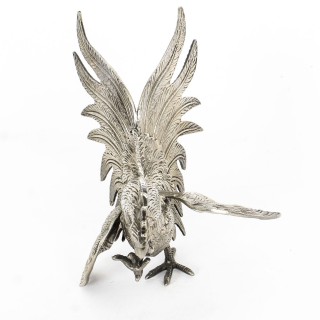 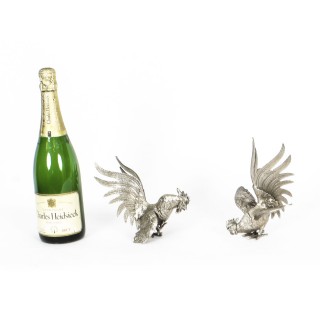 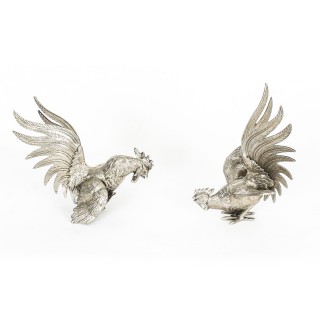 This is a very attractive antique pair of French silver plated fighting cockerels, Circa 1880 in date.

These beautifully sculpted and hand-chased fine textured cockerels are in realistic aggressive and dynamic fighting poses with flowing plumage and open wings ready to attack.

They will add a touch of action to your dining table, game table or buffet.

A cockfight is a sport between two roosters (cocks), or more accurately gamecocks, held in a ring called a cockpit. The history of raising fowl for fighting goes back 6,000 years. The first documented use of the word gamecock, denoting use of the cock as to a “game”, a sport,pastime or entertainment, was recorded in 1646, after the term “cock of the game” used by George Wilson, in the earliest known book on the sport of cockfighting in The Commendation of Cocks and Cock Fighting in 1607. But it was during Magellan’s voyage of discovery of the Philippines in 1521 when modern cockfighting was first witnessed and documented by AntonioPigafetta, Magellan’s chronicler, in the kingdom of Taytay.
The combatants, referred to as gamecocks, are specially bred birds, conditioned for increased stamina and strength. The comb and wattle are cut off in order to meet show standards of the American Gamefowl Society and the Old English Game Club and to prevent freezing in colder climates (the standard emerged from the older practice of severing the comb, wattles, and earlobes of the bird in order to remove anatomical vulnerabilities, similar to the practice ofdocking a dog’s tail and ears).
Cocks possess congenital aggression toward all males of the same species. Cocks are given the best of care until near the age of two years. They are conditioned, much like professional athletes prior to events or shows. Wagers are often made on the outcome of the match.
Cockfighting is a blood sport due in some part to the physical trauma the cocks inflict on each other, which is sometimes increased for entertainment purposes by attaching metal spurs to the cocks’ natural spurs. While not all fights are to the death, the cocks may endure significant physical trauma. In some areas around the world, cockfighting is still practiced as a mainstream event; in some countries it is regulated by law, or forbidden outright. Advocates of the “age old sport often list cultural and religious relevance as reasons for perpetuation of cockfighting as a sport.