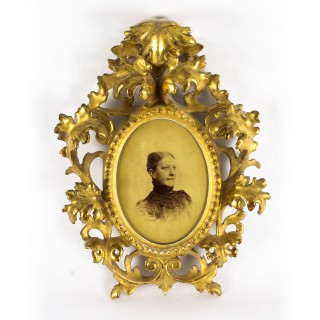 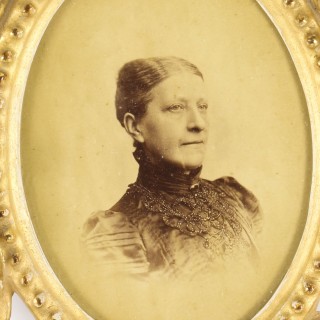 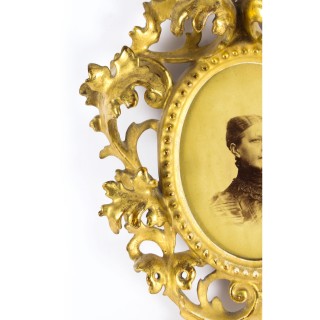 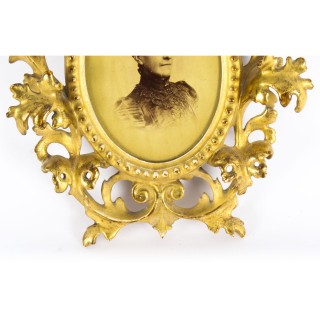 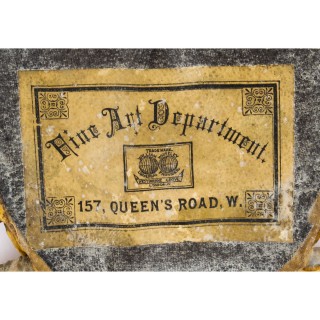 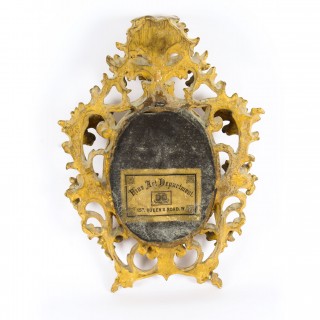 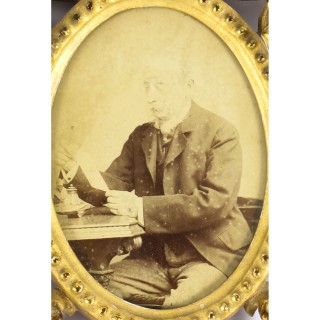 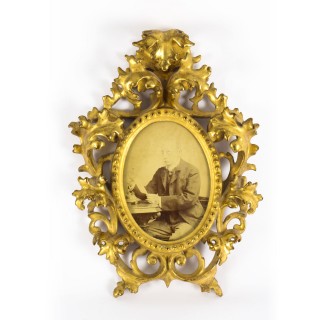 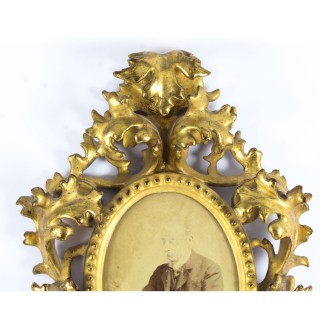 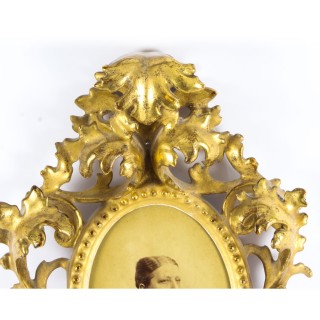 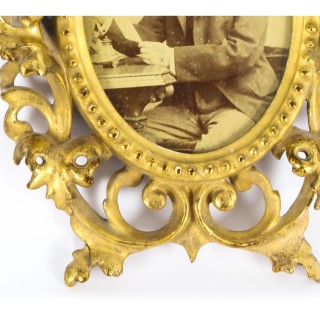 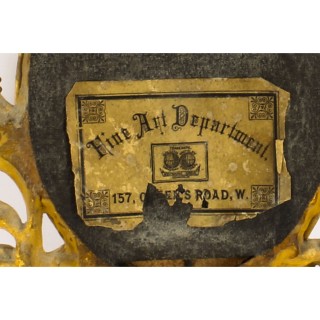 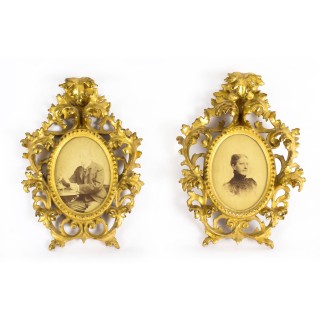 This is a beautifully pair of Florentine Rococo Gilt Wood picture frames, Circa 1870 in date.

There is no mistaking the quality and unique design and this is sure to be a treasured addition to your home.

Florentine frames made in Florence are a centuries-old tradition maintained by several artisan guilds. Florentine items produced in from the mid-19th century onward, typically reflect a contemporary interpretation of Renaissance art and furnishings. They have an ornate appearance, and are typically gold gilded, or have gold paint applied to resemble gilding.

William Whiteley
The original Whiteleys department store was created by William Whiteley, who started a drapery shop at 31 Westbourne Grove in 1863. By 1867 it had expanded to a row of shops containing 17 separate departments.
Dressmaking was started in 1868, and a house agency and refreshment room, the first ventures outside drapery, opened in 1872. By then 622 people were employed on the premises and a further 1,000 outside. Whiteleys started selling food in 1875, and a building and decorating department was added in 1876. This proved to be particularly profitable, as the large stuccoed houses in the area needed regular repainting.
Whiteleys met strong opposition from smaller tradesmen, and also from the local authorities over its grand building plans, and several bad fires in the 1880s may have been caused by opponents. Business nonetheless prospered, aided by a delivery service extending up to 25 miles (40 km), and in 1887 the store was described as ‘an immense symposium of the arts and industries of the nation and of the world’.
By 1890 over 6,000 staff were employed in the business, most of them living in company-owned male and female dormitories, having to obey 176 rules and working 7 am to 11 pm, six days a week. Whiteleys also bought massive farmlands and erected food-processing factories to provide produce for the store and for staff catering. In 1896 it earned an unsolicited Royal Warrant from Queen Victoria – an unprecedented achievement.