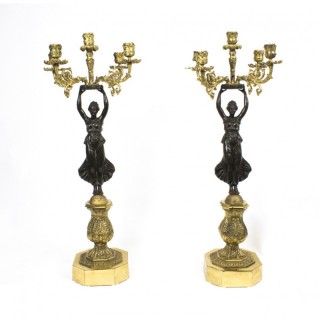 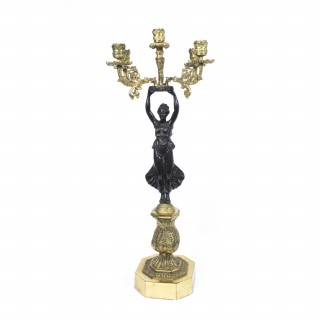 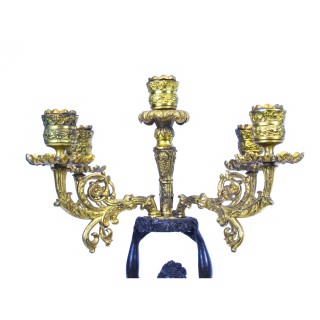 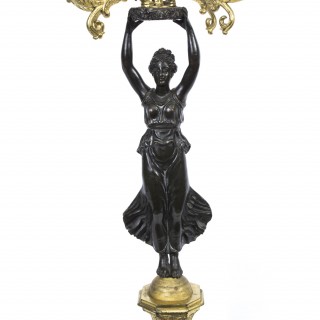 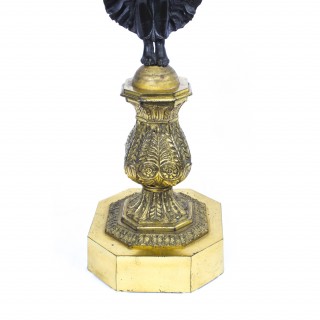 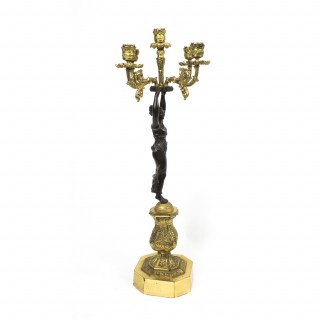 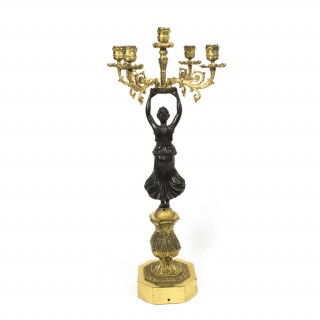 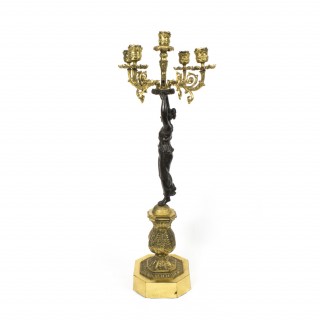 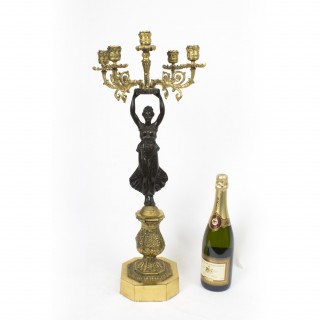 This is an exquisite large antique pair of dark patinated bronze and gilded ormolu five light, four branch Empire candelabra, Circa 1860 in date.

Each is cast as a classical muse and stands on canted square plinths cast with acanthus.

There is no mistaking the unique quality and design of this elegant pair and they are sure to become the centrepiece of your collection.

This beautiful pair are in elegant Empire style, a neoclassical style prevalent in France during the first part of the 19th century.

Bought on our last buying trip to Montpelier.