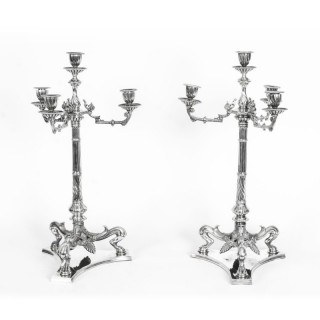 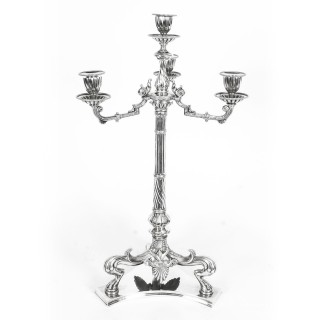 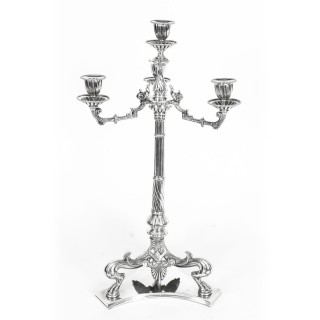 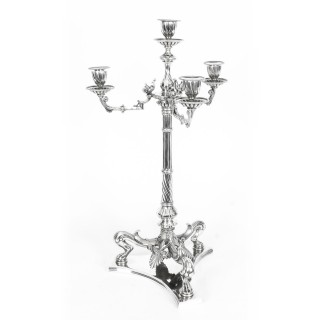 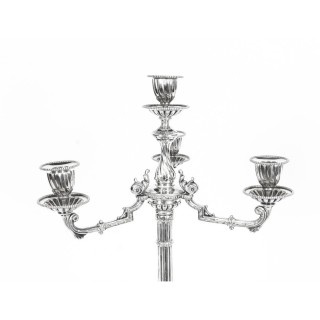 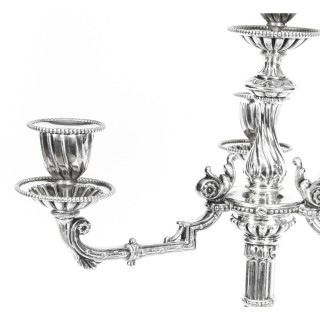 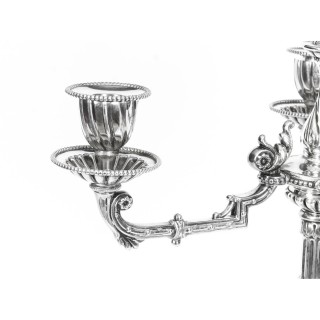 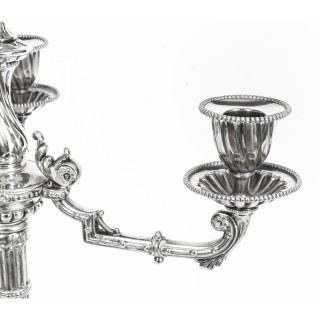 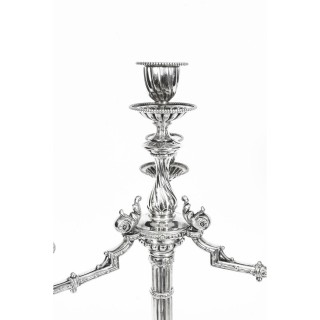 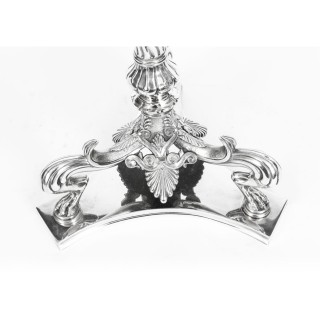 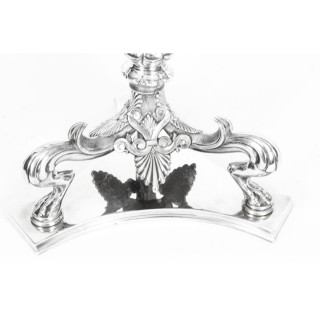 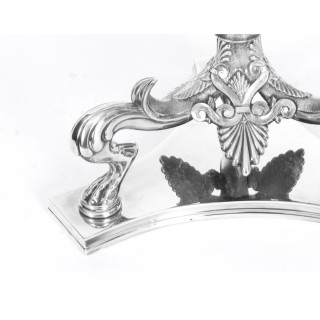 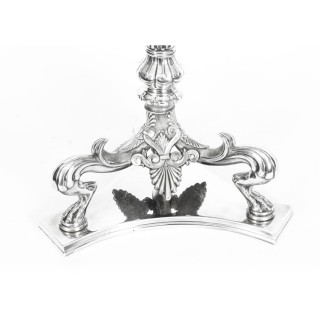 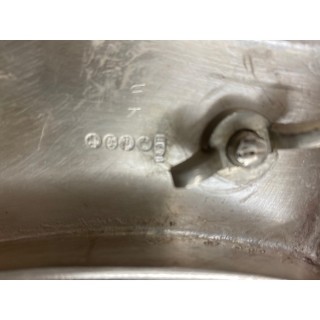 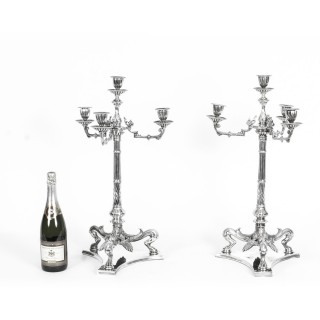 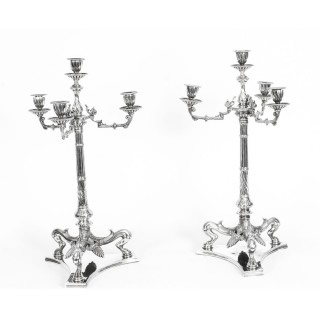 This is a truly magnificent and highly distinguished pair of antique Victorian silver-plated four-light three-branch table candelabra by the renowned silversmiths Hodd & Linley, Hatton Gardens, London, circa 1870 in date.

Each of these splendid candelabra are a mix of the Neo Classical & Empire styles, features a stunning fluted and reeded stem with three decorative cast branches, each terminating in a shaped and reeded socket and with a further central branch.

To add even more splendour to this superb pair, they stand on an impressive shaped triangular base with lion-paw feet.

The undersides of the candelabra bear the malers marks.

The attention to detail is fantastic and they are certain to attract attention wherever they are placed.