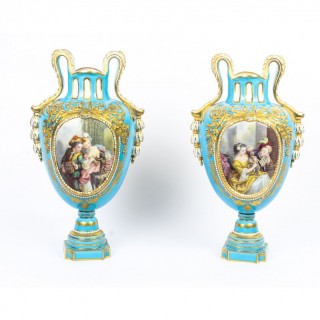 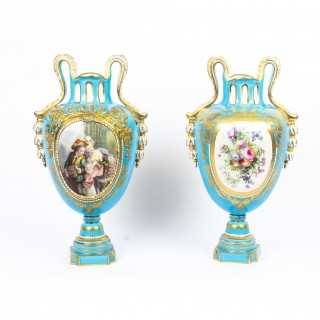 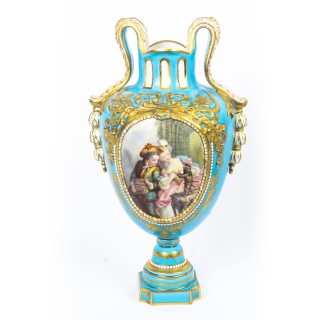 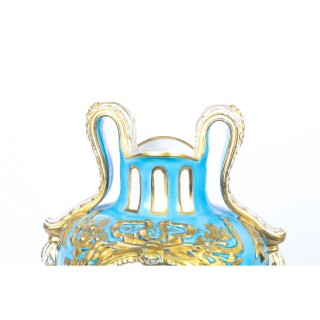 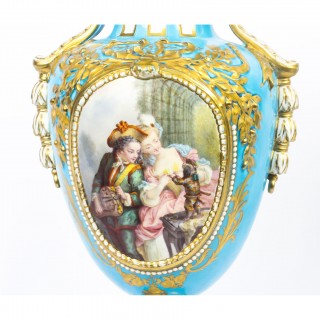 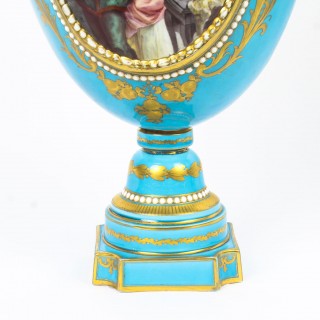 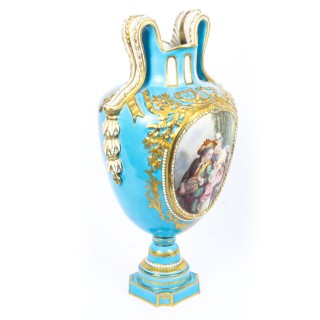 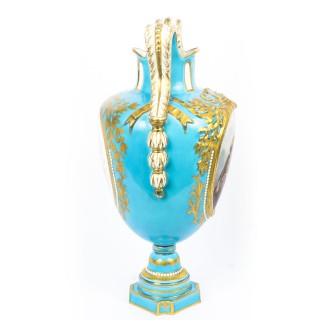 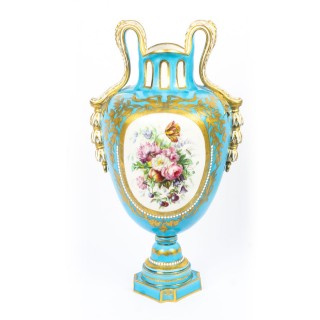 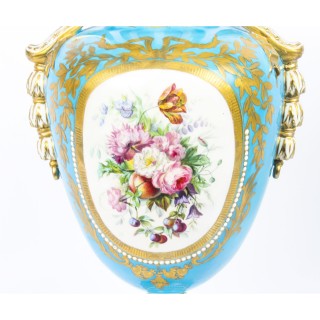 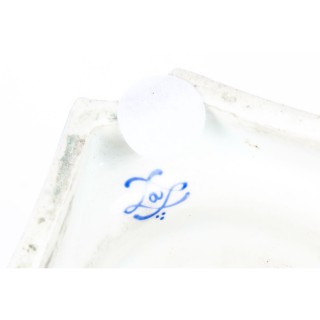 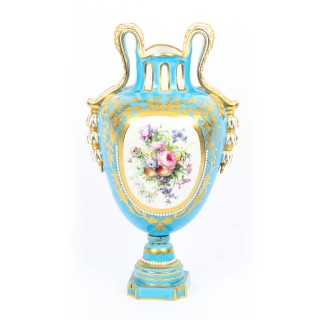 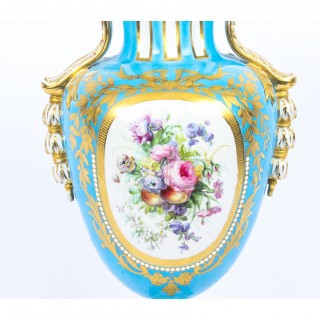 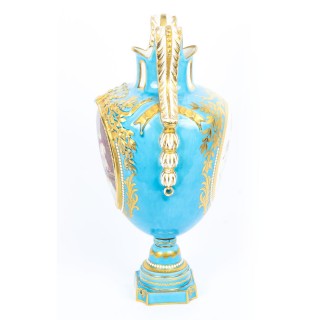 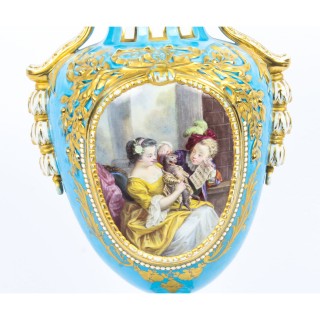 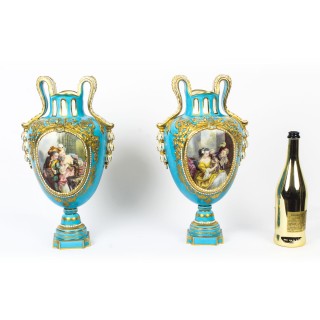 The decorative twin handle vases are superbly decorated with high-quality hand painted panels of romantic domestic scenes of children playing with a kitten and a puppy with bouquets of flowers on verso. With gilt ribbons and foliate and floral ornamentation in relief on a stunning “bleu celeste” ground.

There is no mistaking the quality and unique design of this pair of vases which is sure to be a treasured addition to your home.

Condition:
In excellent condition, with no chips or cracks and only mild rubbing to gilt commensurate with age, please see photos for confirmation.