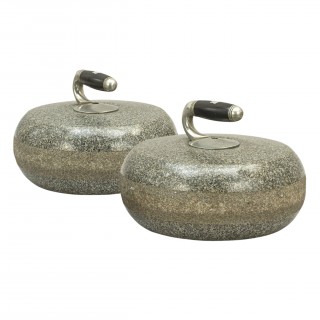 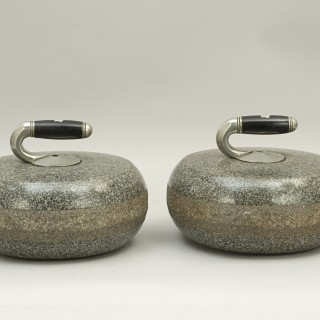 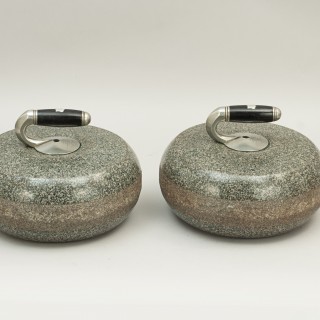 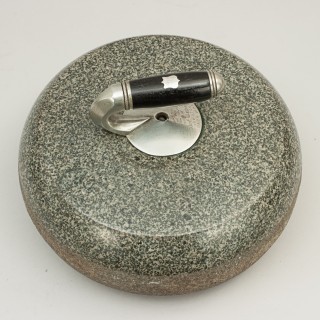 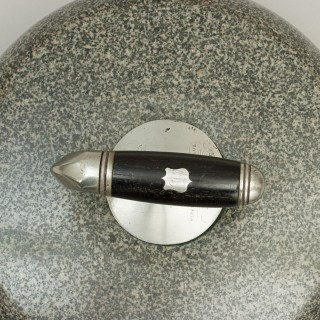 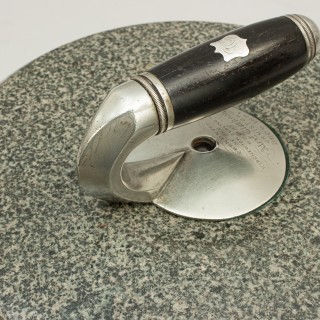 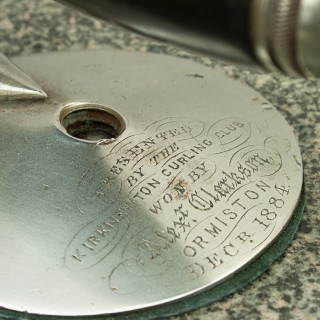 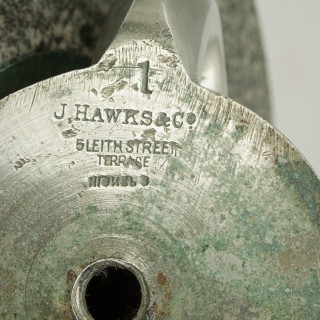 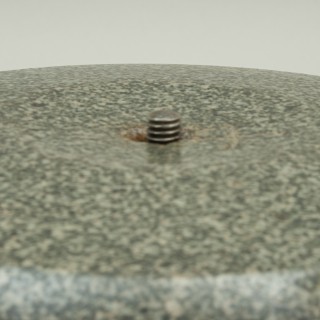 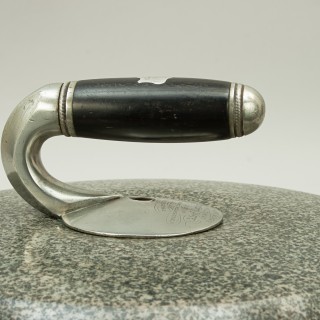 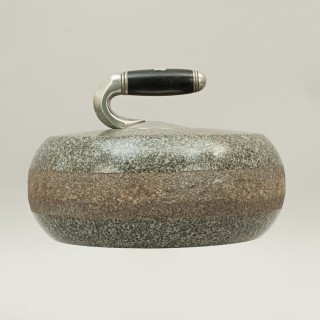 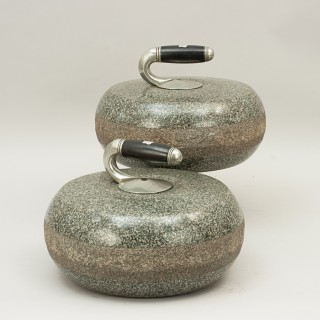 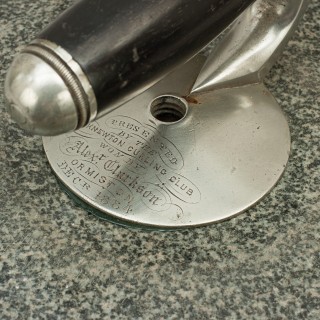 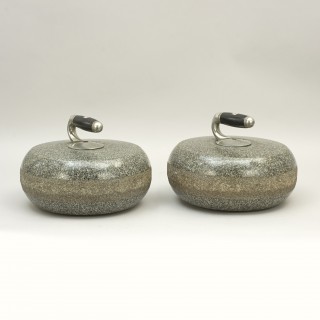 Two Presentation Granite Curling Stones.
A fine pair of traditional grey granite curling stones with removable handles. The stone is most probably made from granite from Ailsa Craig by Turnberry, Scotland. The stones have dips in the top to locate the plated metal handles and are secured by bolts passing through a central hole in the stone. The handles have a wooden ebonised grip with silver shield with initials “AC”, Alex Clarkson. The plate of the handles is also engraved “Presented by The Kirknewton Curling Club, Won by Alex Clarkson, Ormiston, Dec 1884”. A good decorative piece and a curling stone makes for a very good door stop.
The weight displayed is for one curling stone, height is of the stone with no handle, handle is an extra 2 1/2 inches.

The exact origins of curling are unclear but it is known to have a long history in Scotland, and it was through Scottish immigrants that the game of curling spread to other parts of the world. Early curling was an out door sport that was played on frozen lochs and ponds. Because of the unpredictable weather artificial curling rinks were being made to make a little frost go a long way. Concrete rinks were flooded with small amounts of water so they would freeze solid after a night of frost, thus having a rink to play on when the frozen lochs or ponds were unsafe. The first Curling Clubs were formed in Scotland as were the first rules to standardize curling and its equipment. The Grand Caledonian Curling Club was founded in Edinburgh in 1838, they formally adopted these new rules and became the sport’s governing body. They heavily supported the use of round granite stones and rather than eight players each throwing a single stone it changed to a team of four players using two matched stones each. Four years later, in 1843, Her Majesty Queen Victoria so fascinated by the game demonstrated on the polished floor of the ballroom of Scone Palace near Perth she granted the Club the title of Royal Caledonian Curling Club. Curling was firmly established in Canada by the Scots with The Royal Montreal Curling Club being established in 1807, the oldest sports club still active in North America.