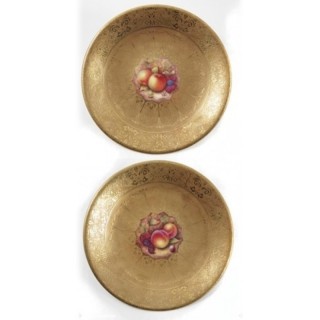 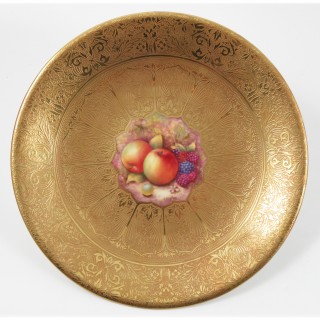 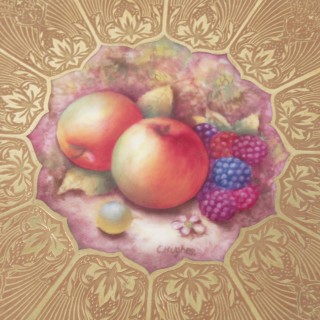 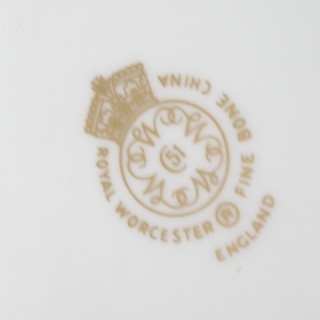 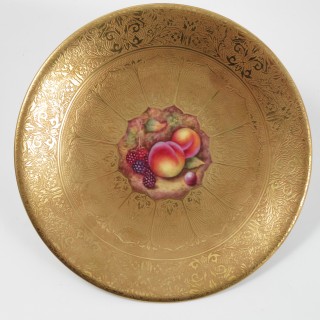 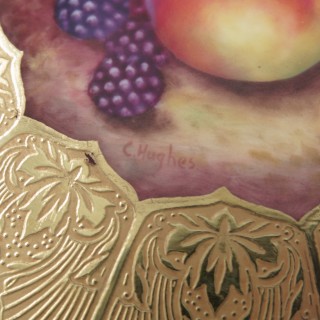 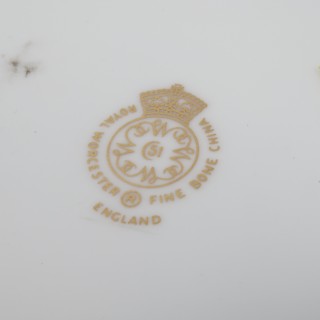 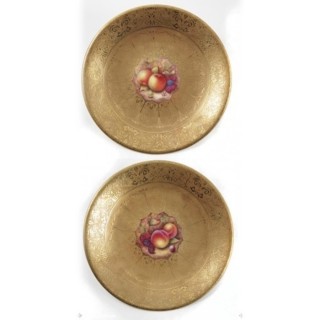 Both by Chris Hughes, one decorated with raspberries and apples to the centre the other with blackberries and peaches, both with exqusite gilded decoration.

Both are signed by the artist.