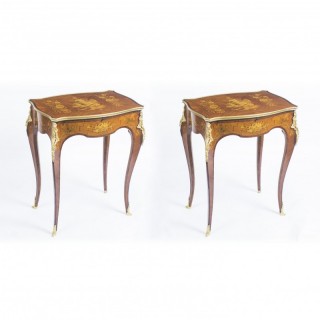 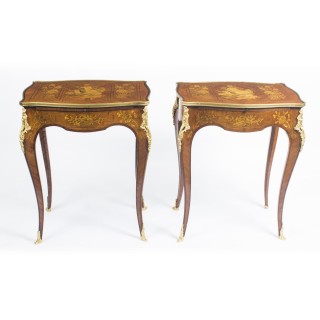 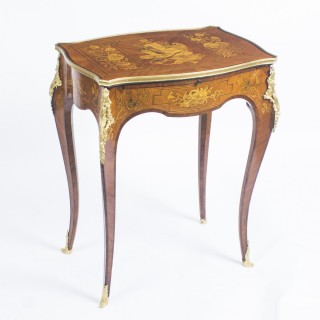 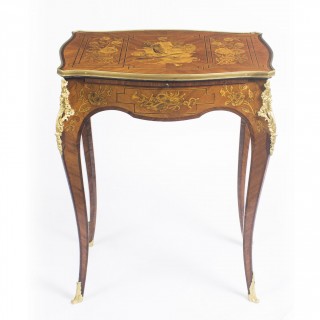 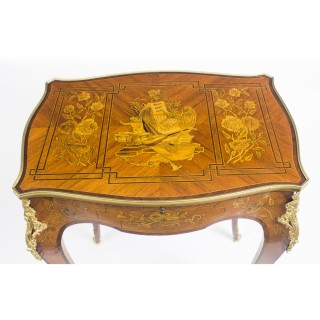 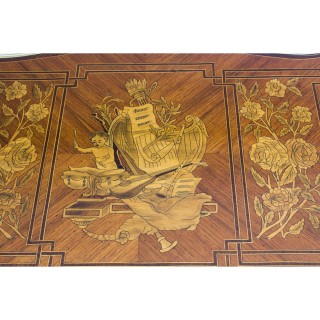 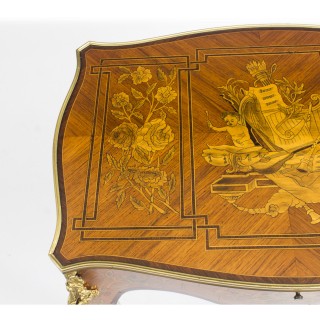 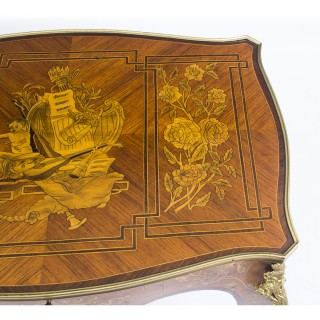 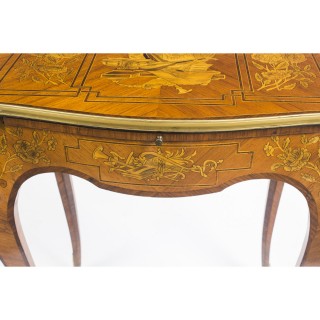 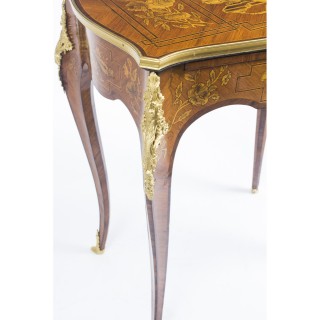 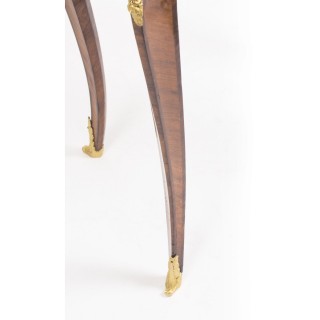 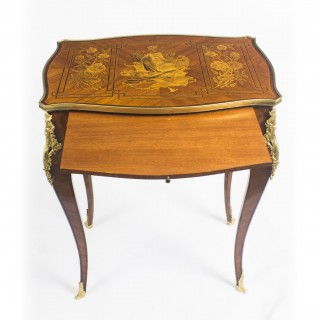 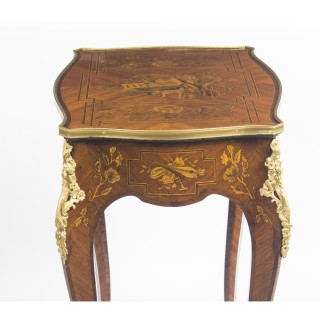 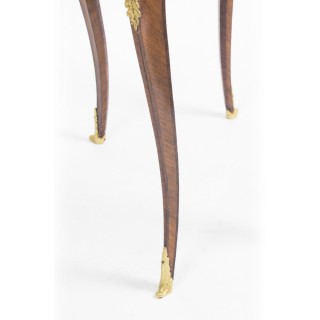 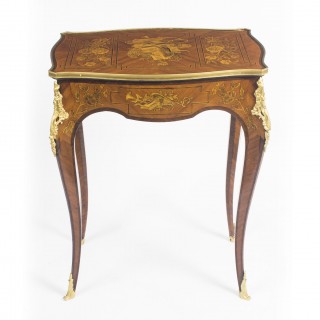 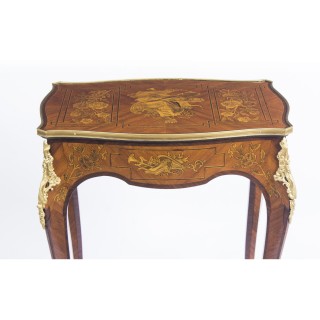 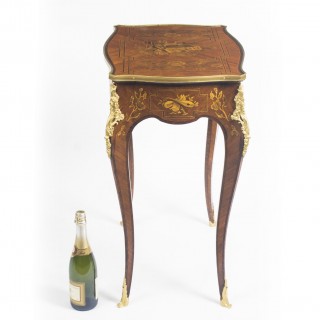 This is a beautiful pair of antique French oval marquetry and ormolu mounted occasional tables, circa 1900 in date.

Each has a useful pull out slide and is raised on four elegant tapered cabriole legs with foliate cast mounts and sabots.