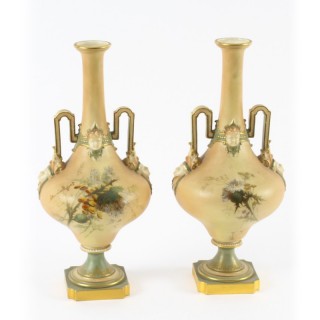 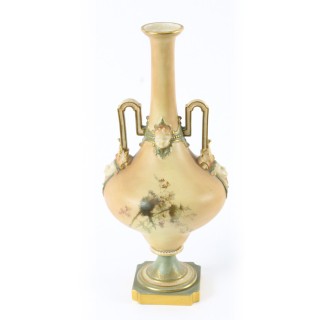 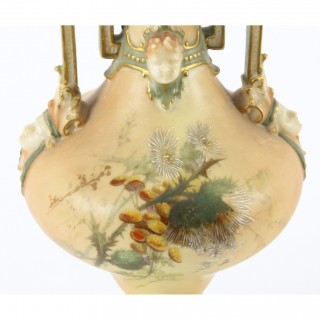 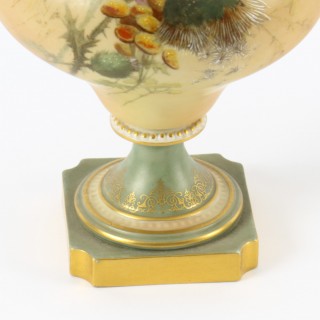 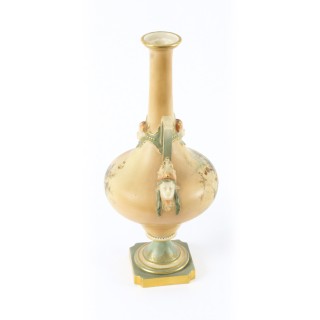 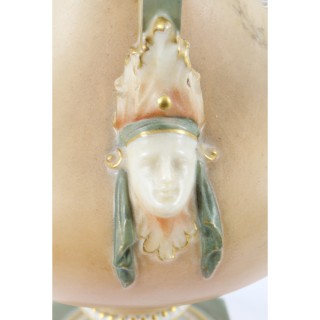 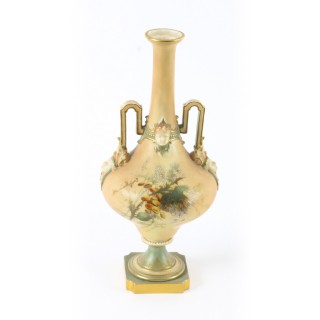 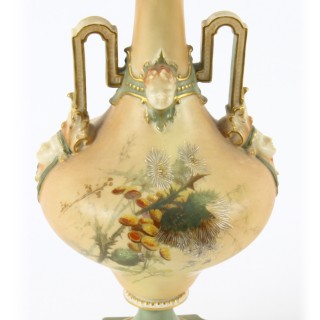 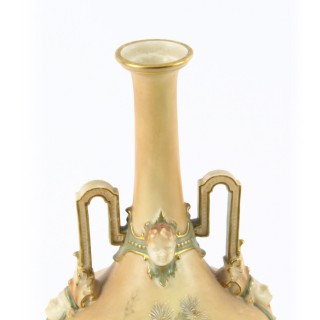 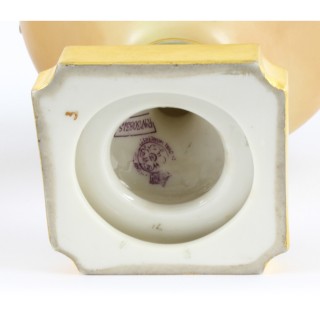 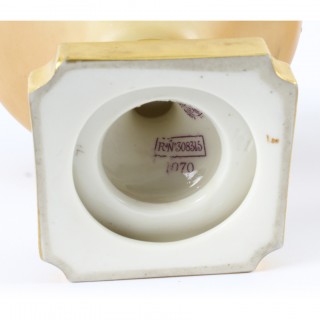 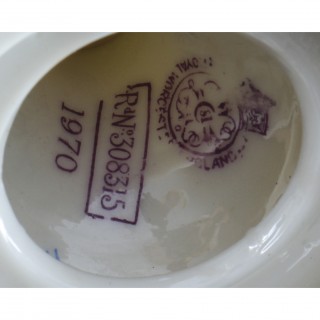 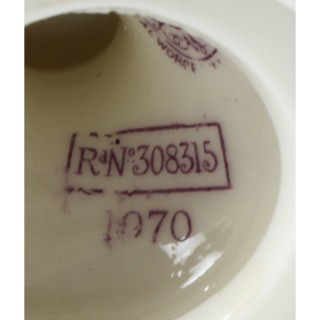 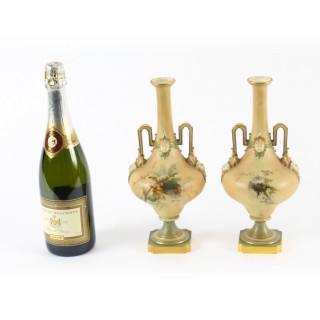 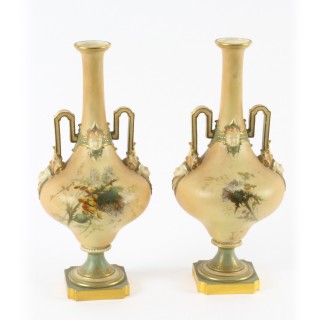 The pair are beautiful handprinted and painted with thistles, in colours on a blush ground, the neck and handle terminals feature masks.

The vases have tall necks with alternating gilt and white vertical bands which add extra elegance to this magnificent pair.