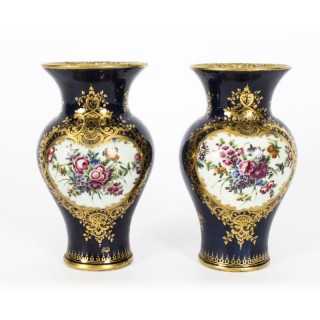 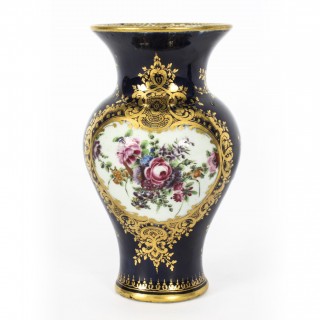 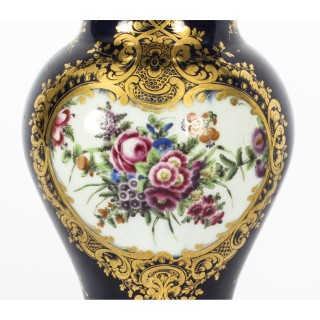 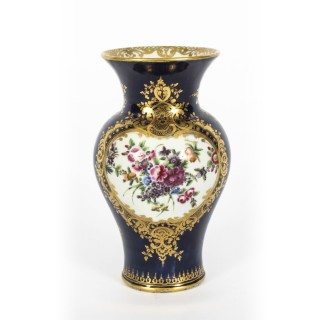 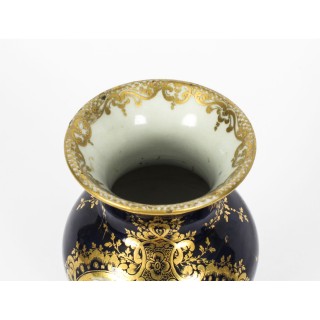 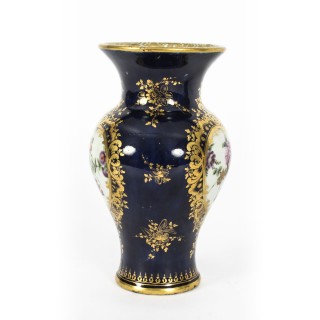 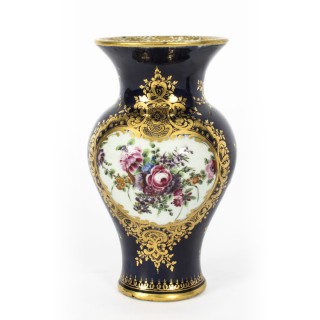 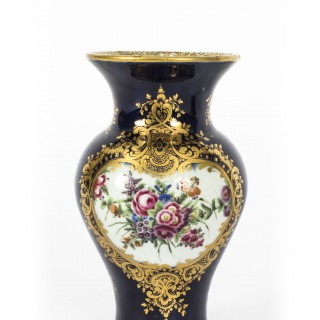 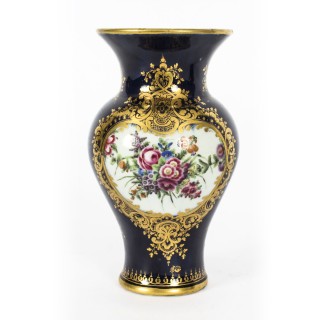 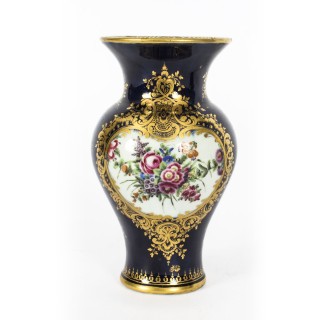 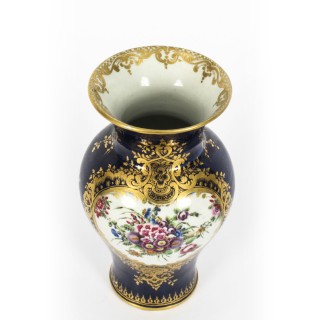 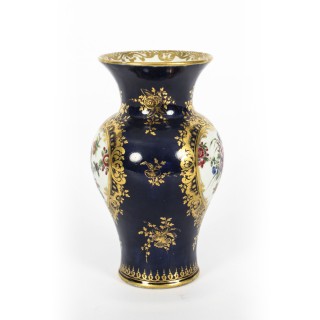 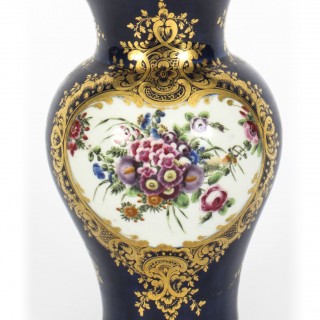 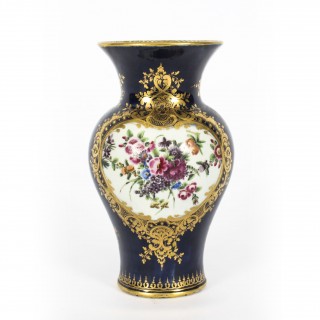 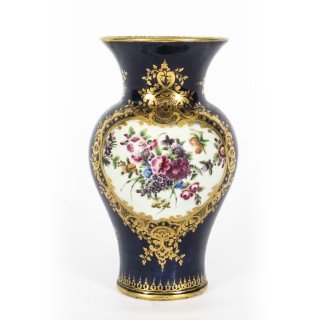 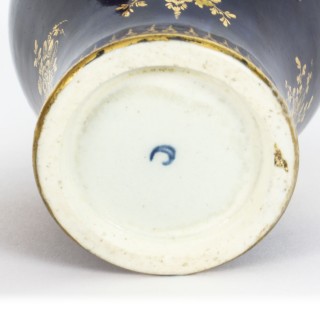 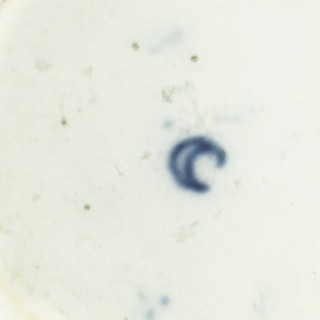 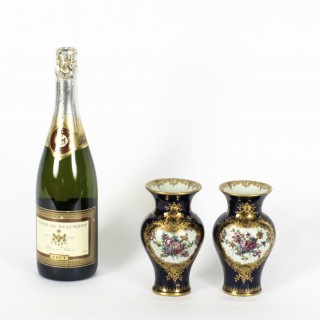 This is a beautiful pair of antique Royal Worcester porcelain vases, circa 1770 in date.

The baluster shaped vases with trumpet necks feature hand-painted decoration in the form of sprays of flowers on a blue ground and gilt highlights of scrolls and foliage.

They have crescents marks in under glaze blue underneath.