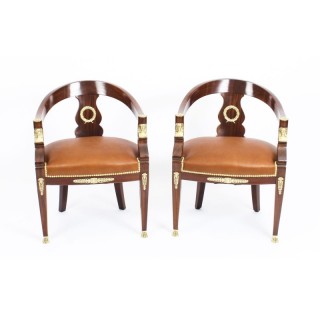 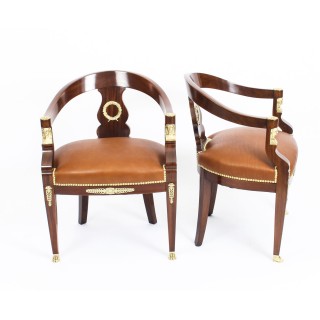 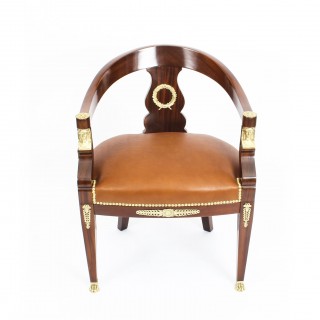 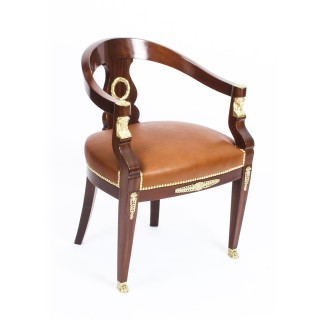 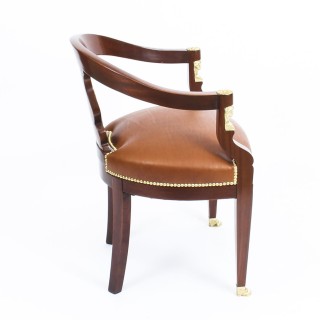 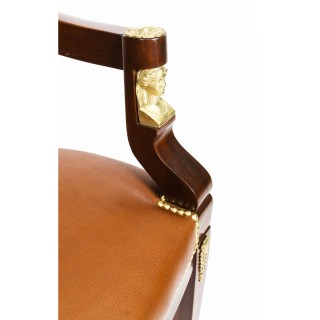 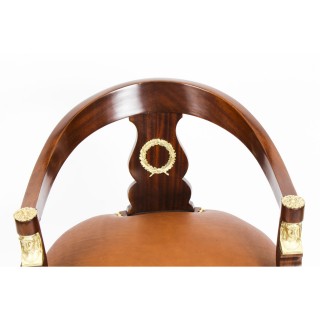 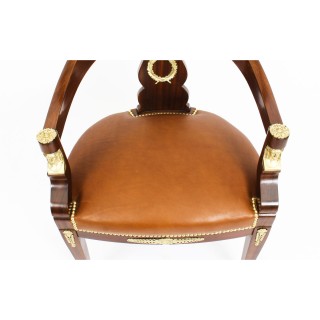 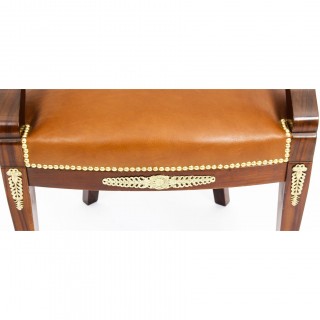 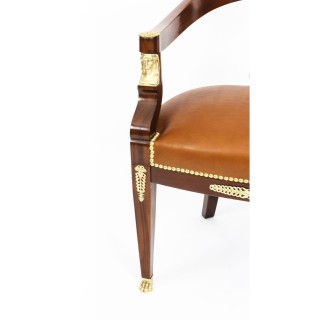 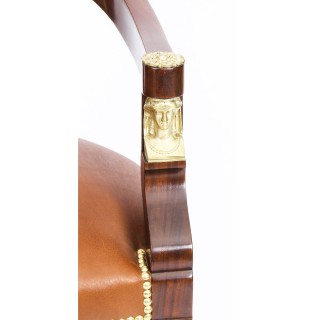 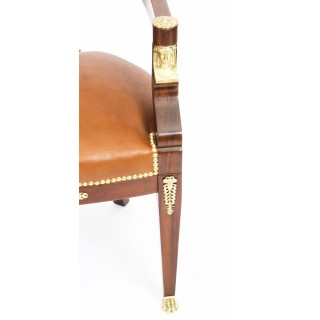 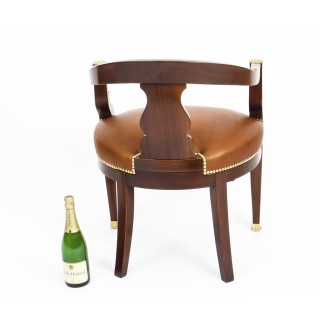 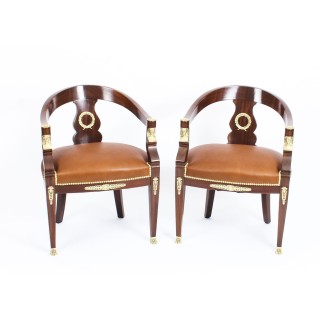 This is a beautiful pair of antique French Second Empire mahogany and ormolu mounted armchairs circa 1880 in date.

The mahogany is beautiful in colour and has been embellished with striking ormolu mounts.

The overstuffed seats have been reupholstered in a sumptuous tan leather.

Add a touch of elegance to your home with this exceptional antique pair of armchairs.

Condition:
In excellent condition having been beautifully cleaned,polished waxed and reupholstered in our workshops, please see photos for confirmation.