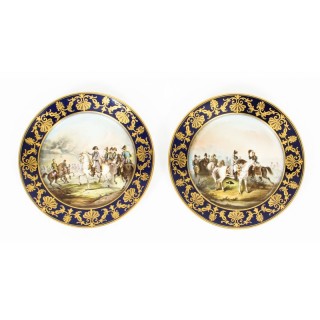 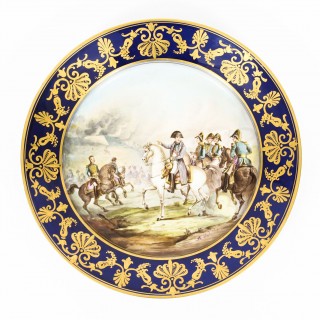 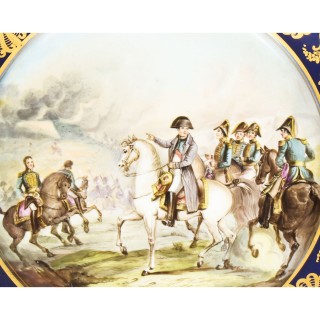 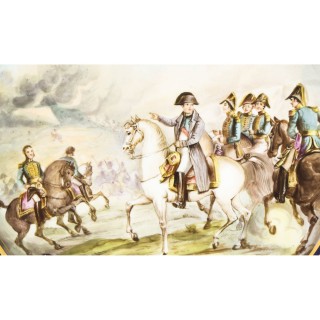 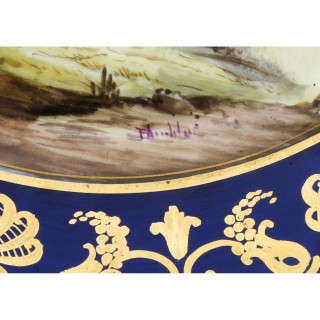 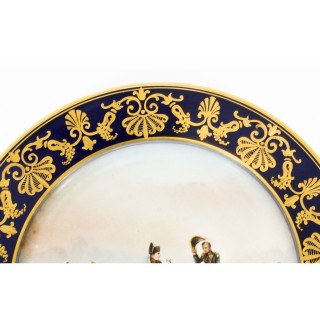 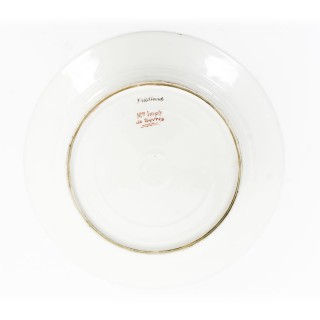 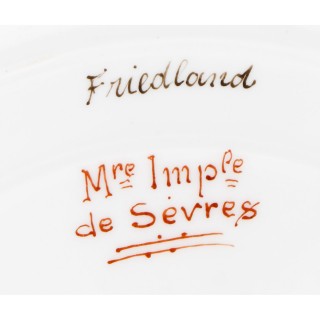 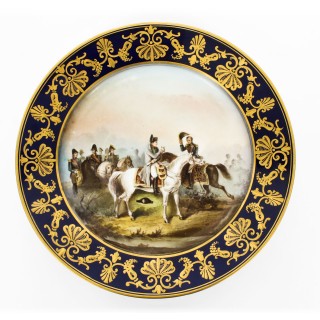 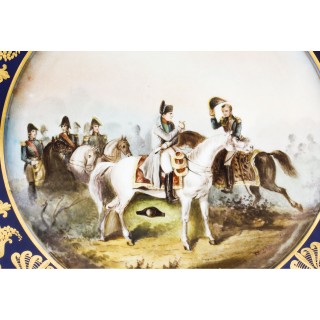 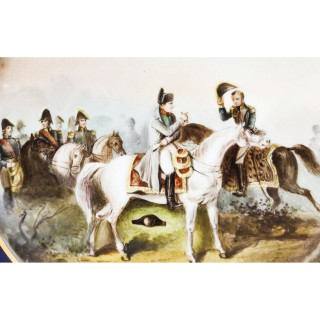 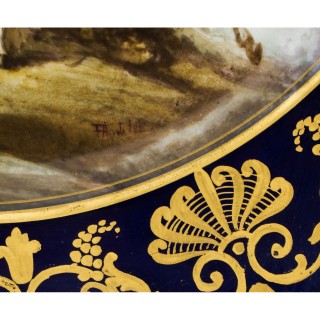 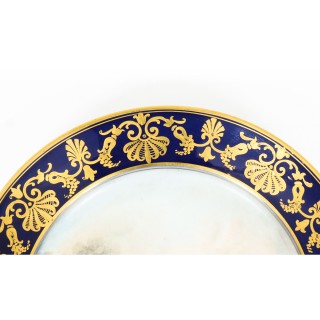 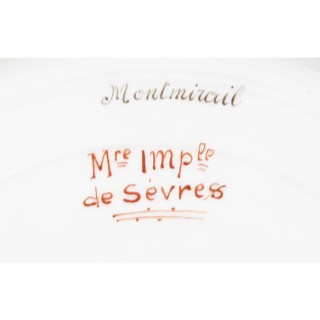 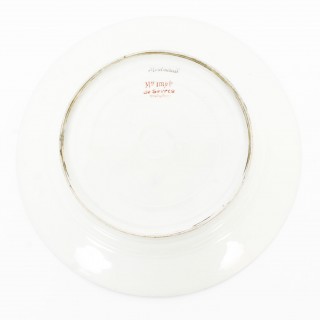 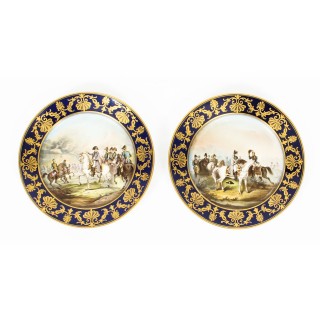 This is an enchanting antique pair of Sevres porcelain cabinet plates, late 19th century in date.

Both are beautifully painted with scenes from the life of Napoleon on the battle field with royal bleu borders with classical gilt decoration.

One is titled “Montmirail” on the undersides, for The Battle of Montmirail (11 February 1814) which was fought between a French force led by Emperor Napoleon, the other is titled Friedland for the Battle of Friedland (June 14, 1807) which was a major engagement of the Napoleonic Wars between the armies of the French Empire commanded by Napoleon I and the armies of the Russian Empire led by Count von Bennigsen.

Both bear the printed marks in red “Mre Imp de Sevres.”, for the Imperial Manufacture Sevres.

There is no mistaking the quality and unique design of these plates which are sure to be a treasured addition to your home.