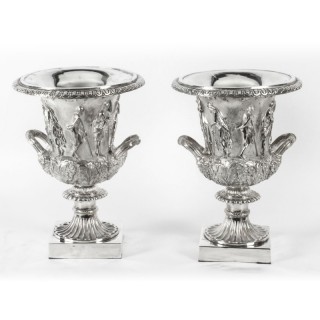 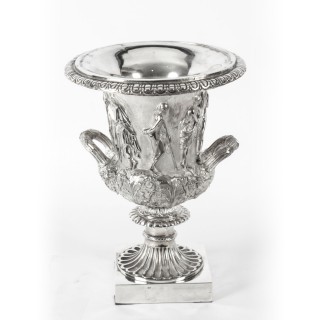 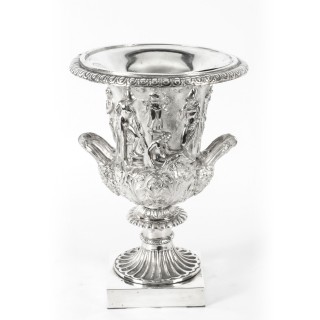 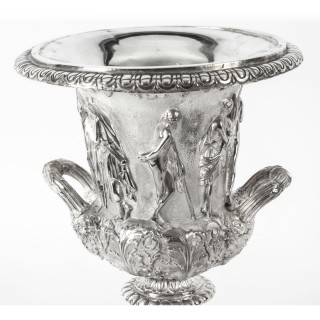 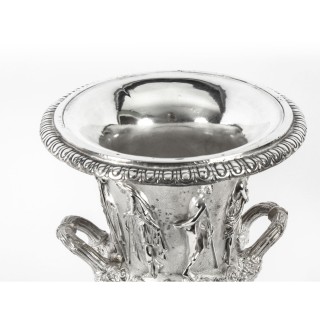 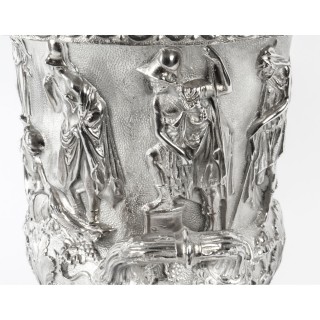 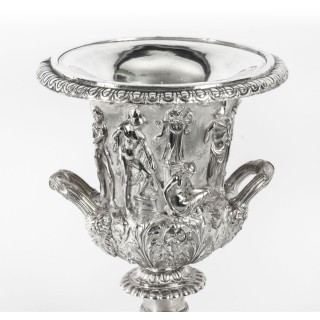 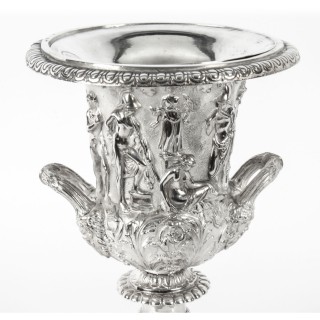 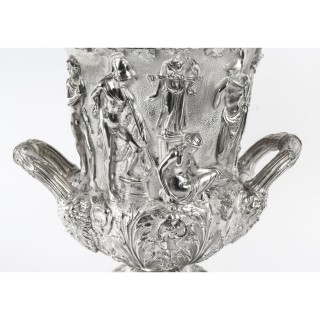 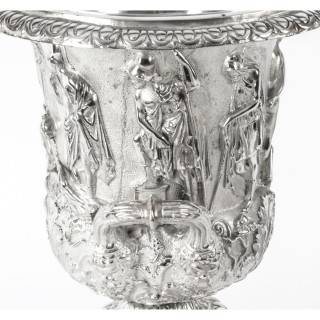 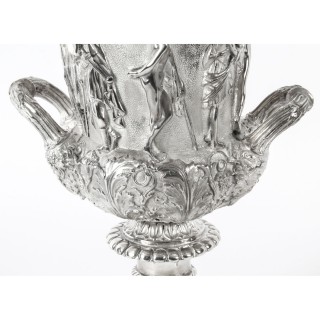 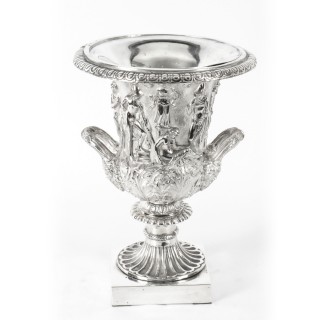 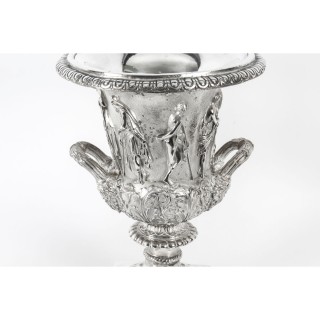 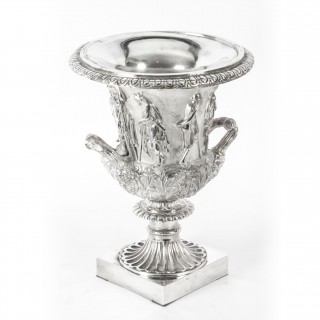 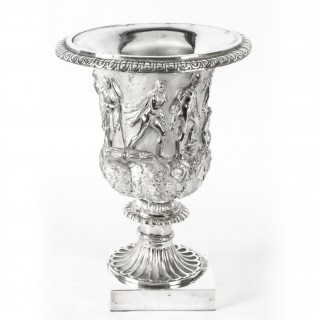 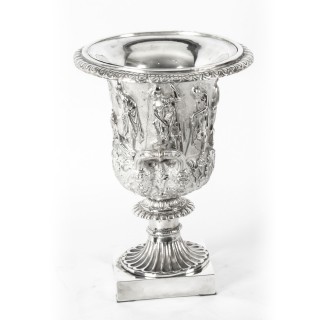 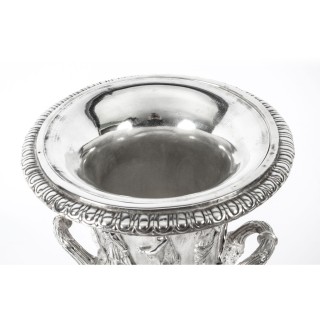 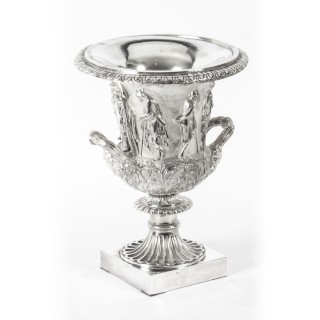 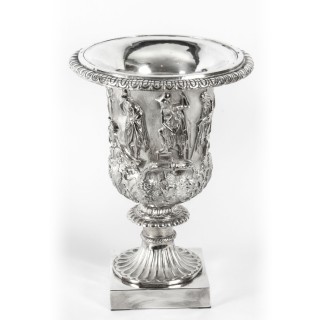 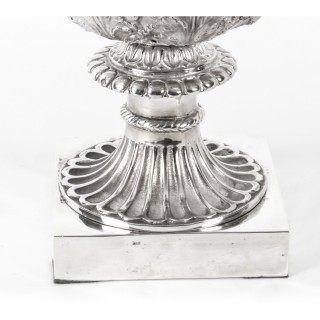 This pair of bronze campana urns are after the Borghese models with classical relief decoration with beaded rims and mythological figures on a pedestal base and square plinth.

The craftsmanship is second to none throughout all aspects of this pair and they are sure to add an unparalleled touch of class to your home.

Condition:
In excellent condition the silver having been replated, please see photos for confirmation.