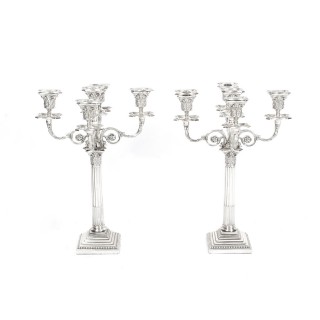 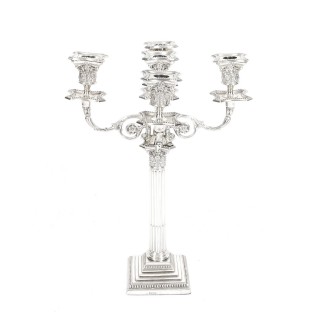 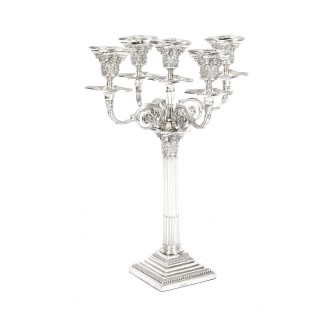 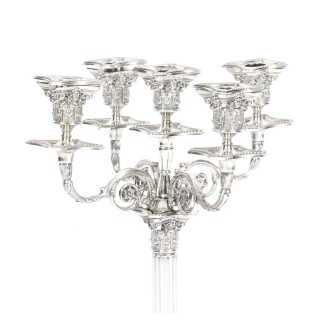 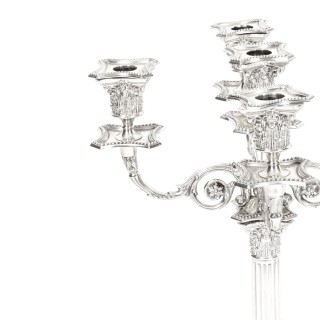 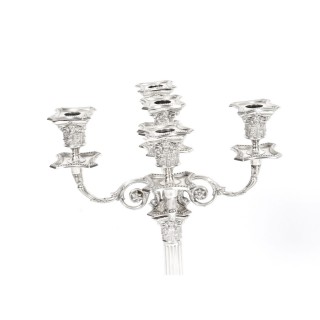 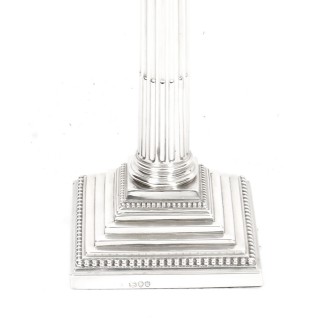 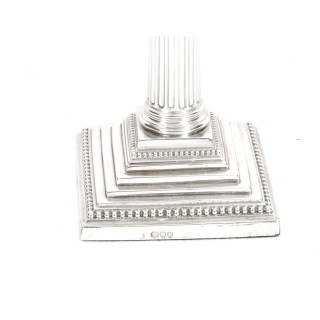 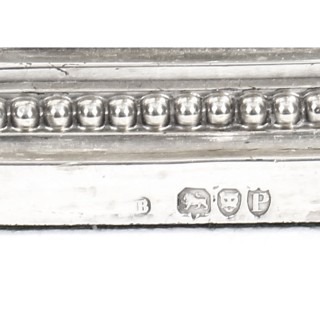 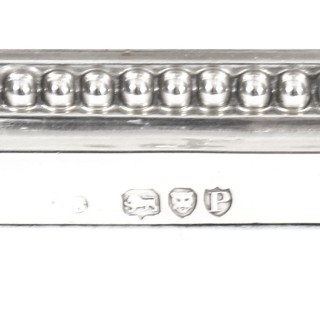 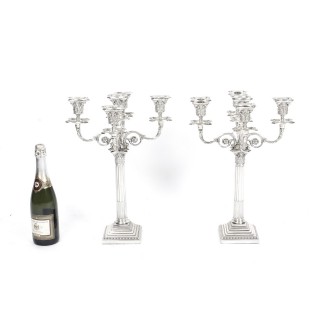 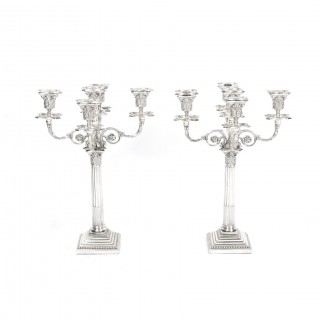 This is a magnificent high-quality pair of antique English Victorian sterling silver five-light candelabra, each bearing the maker’s mark of the renowned silversmith, Charles Boyton, and hallmarks for London 1890.

Each candelabra feature an impressive fluted Cothinan column with remarkable foliate capitals and a distinctive square stepped base that is further embellished with two elegant rows of beading; this additional ornamentation to the base is highly desirable.

Each candelabra has stunning decorative branches which feature truly splendid chased scroll design with stunning floral and foliate cast motifs throughout. All sconces are detachable and feature matching beading decoration to the borders.

The pair bear full hallmarks – the lion passant for sterling silver, the leopard’s head for London, the letter ‘p’ for 1890 and the maker’s mark ‘CB’ for Charles Boyton.

The attention to detail is absolutely fantastic and this high-value pair is certain to attract attention wherever placed.

Condition:
In excellent condition with clear hallmarks and no dings, dents or signs of repair.
Please see photos for confirmation.

Charles Boyton was a well known silversmith who was apprenticed in 1807 to William Seaman, Hull’s Street, St. Luke’s.

In the last period Charles Boyton (III) (son of C.H. Boyton) acted as governing director and the firm was active as wholesale manufacturer of silver and electroplate. The firm encountered economic difficulties and in 1933 a new company was created, entitled Charles Boyton & Son Ltd (active at Wardour Street from 1936 until 1977). In 1934 Charles Boyton (III) left the firm and opened his own business at 114 Marylebone Lane with retail premises at 98 Wigmore Street. His production in Art Deco style was engraved with a facsimile of his signature. The activity closed after 1948.