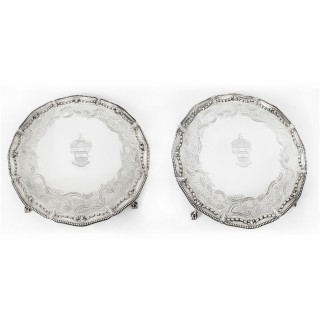 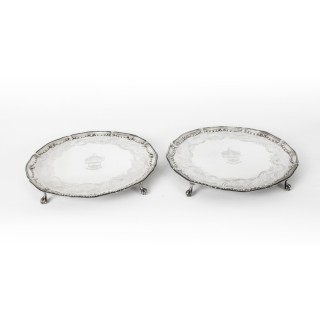 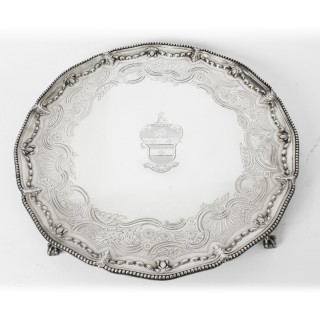 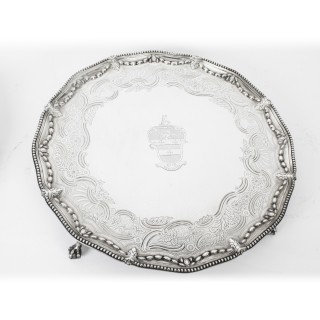 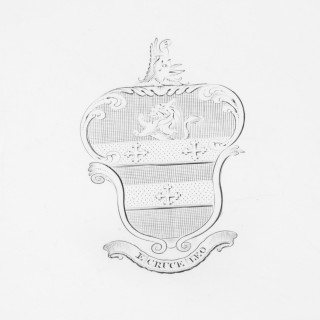 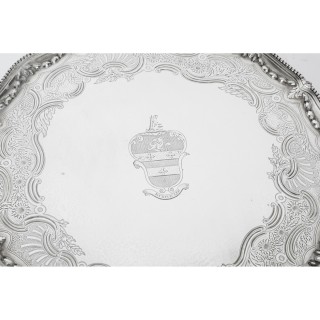 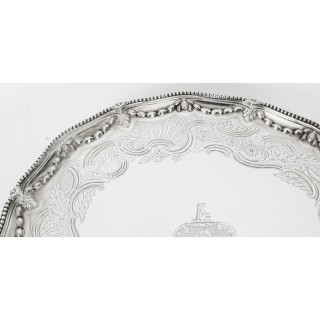 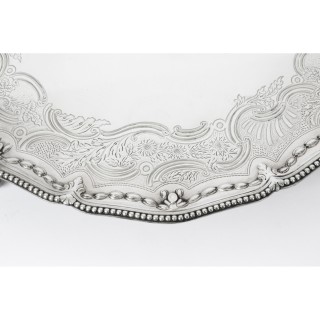 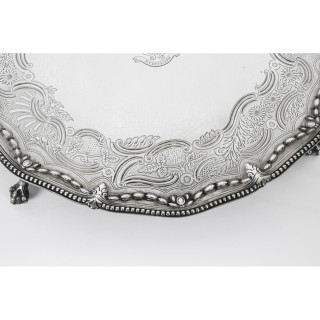 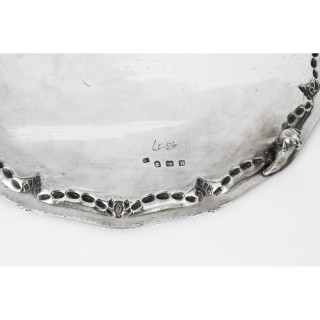 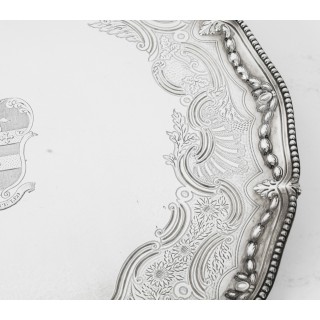 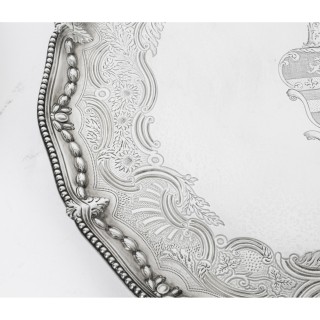 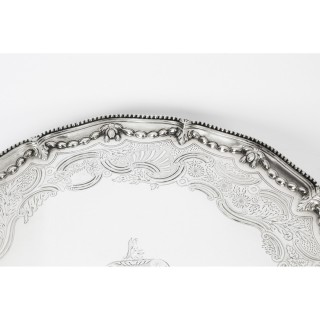 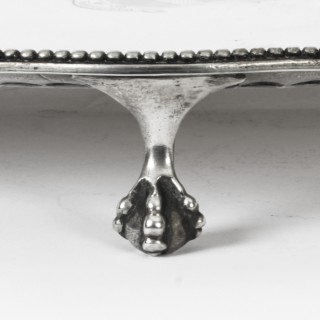 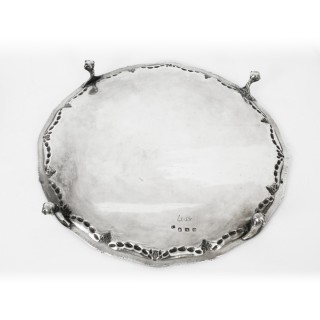 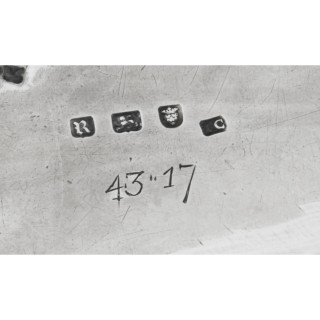 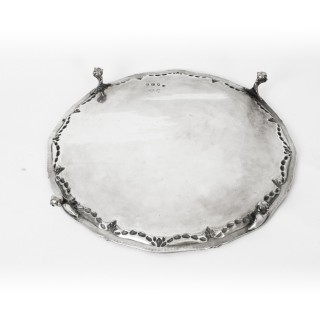 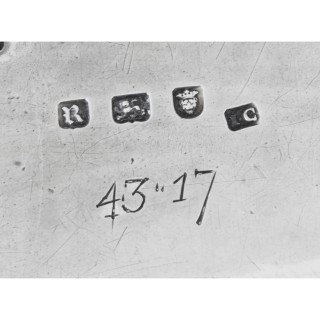 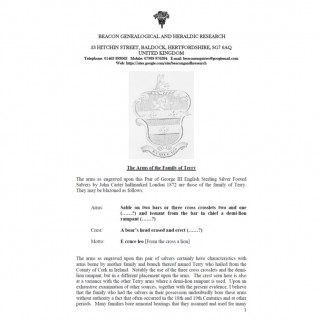 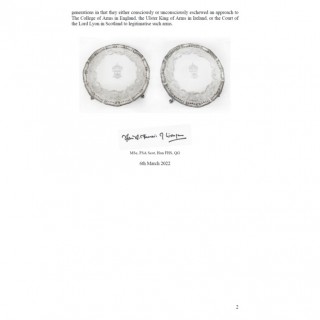 This is a wonderful pair of English 18th Century antique sterling silver salvers by the renowned silversmith John Carter.

They each have hallmarks for London 1772, the makers mark of John Carter and are typical of his work with the exquisitely detailed rims, ball and claw feet and the superb engraved decoration.

They each bear a beautifully engraved coat of arms and the crest of the Terry Family, which I have researched:

The Arms of the Family of Terry

The arms as engraved upon this Pair of George III English Sterling Silver Footed Salvers by John Carter hallmarked London 1872 are those of the family of Terry. They may be blazoned as follows:

Arms: Sable on two bars or three cross crosslets two and one (……?) and issuant from the bar in chief a demi-lion rampant

Motto: E cruce leo [From the cross a lion]

The arms as engraved upon this pair of salvers certainly have characteristics with arms borne by another family and branch thereof named Terry who hailed from the County of Cork in Ireland. Notably the use of the three cross crosslets and the demilion rampant, but in a different placement upon the arms. The crest seen here is also at a variance with the other Terry arms where a demi-lion rampant is used. Upon an exhaustive examination of other sources, together with the present evidence, I believe that the family who had the salvers in their possession undoubtedly bore these arms without authority a fact that often occurred in the 18th and 19th Centuries and at other periods. Many families bore armorial bearings that they assumed and used for many generations in that they either consciously or unconsciously eschewed an approach to The College of Arms in England, the Ulster King of Arms in Ireland, or the Court of the Lord Lyon in Scotland to legitimatise such arms.

This superb pair of salvers will look superb in your silver collection.

Condition:
In really excellent condition with clear hallmarks and no dings, dents or signs of repair. Please see photos for confirmation.

John Carter
John Carter was a London silversmith who specialised almost exclusively in candlesticks and salvers. He entered his first mark in 1776, but earlier also supplied his products to the celebrated workshop of John Parker and Edward Wakelin.