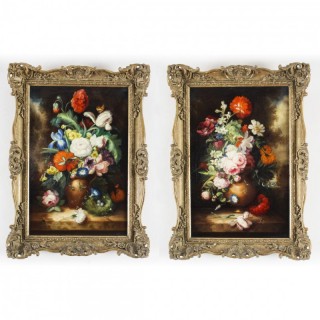 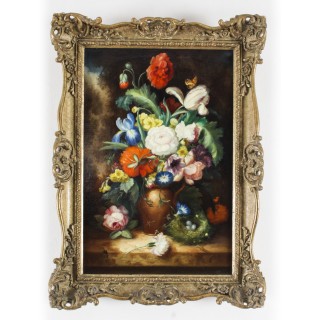 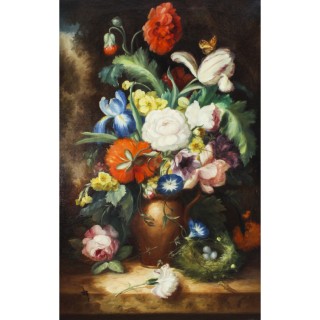 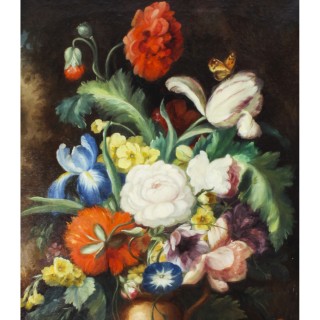 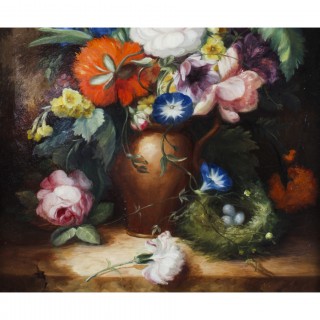 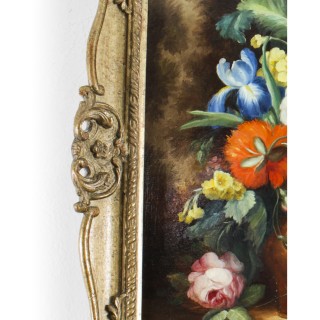 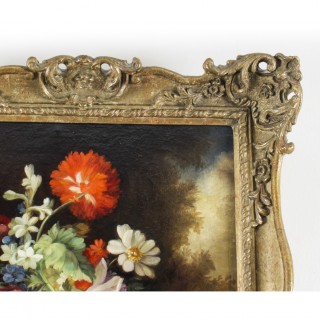 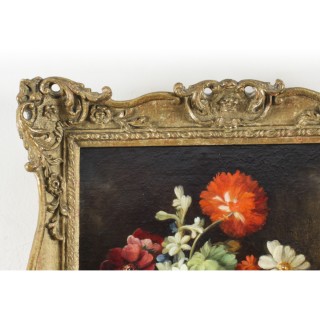 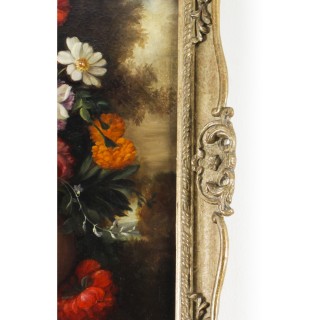 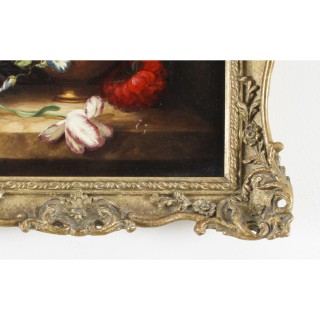 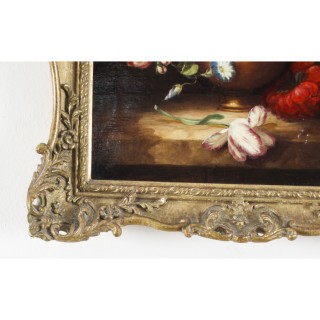 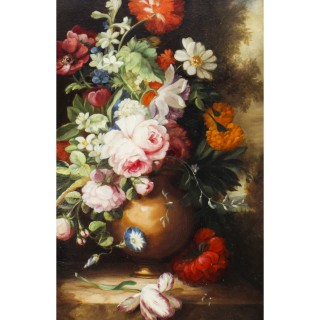 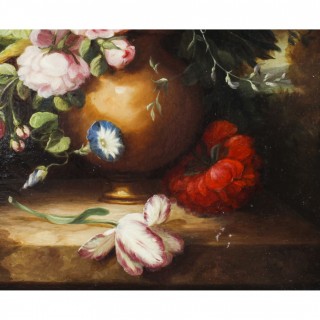 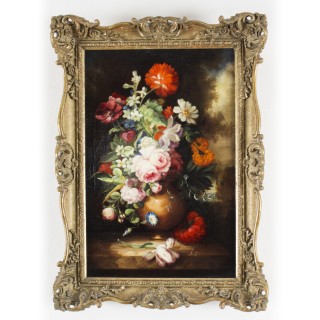 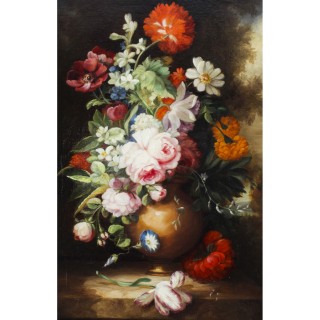 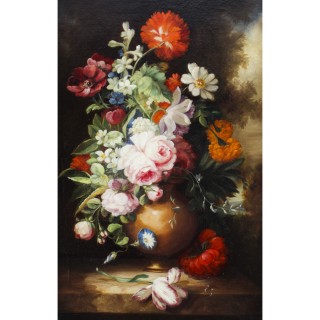 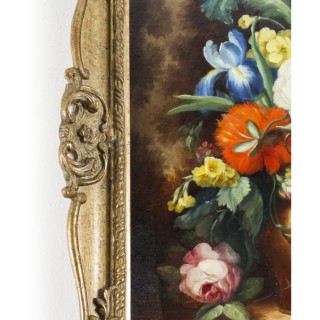 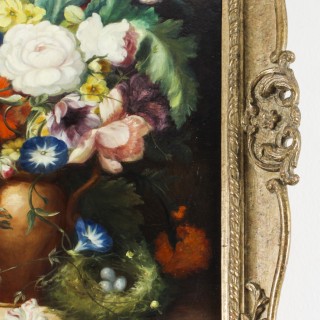 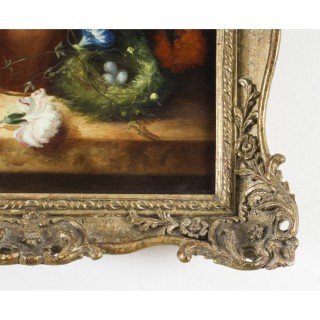 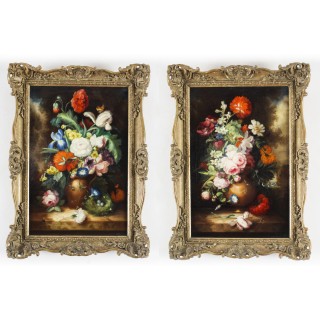 This is a magnificent pair antique oil on canvas European School still-life paintings with stunning gilt and gesso frames and dating from the late 19th century.

This splendid pair feature beautiful bouquets of flowers in vases on a stone ledge.

They are housed in their magnificent gilt gesso frames which are decorated with superb foliate decoration.

Add these splendid antique paintings to a very special wall in your home.

Condition:
In excellent condition the paintings and frames having been beautifully cleaned in our workshops, please see photos for confirmation.