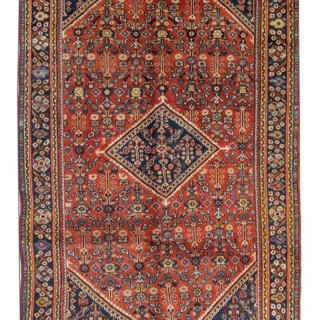 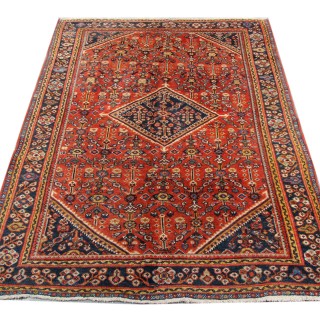 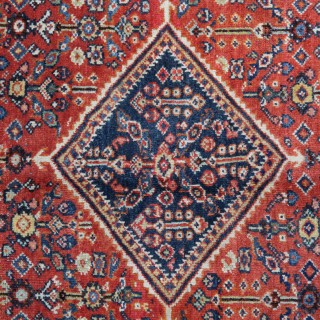 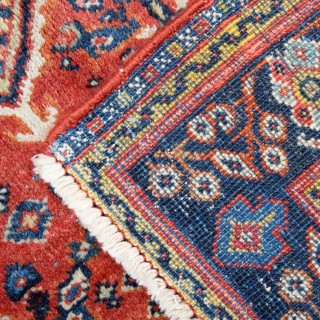 Bold and full of character, this eccentric early 20th century Persian Mahal offers a rich cornucopia of lively Herati motifs. With its bold elemental nature patterns and a vibrant color palette, this majestic antique Mahal rug is immersed in Persian history and embodies pure rectilinear style. The Herati motif is widely used in Iran and believed to represent the small fishes come up just beneath the surface of the water to swim in the full moon’s reflection. The dynamic all-over Herati pattern embellished with serrated details combined with playful florals unfold a well-balanced composition. The geometric floral motifs and Herati designs evoke the interior ornamental detail and coloration throughout the entire structure. Sharply defined geometric motifs and delicate botanical decorations adorn the central medallion while complementing the same designs that appear in the full quarter panels. The main border features an abstract floral pattern that complements the traditional reciprocating series of guard borders. With its masterful mix of modern and historical, this Mahal is well suited for traditional, contemporary and modern interiors. arket for their versatility with the finest interiors and other works of art.

The city of Mahallat, which is between the cities of Arak and Delijan, in old Sultanabad area, is not only famous for rugs and carpets, but also exploring this world revealing ancient traditions and secrets passed down for thousands of years from generation to generation. Persian Mahal rugs have become perhaps the most desirable among Persian village weavings, as they appeal strongly to both connoisseurs and interior designers. Many Mahals are recognized with their all-over motifs such as the Herati and the Mina Khani, while others present the central medallion format, often seen in other Persian carpet styles. Classic Mahal antique carpets are favored by many for their originality and inspired artistry and have forged an important niche in today’s interior design m 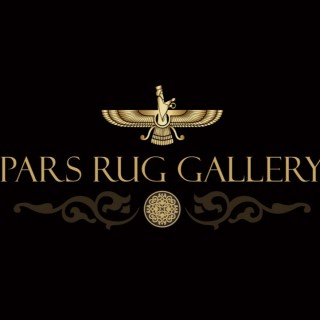 124a The Hundred
Romsey
Hampshire
SO51 8BY