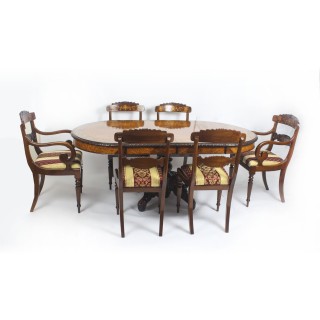 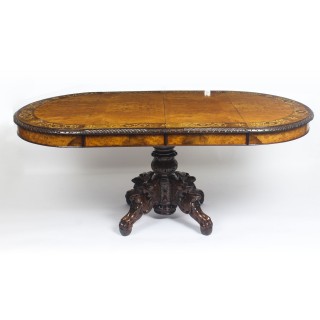 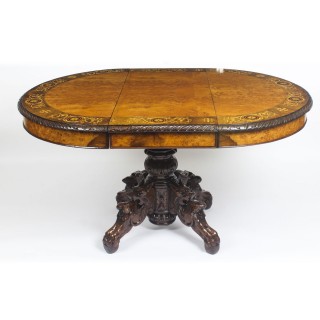 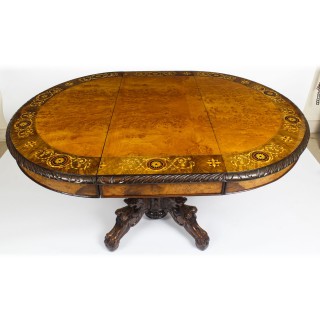 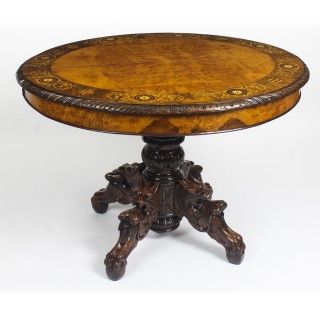 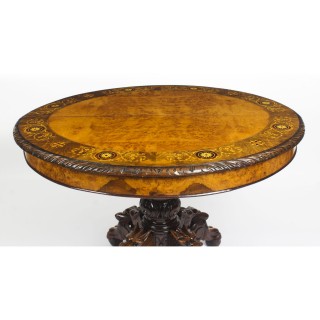 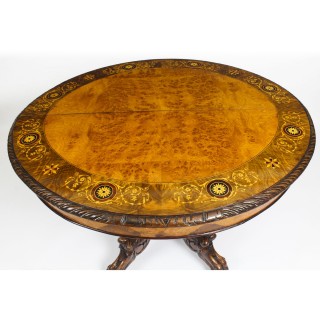 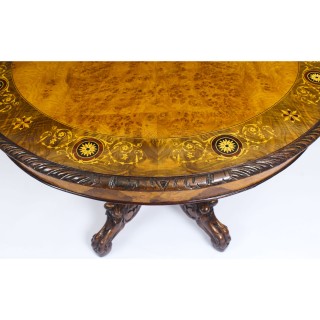 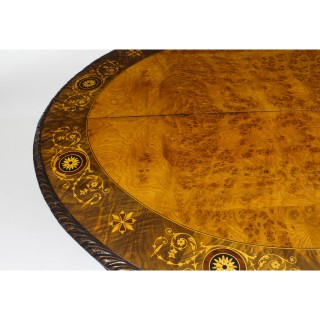 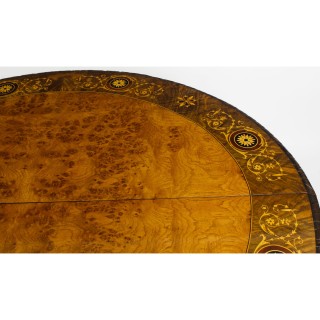 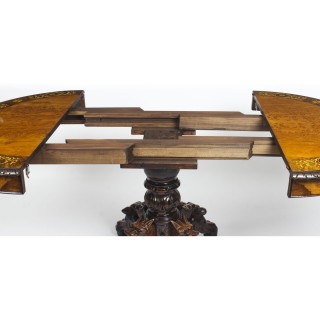 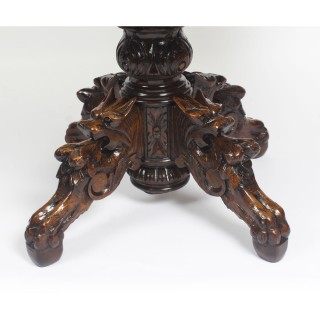 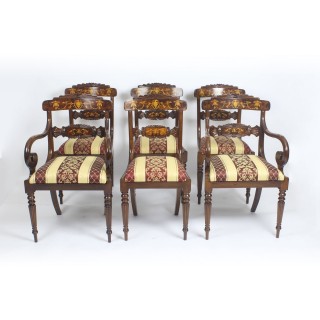 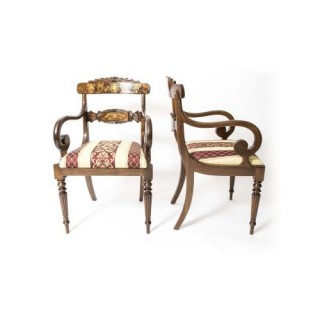 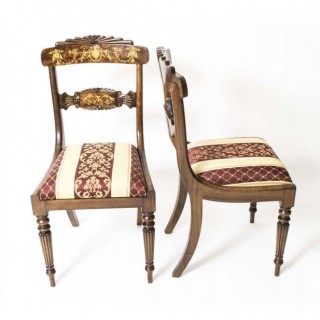 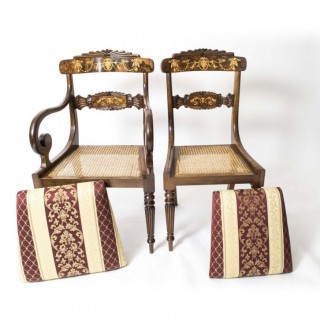 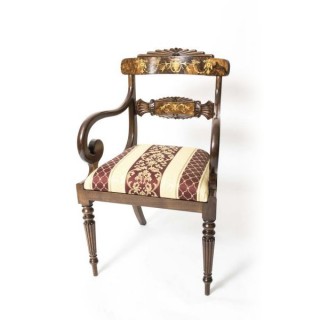 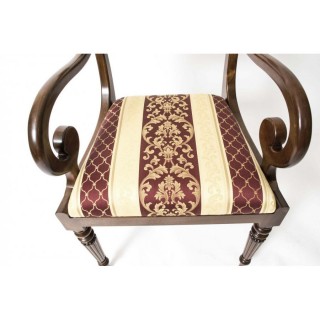 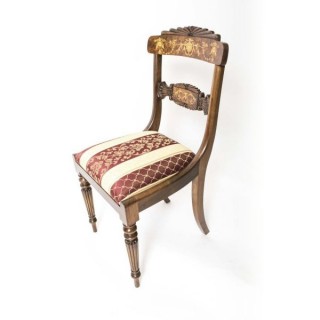 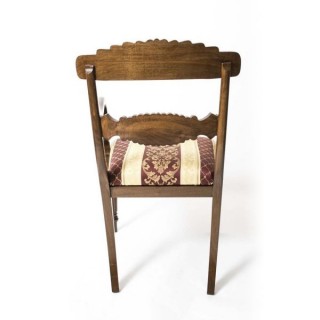 There is no mistaking the style and design of this exquisite Victorian pollard oak and marquetry dining set comprising an extending dining table, circa 1880 in date with a set of six bespoke marquetry dining chairs.

This stunning table has two leaves which can be added or removed as required to suit the occasion and can comfortably seat eight.
The top and base has been hand-crafted from solid oak. The top has been veneered in beautiful Pollard oak, which is seen in the intricate burr on the table top, with a decorative band of marquetry on a burr walnut ground with a decorative carved and moulded edge..

The chairs have elegantly carved solid walnut frames. They all have drop in seats which are covered in a royal burgundy and gold upholstery. Underneath these upholstered cushions are weaved cane seats. This variation allows for cooler and more comfortable dining in the warmer summer months.

Whatever the function of this gorgeous set, it will make a profound impression on your guests and will receive the maximum amount of attention wherever it is placed.

Pollard Oak
Pollarding is a pruning system in which the upper branches of a tree are removed, promoting a dense head of foliage and branches. It has been common in Europe since medieval times and is practised today in urban areas worldwide, primarily to maintain trees at a predetermined height. The bole of the tree, constantly cut back over a period of years, will eventually form a lump, or ‘burr’, which when sawn for veneer, gives a lovely grained, swirling figure.
The effect is similar to that of burr walnut with its distinctive speckled grain. Burrs, or ‘burls’, are growths which appear on the side of tree trunks, resulting from a tree undergoing some form of stress. They may be caused by an injury, virus or fungus.
During the 19th century great strides were made in the mechanisation of cabinet making. Marc Isambard Brunel [ Isambard Kingdom’s father] built the first steam driven saw mill, and invented a circular saw that could be used to cut veneers thinly and evenly for the first time. He also developed the first hydraulic veneer press. The figured wood cut from burrs and pollards is notoriously difficult to cut and lay: the wild grain which makes it so attractive results in a very delicate, brittle veneer. The new machines enabled the Victorian craftsmen to make the most of these beautiful timbers.