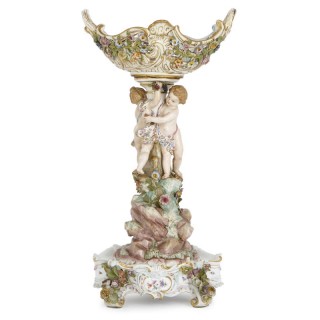 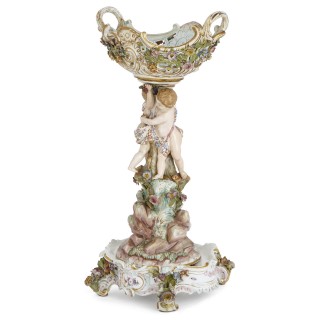 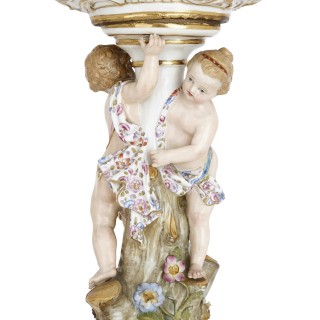 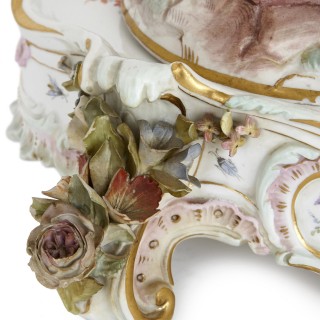 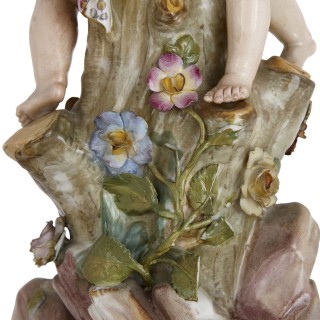 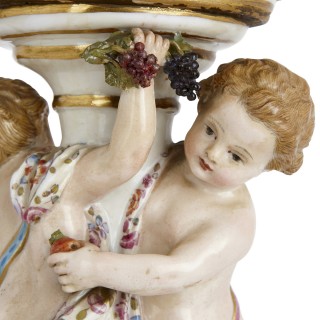 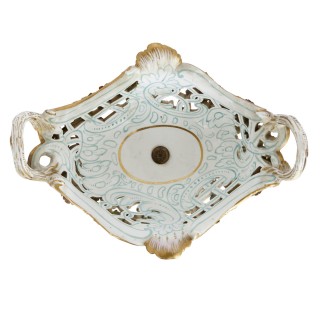 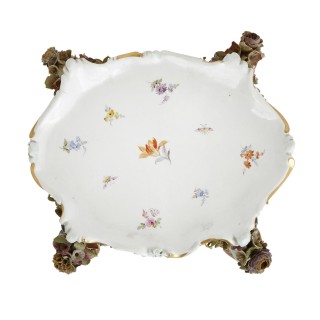 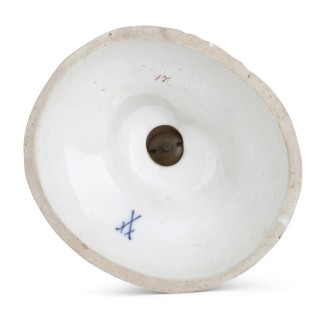 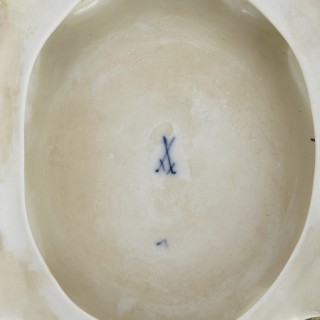 This delightful centrepiece was crafted by the Meissen Porcelain Manufactory. Established in Germany in the early 18th Century, Meissen was the first factory to produce true porcelain wares in Europe. The company specialised in the production of Rococo style objects, like this piece, which often featured modelled porcelain flowers and figures. This centrepiece is signed, on the underside of both its base and top, with the blue-painted crossed swords of the Meissen factory.

The centrepiece takes the form of a white twin-handled basket, with scrolled edges and scallop shell decoration. The basket is parcel gilt and woven with three-dimensional colourful flowers. The basket is supported on a tall stem, which is decorated with two sculptures of fair-haired, semi-nude putti, stood on a grassy mound. The putti stand on either side of the stem, facing different directions. They hold clusters of grapes and ripe fruit in their hands, and have content expressions on their faces. This centrepiece stem is placed on a scrolled white base, which is decorated with scallop shells and cartouches. The base is finely parcel gilt and painted with depictions of flowers and insects. It is set on four scroll feet, which are covered with colourful modelled flowers.